Bianca Andreescu will not defend US Open title 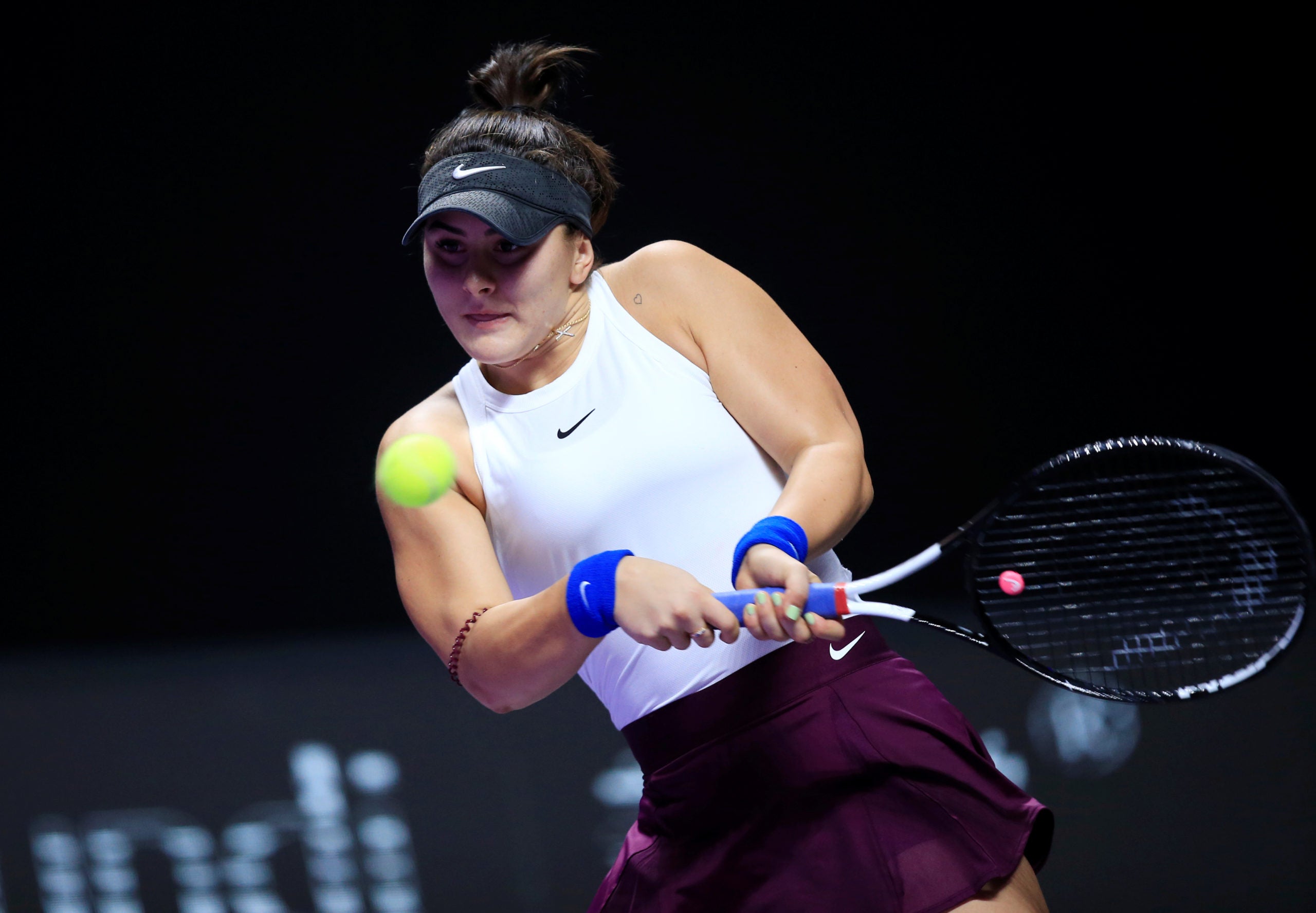 TORONTO– Bianca Andreescu said on Thursday she will not defend her title at the U.S. Open in New York as the COVID-19 pandemic has compromised her ability to reach her highest level of form.

The 20-year-old Canadian, who has not competed since she suffered a knee injury last October at the WTA Finals in Shenzhen, joins a growing list of high-profile players to pull out of the Aug. 31-Sept. 13 event.

“After many discussions with those closest to me, I have made the difficult decision not to return to New York this year,” said Andreescu, who beat Serena Williams last year to become Canada’s first tennis Grand Slam singles champion.

“I have taken this step in order to focus on my match fitness and ensure that I return ready to play at my highest level.”

Her decision also means the Grand Slam will be missing both reigning singles champions as men’s world number two Rafael Nadal previously said he would skip the event.

“The U.S. Open victory last year has been the high point of my career this far and I will miss not being there,” said Andreescu.

“However, I realize that the unforeseen challenges, including the COVID pandemic, have compromised my ability to prepare and compete to the degree necessary to play at my highest level.”

The United States Tennis Association decided to go ahead with the Grand Slam without spectators while players will be asked to follow strict measures, including regular testing, in a bid to avoid the spread of the virus.

“I want to express my appreciation to the USTA and the WTA for all of their efforts in making the event happen,” said Andreescu. “I look forward to joining my competitors back on court soon.”

Mourinho on the exchange with Lampard: just expressed the opinion of the old coach to a young colleague. Be calm when the team wins
The Premier League was spooked by chaos with a penalty for playing with his hand (6 for 3 rounds). The judges were asked to take into account the context - proximity to the opponent and the position of the hands
Bayern midfielder kuizans will be examined in Leeds today, the transfer amount is 20 million euros
Bayern can sign Lemar from Atletico
Kolasinac will move to Bayer from Arsenal for 11 million euros + bonuses (Fabrizio Romano)
Dyer called the toilet the best player of the match between Tottenham and Chelsea
Ferencvaros will play in the Champions League group for the first time since 1995. This is the longest break between the first and second appearances
Source https://sports.inquirer.net/401304/bianca-andreescu-will-not-defend-us-open-title

‘Going for quality, not quantity’: In allowing tourists back, Cebu warns vs COVID-19 protocol violation

UN meeting that began with unity concludes with divisions

Jerwin Ancajas, Eumir Marcial off to US for training

32 acquitted in razing of mosque that set off India violence

Cayetano offers resignation as Speaker of the House of Representatives

Cayetano dares Velasco to probe Phisgoc: Put me in jail if you find anomalies

Butler shrugs off ‘underdog’ tag as Heat brace for Lakers

Heat out to make NBA history against Lakers

Sotto: Senate ‘can work with any Speaker’

These Bedroom Slippers Are Stylish Enough to Wear Outside

The day the music died: Virus kills one of Seoul’s oldest nightclubs

A month to remember for Pinoy karateka, claims 12th gold

Abueva joins Phoenix in bubble, ‘no guarantee yet’ on PH Cup return

Heart Evangelista Is Signing Off As Kamiseta’s Creative Director

What Is The Scientific Name Of Goblin Shark? (ANSWER)

‘They are making up stories’: Cayetano camp denies insulting Velasco before Duterte

Ellen Adarna to fan with cheating partner: ‘You deserve what you tolerate’

Ellen Adarna ‘You deserve what you tolerate’: Netizens Relate to Real Life

What Is Argue? Definition And Usage Of This Term

‘Rocky’, ‘Legally Blonde’ to get ‘films in concert’ treatment

Police seize P1.7M worth shabu from teacher in Camarines Sur

Soldier Behind Shooting In PMA Has Mental Health Issue

Dani Barretto Got This Heartfelt Birthday Message for Her “Pikey”