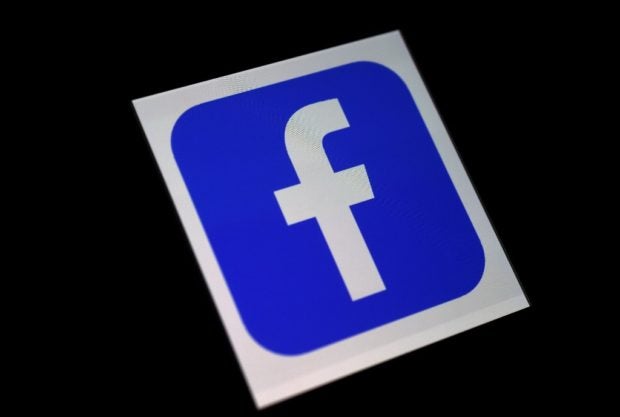 (FILES) In this file illustration photo taken on March 25, 2020 a Facebook App logo is displayed on a smartphone in Arlington, Virginia. Photo by Olivier DOULIERY / AFP)

Facebook on Friday said it is banning content that promotes “conversion therapy,” which is based on the unfounded notion that gays can change their sexual orientation through psychological or spiritual intervention.

Facebook and its image-centric social network Instagram are updating policies to require removal of content that directly promotes conversion therapy when such posts are flagged by users, according to the California-based internet giant.

The move is an extension of an existing ban on ads that promote the tactic, which medical experts consider ineffective and often harmful.

“We don’t allow attacks against people based on sexual orientation or gender identity and are updating our policies to ban the promotion of conversion therapy services,” a Facebook spokesperson said in response to an AFP inquiry.

“We are always reviewing our policies and will continue to consult with experts and people with personal experiences to inform our approach.”

Conversion therapy “interventions” include electric shock, food deprivation and chemically-induced nausea, the American Medical Association has said in a report.

Empirical evidence demonstrates that sexuality and gender identities in people vary naturally, with the idea of “conversion” a misconception, the report said.

Such “sexual orientation change efforts” not only don’t work, but they may also cause significant distress, the AMA said, citing a study showing they caused depression, anxiety, alienation, and other ill effects.

Another study cited by the AMA found that nearly 30 percent of people who underwent conversion therapy reported suicide attempts.

Hazard will be in the starting line-up of Real Madrid for the first time in the Champions League play-offs
Milan is Interested in Torreira. Arsenal are ready to sell the midfielder
Lineker on bale: People have no idea what's really going on with one of the best players of our time
Lionel Messi: Aduriz will be missed by everyone in La Liga. He's a Bombardier
Shakespeare became an assistant coach at Aston Villa
In England, the stadium can be closed to spectators for racism. Players will be disqualified for 6-12 matches for discrimination
Hans-Dieter flick: I will Understand if Tiago wants to play in the Premier League
Source https://technology.inquirer.net/101946/facebook-bans-content-promoting-conversion-therapy

China sentences another Canadian to death on drug charges

Canada to slap Can$3.6 B counter-tariffs on US aluminum

Indian plane skids off runway, splits in 2 on landing

Dingdong at 40: Grateful for 2 of life’s ‘greatest gifts’

Bigger risks for Cinemalaya in the new normal

Hopes up with Russian vaccine ready by October

Because of your little faith

PH looking to send at least 15 athletes to Tokyo Olympics

No Internet allowance for teachers

PH gets Avigan for trial vs COVID-19

Homecoming for Filipino dead in Beirut blast turns into mourning

Here's How You Can Enjoy Hotel Eats While Helping Kitchen Workers