Gina Torres steps into the spotlight with ‘Suits’ spinoff 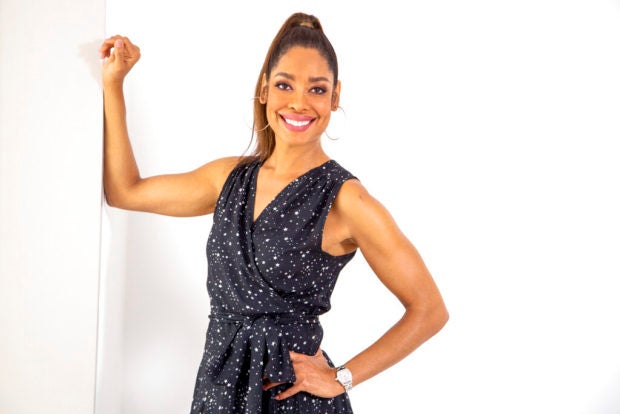 Gina Torres stars as Jessica Pearson in the spinoff where her character has been disbarred and can no longer practice law. Image: Andy Kropa/Invision/AP

NEW YORK — Gina Torres used to wonder about the back story of her “Suits ” character, Jessica Pearson.

The character was the co-founder and boss of the law firm at the center of the show, but that was about all that was known.

Torres’ questions are answered in the new spinoff, “Pearson,” that premiered Wednesday on USA.

As the show begins, Pearson has been disbarred and can no longer practice law. She relocates from New York to Chicago where she’s hired as the unofficial fixer for the mayor, who is married, but involved with the city attorney.

“Pearson” is “not Suits 2.0. It’s not Suits Jr.,” Torres said. It’s not a legal series or a procedural and is different in tone from “Suits.”

“I like to call it a legacy show because clearly I come from the world of ‘Suits,’ but it’s a very, very different animal,” she said. “It’s not a different Jessica, it’s just more of Jessica in a place of evolving. She’s sort of questioning her choices, she’s looking forward to what she wants to do and there’s still more to accomplish.”

Torres also serves as an executive producer, a role that has been one of her career goals.

And as Torres embarks on this new chapter, it seems surreal that her former co-star Meghan Markle is now the Duchess of Sussex, one of the most famous women in the world.

“It’s weird and at the same time I don’t think a lot of people sort of take into account that you’re having the exact same experience that everyone else is having,” Torres said.

She said the public doesn’t want to know about the person she worked with, but, instead, has created a character that is separate from reality. That’s the weird part, she said, “the dehumanization of celebrity and fame.”

“I often say that Michelle Obama is my best friend in my head (but) I know it’s in my head,” she said laughing. “I’m clear that’s what’s happening.” NVG

‘Gossip Girl’ to return to TV

Salah scored 100 (73+27) points in 116 games in the Premier League. Only Shearer reached this mark faster
Alaves Garitano dismissed after five defeats in a row. The club is in 15th place in La Liga
Mane scores 20+ goals for Liverpool for the 3rd consecutive season
If you whistle one violation, whistle another. VAR rules football! Athletic midfielder Dani Garcia on the match with Real Madrid
Lautaro did not score a penalty in the match against Bologna
CEO of the banner of Labor about a player who was hit by lightning: he was put in an artificial coma. Most likely, it will be taken out in the evening
Real goes into the gap under the talk of refereeing. In similar moments, Madrid were given a penalty, but Athletic were not
Source https://entertainment.inquirer.net/339027/gina-torres-steps-into-the-spotlight-with-suits-spinoff

Inflation likely picked up in June

Clear up the Sulu shooting

11 arrested in Laguna over anti-terror protest

I shall be cured

The Jesuits in the Philippines

RCBC Bankard cardholders donate P3.35M worth of rewards to NGOs

SMC comes to the rescue of stranded seafarers

After hurdling anxiety, Gerald thrilled to resume taping for ‘A Soldier’s Heart’

Germany vows to beef up finance watchdog after Wirecard drama

This Website Helps Connect Plasma Donors to Hospitals in the Philippines

[Two Pronged] Did I settle down too early?

Japan floods leave up to 34 dead, many at nursing homes

3 questions to ask when choosing sunscreen for your child

Are city folk moving to the countryside after the coronavirus pandemic?