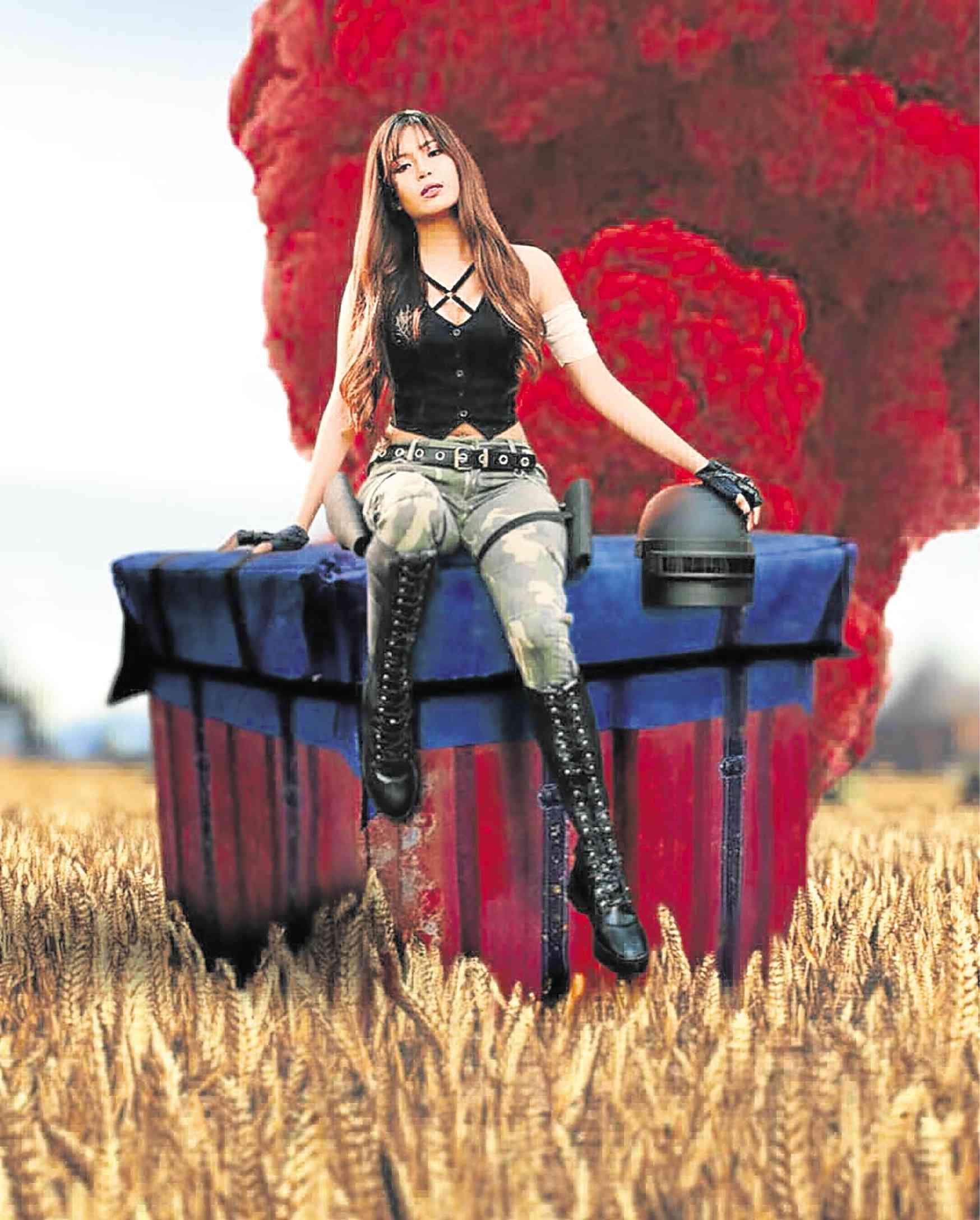 If you’re really good at it, you can actually make money out of online gaming,” declared actress Myrtle Sarrosa, who recently joined an international gaming competition in Bangkok, Thailand, and placed ninth in the Showmatch category.

“It’s actually a big deal,” Myrtle, also a known cosplayer, said of her performance in the tilt. She is the first celebrity to become the country’s representative in an international e-sports and gaming competition.

Myrtle was one of four members of the PH squad, called Aether Dogz, which competed in the game called PUBG, or PlayerUnknown’s Battlegrounds in the “Omen by HP Challenger Series” tournament, held from Nov. 1 to 3. The team finished ninth.

Team Philippines ranked ninth out of 20 teams from 11 countries in the Asia-Pacific region. “We’re so happy and grateful. We did well against these teams with 80 players each,” she beamed. “In other countries, people invest in gamers, who are housed in one location and are paid just to play video games.”

“Imagine how tough it was to have played with professionals in Thailand when we’re just amateurs. It was amazing to find out that we ranked that high,” Myrtle stressed.

She said the first game she ever played was Pokemon for Gameboy. “I then moved on to games on [the console] Playstation, and then later on PC (personal computer). Before, everything was just for fun. It was a way for me to de-stress. It actually became more interesting when I realized that I could gain recognition for it,” she explained.

Now, she has friends from show biz, like Arjo Atayde, Vin Abrenica and Nash Aguas, whom she said have started to show interest in online gaming, particularly PUBG.

“It’s a ‘Battle Royale’ kind of game where you need to strategize in order to survive,” she explained. “You either go solo, or be part of a duo or a squad. Then you compete against 100 players from different parts of the world,” explained Myrtle.

Vaccination against COVID-19 is mandatory for stadium visitors at the 2022 World Cup. Qatar will buy a million doses for visitors
Euro 2020: Group A results
Griezmann about Ronaldo: He is unique and perfect, he inspires all of us. He is a role model
Roberto Mancini: Italy didn't have to win, but we still fought for the victory. This is important
Verratti on the match against Wales: I'm happy. I wasn't sure if I would be able to play in the tournament after my injury
UEFA regarded Neuer's LGBT armband as a team symbol for diversity. Germany will not be punished
Bale on 0:1 with Italy: Wales knew it would be difficult. We defended and ran a lot

Biden to meet with Afghan President Ghani as violence surges

Brazil passes half a million COVID-19 deaths, experts warn of worse ahead

PNP: Probers to get autopsy report on minor killed in Laguna police op

Euro 2020: Spain in ‘huge mess’ after another draw

Habagat to bring clouds over Luzon; Visayas, Mindanao to be hot, humid

Michelle Madrigal tests her speed with a 3-mile sprint

Coronavirus measures set to be relaxed in Tokyo, 8 prefectures

Robredo: No errors in learning modules If DepEd has ‘proper system’ in place

Seventeen is back, full of love, confidence

My dad made me believe in heaven