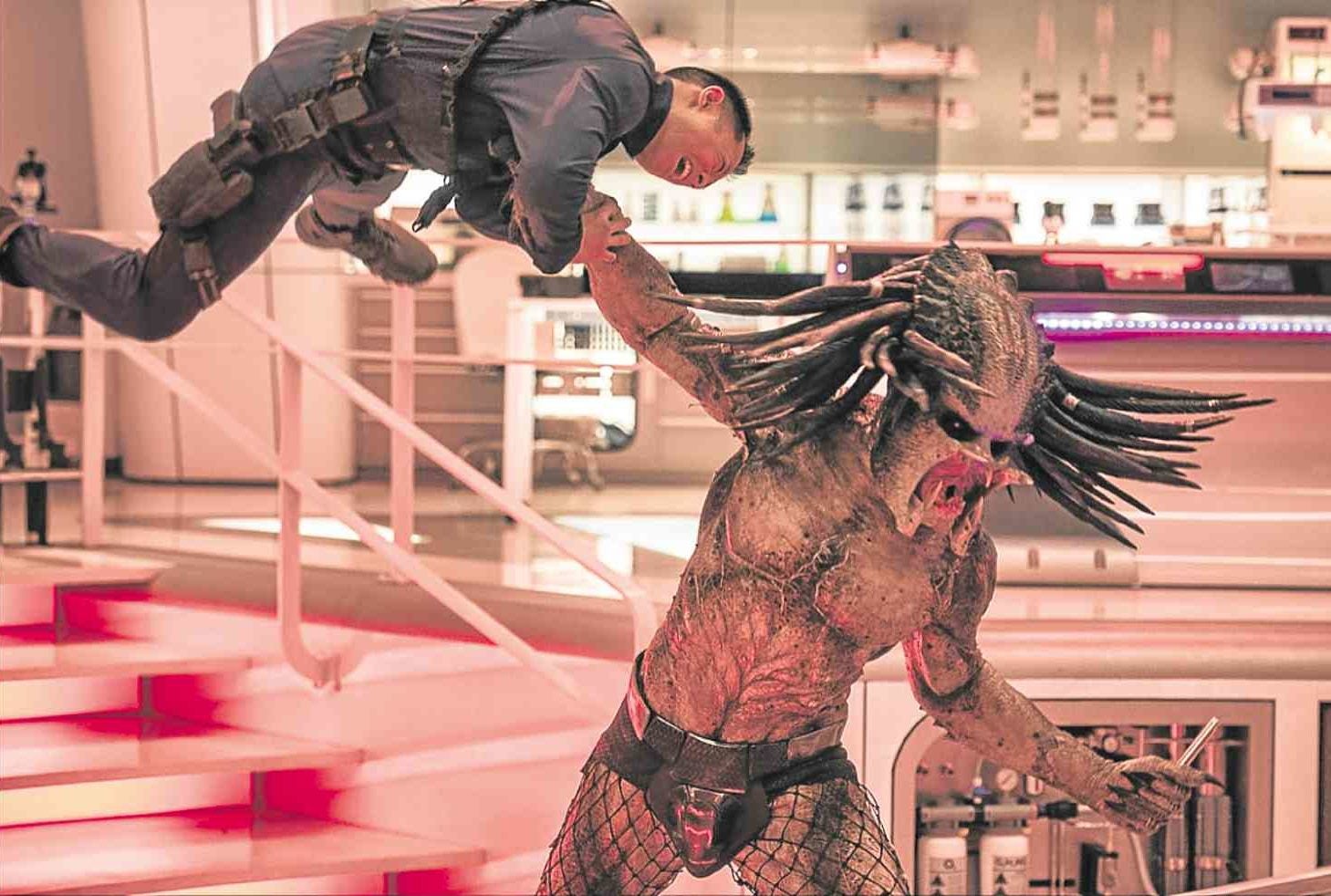 LOS ANGELES, United States – “The Predator” — the latest installment in the long-running sci-fi action series — chewed up its rivals to debut atop the North American box office this weekend, industry data showed Sunday.

But the Fox reboot, which cost $88 million to make, will look to earn back some money in international markets, as its estimated $24 million haul did not meet expectations.

The movie, which comes more than 30 years after the franchise’s original film starring Arnold Schwarzenegger, courted controversy before its release when the studio cut a scene featuring an actor who was a registered sex offender.

Star Olivia Munn had requested the change, saying she was unaware of the actor’s past when the scene was filmed. Director Shane Black initially said he hired the actor because he was a friend, but later issued a strong apology.

“Nun” stars Taissa Farmiga — whose sister Vera headlined two “Conjuring” films — in a story about a young nun, an exorcist and a guide stumbling onto a dark secret deep in Dracula country: the Romania of 1952 — Transylvania, no less.

Opening in the third spot was “A Simple Favor,” a tale about a mommy blogger (Anna Kendrick) investigating the disappearance of her friend (Blake Lively). The Lionsgate film raked in $16.1 million on the back of positive reviews.

Matthew McConaughey’s new film “White Boy Rick” opened in fourth place with $8.8 million. The movie, based on a true story, stars the Oscar winner as the father of a teenage boy who became an informant for the FBI in the 1980s.

Glitzy rom-com “Crazy Rich Asians,” another Warner Bros product along with “The Nun,” fell to fifth place. The film, with a nearly all-Asian cast led by Henry Golding and Constance Wu, took in $8.7 million, building on a crazy-good run.

Rounding out this weekend’s top 10 were:

Micah Richards: Arsenal need to keep the Forward. It can attract other top players
York on Keane's criticism of De Gea and Maguire: Roy himself was not perfect when he played. He should be more restrained
Setien on Griezmann: When he plays, I am asked about Fathi, and Vice versa. Antoine is important to Barca
Setien on the situation with Messi: I haven't heard anything from him. Everything else is speculation
Sane did not pose in the number 10 shirt out of respect for Coutinho
Alvaro Morata: Atletico are close to the level of top clubs. We beat the best team in Europe to the Champions League
Sneijder can resume his career in Utrecht
Source https://entertainment.inquirer.net/293801/predator-slays-competition-north-american-box-office

Cone recalls time he was banned in PBA

P35M aid to be released to almost 7,000 poor families in Legazpi City

Robredo: Approval of anti-terror law ‘frustrating’ but can still be questioned

Filipinos take the streets to protest against anti-terrorism law

Whether you prefer the music of Mick Jagger or Maroon 5 could depend on their personality, and your own

Ex-Wirecard COO was not in PH in June; immigration data fake

Apple Card owners can now make payments on their computer

CHR on signing of anti-terror bill: ‘We cannot compromise our human rights’

North Korea says no need for talks with U.S.

Biazon lauds passage of anti-terror law; reminds of use only vs terrorists

WHO says first alerted to coronavirus by its office, not China

Willie Revillame Hosting, Lolit Solis Says Something About His Skill

How Are Seaweeds And Mushrooms Related? (Answers)

PNP: No abuse of Anti-Terror Law

Ion Perez & His Dogs from Expensive Breeds, This Is How Much It Costs

[PODCAST] At the Buzzer: A La Salle lookback with Mike Cortez