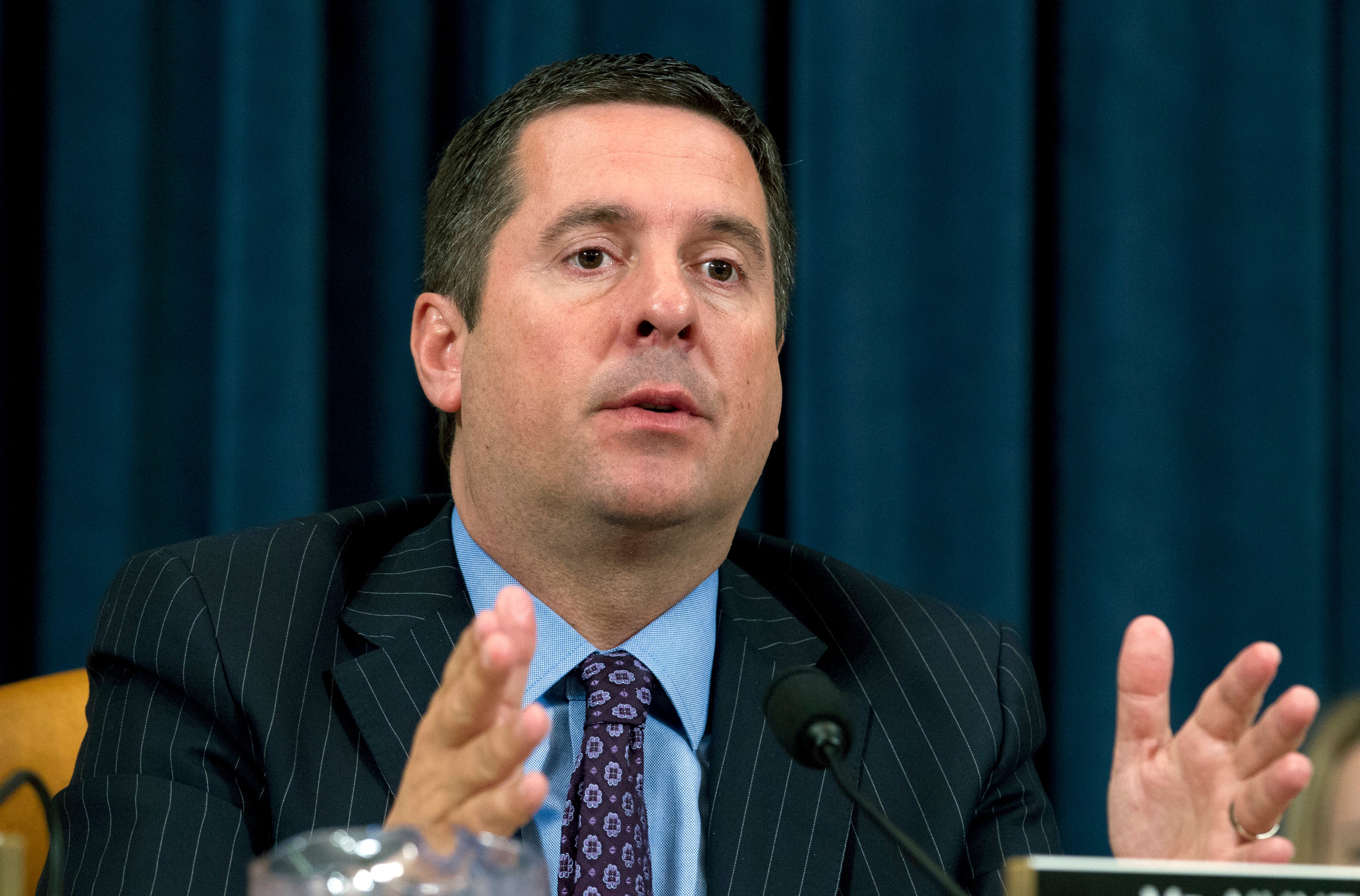 WASHINGTON — The House intelligence committee chairman said Sunday he plans to release the transcripts of dozens of private interviews conducted during its investigation into Russian election-meddling and would push the director of national intelligence to declassify others.

“I think full transparency is in order here, so I expect to make those (transcripts) available from our committee to the American public here in the next few weeks,” said Rep. Devin Nunes, R-Calif., months after the GOP colleague who led the investigation said such a release could have a “chilling impact” on testimony in future inquiries.

Nunes said he hoped it would take Dan Coats, the national intelligence director, only “a matter of days” to act once Nunes made his request about the classified depositions, and “they don’t do their normal foot-dragging where they slow roll and we don’t get these before the election.”

The committee already has released a handful of transcripts, but only in cases where the witness insisted on a public disclosure. GOP Rep. Mike Conaway of Texas, who led the investigation, said in March, when the committee completed a draft of its final report that found no coordination between Russia and the Trump campaign, that he decided against releasing the whole transcripts for fear it could hinder future probes.

Rep. Adam Schiff of California, the highest ranking Democrat on the House intelligence committee, called upon Nunes to schedule a meeting “immediately” so members could vote on releasing the transcripts. The Schiff has favored complete disclosure so the public could make its own judgment about the witnesses.

“The American people deserve to see what we uncovered, the questions witnesses refused to answer,” Schiff said in a statement released Sunday.

That is the approach Nunes is taking, saying he wanted Americans to “see the work that we did and they can see all the people that were interviewed by us and their answers to those questions.”

Nunes said “there’s so much that’s out there that’s misinformation or disinformation on this ‘Russia-gate’ fiasco that we need this information out before the election.”

That both Republicans and Democrats want the transcripts released underscores the partisan lens through which each side has viewed the investigation.

Republicans are likely to say that the content of the interviews proves there was no evidence of collusion between Trump’s campaign and Russia; Democrats probably would say they prove there was evidence.

The Senate intelligence committee is still conducting its own investigation and has interviewed far more witnesses than the shorter House probe. The chairman, North Carolina Sen. Richard Burr, has said he won’t release committee documents, so it is unclear whether any of those interviews will ever become public.

Inter want to extend Sanchez's lease and are willing to pay extra for him to Manchester United if the clubs play in the Europa League final
Don't talk behind our backs, go out on the field and fight with us. Pep's possible appeal to Jose, Klopp and the world
Robertson Pro 1:2 with Arsenal: the Result is disappointing. But next week, the 30-year wait will end!
Bruno Fernandes: Ronaldo is the most technical player I have seen
Solskjaer on Chelsea: They have 48 hours more rest before the Cup semi-final. It's not fair
Bayer wants about 100 million euros for Havertz. He will not be released until the end of the Europa League draw
Manchester City presented their home form for the 2020/21 season. It has a white pattern
Source https://newsinfo.inquirer.net/1033147/republicans-push-to-release-house-interviews-in-russia-investigation

US executes 2nd man in a week; lawyers said he had dementia

‘I lost mine too’: Veteran journo Ces Drilon laments ‘one of toughest days I had to face’

Petitions vs Anti-Terrorism Act of 2020 mounting

Pagasa: ITCZ to cause rain over parts of Palawan, Visayas on July 17

Katy Perry to headline Tomorrowland Across the World

Hip-hop artists continue to thrive amidst the coronavirus pandemic

Mary Kay Letourneau, teacher who wed student she raped, ‘made peace’ with ex-husbands before her death — report

Macoy Dubs' Hilarious Videos Are All of Us During Online Meetings

Blackwater fined P100K for premature return to practice; Sy remarks to be probed

Trevor Noah to play video games against pros, celebrities in ‘Player vs. Player’

Apple launches its own news podcasts

China to reopen cinemas next week as virus cases fall

Lysol urges Filipinos: ‘together, we can disinfect to protect’

DBM: P14.3B in funds for Office of President, OVP, other agencies diverted to COVID-19 response

Tyra Banks waltzing in as new ‘Dancing With the Stars’ host

Cayetano: Gabby Lopez could have renounced US citizenship or declined ABS-CBN post

New lockdowns ordered as India virus cases near one million