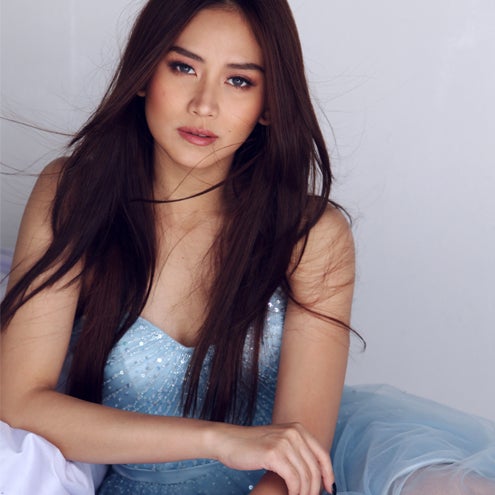 “The #EmbassyOfJapan, in cooperation with Viva Entertainment, Inc., are proud to announce that award-winning Filipino singer Sarah Geronimo will be representing the Philippines in the 2018 Asean-Japan Music Festival to be held in Tokyo, Japan, this coming Oct. 4, 2018,” announced the official Facebook page of the Embassy of Japan in the Philippines last Wednesday, Sept. 12.

The Japanese Embassy uploaded a video of Geronimo inviting Filipinos in Japan to watch her performance.

“Hello to our kababayans (fellow countrymen) there in Japan, this is Sarah Geronimo and I’ll be representing the Philippines in the Japan-Asean Music Festival on Oct.4 at the NHK Hall Tokyo, Japan,” Geronimo said. “Let’s all enjoy the show as I’ll be with the other ASEAN artists and soon the experience will be seen on Philippine TV. See you there! Salamat po! (Thank you!)”

Geronimo’s fans were quick to congratulate her on her latest achievement.

Image: Screengrab from Facebook/Embassy of Japan in the Philippines 在フィリピン日本国大使館

Others expressed how proud they were of Geronimo for representing the Philippines. 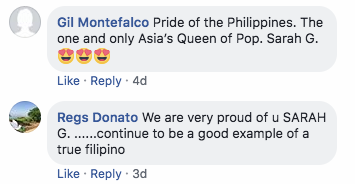 Image: Screengrab from Facebook/Embassy of Japan in the Philippines 在フィリピン日本国大使館

This year marks the 45th anniversary of Asean-Japan Friendship and Cooperation. The 2nd Asean-Japan Music Festival aims to further promote cooperation between Japan and the regional intergovernmental organization.  /ra

Pogba posted a photo with a hairstyle in support of BLM: ✊🏾✊🏾✊🏾✊🏾✊🏾✊🏾✊🏾
Borussia have notified Manchester United that they will not release Sancho for less than 120 million euros. There are no other candidates
Agent Hakimi: Zidane is the reason for moving to Inter. He did not call Ashraf, but Conte spoke about the project
Neymar has agreed with PSG that he will be released if Barcelona make an offer (As)
Wigan collapsed under external control. Perhaps all because of the murky betting in the Philippines
Pep on Manchester City's European Cup ban: I'm Sure we will be allowed to play in the Champions League
Defender Athletic Berchiche: Real Madrid have the best squad in the world
Source https://entertainment.inquirer.net/293809/sarah-geronimo-to-represent-ph-in-the-2018-asean-japan-music-festival

3 questions to ask when choosing sunscreen for your child

Are city folk moving to the countryside after the coronavirus pandemic?

Both adults and kids believe men are more ‘brilliant’ than women, says research

English pubs reopen but little normal elsewhere in the world

Jinri Park now a waitress trainee in Australia, wants to save for studies

'For law and order in troubled times:' Guevarra declines 'last' chance for SC

‘The Boy Next Door’

Body of man fished out from Carigara Bay in Leyte

7 soldiers from Cebu positive for coronavirus

Nacho bake: What it is and where to find it