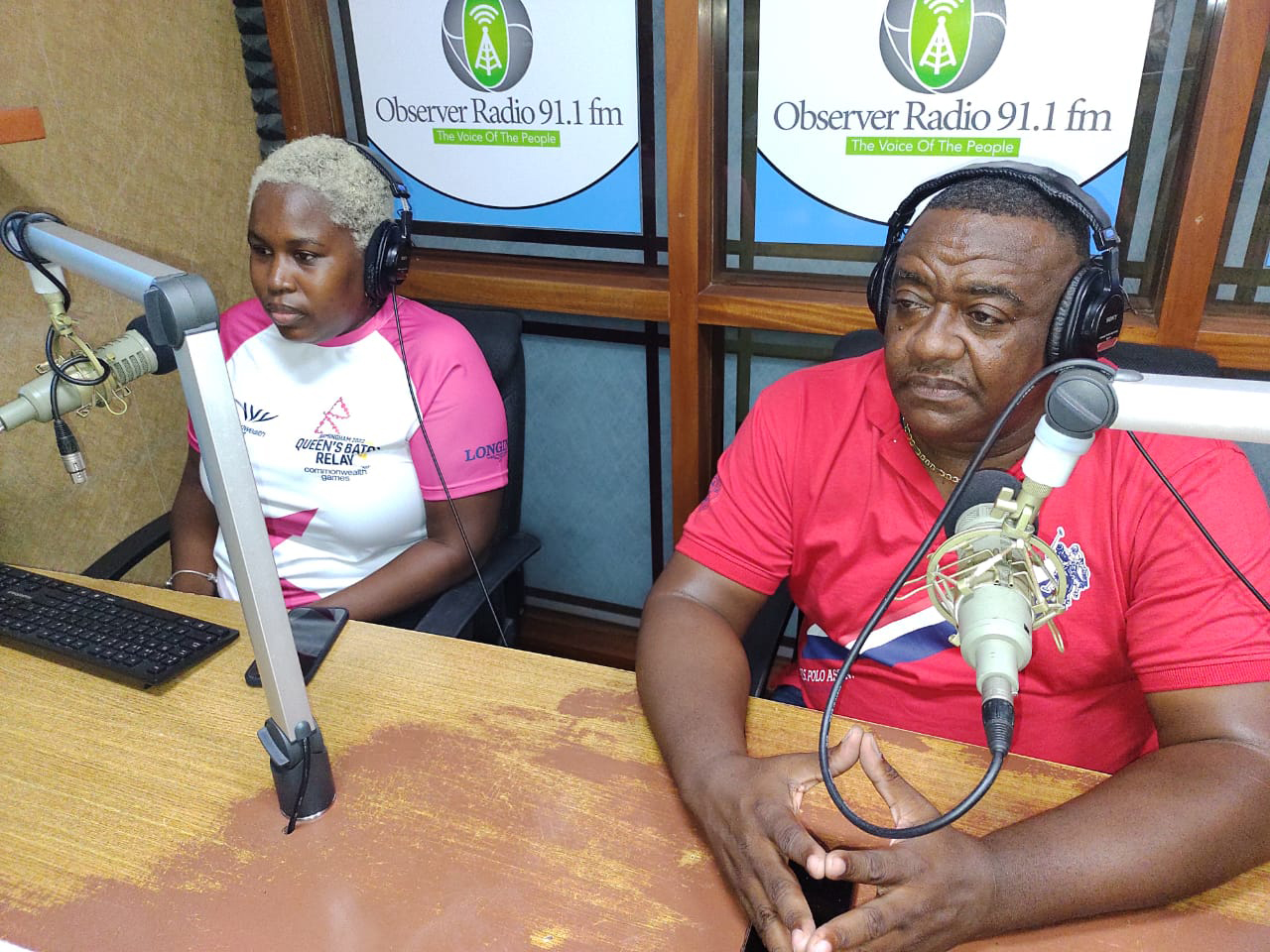 A number of national athletes and sporting icons are set to participate in the country’s hosting and displaying of the Queen’s Baton which is set to arrive in Antigua this week for a two-day visit.

This is according to Baton Relay manager and an employee at the National Olympic Association (NOA), Tianna Harris, who revealed that National Hero and former West Indies captain Sir Vivian Richards will be among the participants.

The baton, set to arrive between Wednesday and Thursday this week, according to Harris, will first travel to Barbuda on Friday for a day of activity on the sister isle.

“It’s going to start off at the tourism department and then we are going to head to the Bird Sanctuary so it will go on a board and get a little tour in the Bird Sanctuary. Then, we go over to the Holy Trinity Primary School and then on to the secondary school, Two Foot Bay, Martello Tower and down to Princess Diana Beach,” she said.

Recent Carifta Games track and field gold medalist, Dwayne Fleming and multiple-gold swimming medalists, Ethan Stubbs-Green, will also take part in the relay once the baton returns to Antigua on Saturday for a second day of activities.

“In Antigua, we are starting at the Interpretation Center with a small opening ceremony and then we are heading to the Antigua Equestrian center. Then we are heading to Devil’s Bridge, to the Sir Vivian Richards Cricket Stadium with the four knights and, hopefully, we will have as many of them that are available on that day at the stadium. We will then head down to the football academy in Paynters, over to the Coolidge Cricket Ground, then to the Vipers Swimming Academy, the Weatherill’s Sugar Estate, the YMCA, the tennis center, and end at YASCO,” Harris said.

First Vice President of the National Olympic Association Neil Cochrane said the hosting of the baton also provides an opportunity to promote the country’s cultural offerings.

“It’s also an opportunity to capitalise on a little sports tourism, and that is what the baton relay gives us — the opportunity to do so. We are going to highlight and display from the moko jumbie to the highlander, the iron band, the steel band, and a lot of that element will come towards the end of the event. In fact, the intention is, from YMCA we will have volleyball, netball and basketball on display, and every place that we go, there is going to a little two or three minutes’ drill of each sport,” he said.

Following its stop in Antigua and Barbuda, the Queen’s Baton will travel to St Lucia.

The relay began on 7 October 2021, with Her Majesty The Queen placing her Message to the Commonwealth into the Baton.