The sentiment that love will find a way seems to have developed a whole new level of meaning mid-pandemic, especially when it comes to proposals.

While each proposal (and couple) is unique, the act is one often made up of grand gestures: a luxurious dinner, a sun-drenched vacation or an elaborate beachside picnic for two. So what happens when the exotic locales and fancy restaurants shut down? When the beaches are closed and the parks are for ‘essential exercise’ only? 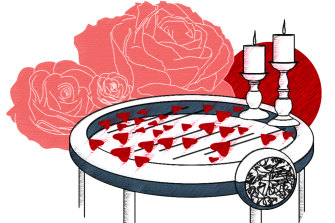 Ryan Lippiat set up his balcony with candles and flowers to propose to girlfriend Shanelle Van Akerlaken. Credit:Jo Gay

For Sydney-based Ryan Lippiat, the decision to follow through with a pandemic proposal to girlfriend Shanelle Van Akerlaken wasn’t easy. It was a moment two years in the making but no one – especially not Lippiat – could have predicted COVID-19 would hit just after the ring order was placed.

“A lot happened in the eight weeks that came after I ordered the ring… at one point it seemed as if it wasn’t even going to make it to Australia,” says Lippiat.

“When the ring finally arrived we’d been in lockdown for one week, so I had to think really hard about whether to propose or wait it out,” he says, before adding, “After a few days I was so anxious I knew I couldn’t wait. I had to propose.”

The proposal took place on April 4, when New South Wales was under strict lockdown laws. But sometimes, love can conquer all; even an austere stay-at-home order.

“I had always wanted it to be a surprise, but the fact we couldn’t really leave our apartment made it difficult,” explains Lippiat. “Shanelle is also a big morning person, so on the Friday night before, I waited for her to go to bed and quietly set up our balcony with candles, lights, flowers and a new outdoor setting.”

“I set an alarm to get up earlier than her so I could light a few candles and scatter rose petals. Once I was ready I woke her, led her outside and got down on one knee.”

For Van Akerlaken, it was an emotional experience.

“Getting engaged during COVID gave me mixed feelings. It was hard we weren’t able to celebrate face to face with friends and family, but it was also really nice to enjoy it just the two of us,” she says.

Lippiat’s persistence also proved poignant in another way. “I’m glad it happened in time to the share the news with my grandma,” says Van Akerlaken. “She passed away May 6. If Ryan had waited I might not of been able to share that news with her.”

Like Lippiat, Andrew Ventuno, a project manager from Sydney, decided to stick to the proposal rain, hail or pandemic. “It didn’t matter, I wanted to do it because I wanted to spend my life with her,” he explains when speaking of now-fiancée Stephanie Scicchitano.

Ventuno managed to pick up his ring as stores were closing and decided not to waste any time. “I was planning on doing it the first night I had the ring, but she came home late from a hair appointment and wasn’t impressed with the cut so I decided to wait.” 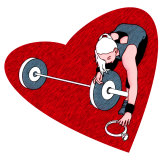 Andrew Ventuno took Stephanie Scicchitano through a gruelling workout before he dropped to one knee.Credit:Jo Gay

Scicchitano was initially in shock, before Ventuno’s question was finally answered with the words, “one hundred per cent”. Thankfully they filmed the entire thing, resulting in a hilarious clip shared with friends and family interstate. And while a celebratory FaceTime “wasn’t the same” it was still “an amazing thing” for the pair.

At this stage, Ventuno and Scicchitano have decided to hold off on an engagement party and go all out when they eventually marry.

According to psychologist Tara Hurster, lockdown rules have forced us to reflect on those we spend our time with, especially in a romantic sense.

Hurster explains this unprecedented phenomenon as having two sides, generally speaking: “One is the immediate realisation of potential problems within the relationship that may have been distracted by things like work and social pursuits.”

“The other is that being forced to spend extra time with your partner can bring forward how strong the relationship truly is,” says Hurster.

Basically, if you can love someone whilst working in tandem from the dining table, taking Zoom calls dressed in tracksuit pants with a blazer, chances are you can love them through anything.

“Being forced to spend extra time with your partner can bring forward how strong the relationship truly is.”

So with more time spent looking inward, are proposals happening on a whim? In the face of uncertainty, are we having romantic epiphanies?

“Everyone’s situation is their own, but in some instances people want to bring excitement back into their lives,” says Hurtser.

“I guess there may also be the realisation that we don’t live forever. That can be really motivating when it comes to making a life-changing decision.”

For Sam Johnston, a 34-year-old plumber from Port Stephens, marrying girlfriend Erin Querns was a sure thing, but the pandemic acted as the perfect catalyst. 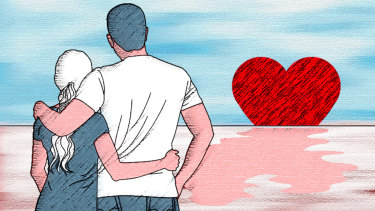 For Sam Johnston, the pandemic acted as the perfect catalyst to propose. Credit:Jo Gay

“If anything it [the pandemic] made me want to propose sooner so that we had some good news and something to look forward too,” says Johnston.

Querns admittedly had no idea it was coming: “Getting engaged during COVID-19 was the last thing I expected,” she says. “But I love that we have something exciting coming in the future instead of the constant unknown that comes with the pandemic.”

“We couldn’t have predicted how customers would react during such a tumultuous time, however we’ve seen a dramatic increase in our engagement enquiries and orders.”

“My theory is that lockdown has given us more time to contemplate future plans. Engagements are special and give us something to look forward to. I think that’s what everyone needs right now.”

Valencia want to rent Rugani from Juventus
We talked to a Russian Finn who is making his way in Europe: he fought with the locals because of Russia, drove in Arshavin's t-shirt and refused Barca B
Werner scored for Chelsea for the first time
Fernando Santos: Ronaldo can play until the age of 40, but he will leave if he feels that he can no longer be himself
Manchester City want to sign Alaba. To do this, the club needs to sell Zinchenko
The President of Atletico Madrid on Messi at the club: If Leo wants to play with Suarez, anything is possible. We must hope
Saint-Etienne announced fofan's move to Leicester. The 19-year-old defender will be paid 35+5 million euros
Source https://www.smh.com.au/lifestyle/life-and-relationships/a-regular-lockdown-morning-turns-into-a-candle-lit-balcony-proposal-20200812-p55l36.html?ref=rss&utm_medium=rss&utm_source=rss_feed

Health Department under scrutiny over legality of hotel detention

'I thought, on impact, I have broken my back': Jockey's Elvis comeback special