A smart page-turner and an ABC reporter’s powerful memoir: what to read next

Book critics Cameron Woodhead and Steven Carroll cast their eyes over new fiction and non-fiction releases. Here are their reviews.

Fiction pick of the week 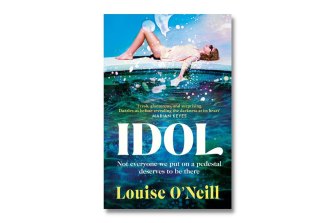 Feminist self-help guru Samantha Miller cannibalises her own life for her books. The bestselling author and social media influencer doesn’t skimp on monetising her following, building a business model to rival Gwyneth Paltrow at her Goopiest.

Her next book, Chaste, promises to “start a conversation” about chastity, and Samantha achieves her usual virality with a feature article in the lead-up, detailing sexual experimentation with Lisa, her best friend at high school. But Lisa remembers it differently, and when doubts emerge about her consent, Samantha’s manager is forced into damage control while the online idol herself returns to her hometown, where a reunion with Lisa unleashes a disturbing twist.

Louise O’Neill has constructed a compulsively readable commercial thriller over a foundation of complex contemporary social issues. Idol is one page-turner you won’t have to switch off your brain to enjoy. 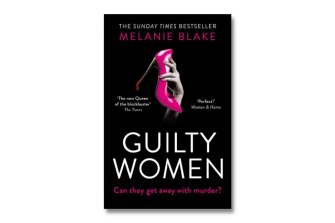 The follow-up to last year’s Ruthless Women, which saw its author labelled “Queen of the Bonkbuster”, Guilty Women is another shamelessly trashy romp from Melanie Blake.

Glamour soap Falcon Bay was rocked by scandal when star actress Madeline Kane died on set (during a live Christmas special, no less). Four months have gone by; four women remain to keep the show on the road and rake in the cash. Amanda King, Helen Gold, Farrah Adams and Sheena McQueen know damn well that Madeline’s demise was no accident, and they’ll stop at nothing to ensure their secret stays that way.

As filming on a new season commences on the luxury island of St Augustine’s, the guilty players connive and plot in a devious new instalment that melds melodrama and murder with dark delight. 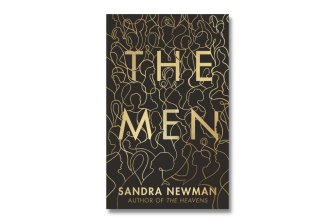 The Men caused a stink well before it was published. That was inevitable. The novel describes a world in which everyone with a Y chromosome suddenly and mysteriously disappears. Accusations of gender essentialism and transphobia were lobbed (given the genetic parameters of the scenario, transwomen and some intersex people vanish too) and to be honest, the book’s drastic thought experiment makes them hard to defend against.

The plot hinges on the relationship between a black female presidential candidate and our narrator Jane – a woman who has been victimised by predatory men in her youth and has striven to be the ideal mother in response. The Men does have interesting things to say about grief, sexuality, repressed trauma, the long-term effects of abuse and coercive control, yet it never quite overcomes its shocking premise.

This dystopian fiction might have been stronger if its headline-grabbing conceit didn’t take up all the oxygen in the room. 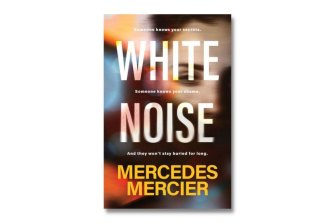 Mercedes Mercier’s debut crime novel has an intriguing set-up, but it flounders halfway through and strains credibility and suspense in trying to go the novelistic distance.

Dr Laura Fleming is a prison psychologist with baggage of her own. Impulsive behaviour has ended her marriage, and although she tries to rebuild her relationship with her daughter and friends in the aftermath, it is her work that keeps her together. She has that cut out for her with Justin Jones, a charismatic inmate who has fooled everyone into thinking him ideal for early release.

Laura sees through his charm, but she needs proof that Jones is dangerous to keep him behind bars. As she investigates Jones, though, increasingly personal attacks on her mount, threatening to unravel her precarious mental state. Prison psychology is a fascinating area, but the novel’s plot and pacing aren’t as secure as they need to be.

Non-fiction pick of the week 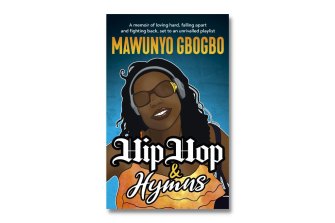 Mawunyo Gbogbo, music and pop culture reporter for Double J and ABC News, paints an uncompromising self-portrait in this fiercely candid but circumspect memoir. Born in Ghana (her mother from local royalty), the family emigrated to Australia in the 1980s, fetching up in Muswellbrook, NSW.

Her love of writing leads to journalism and study in New York, which is exhilarating but the beginning of a series of breakdowns that in turn leads to a tearful embracing of her Christian faith – in hospital. This tough, coming-through tale has real impact. 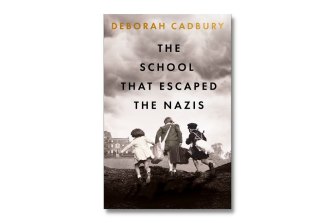 The School That Escaped the Nazis
Deborah Cadbury, Two Roads, $32.99

World War II continues to throw up amazing tales of bravery, such as this about German teacher Anna Essinger. With her siblings, she ran an unconventional school in southern Germany along Summerhill lines. But in October 1933, after the Nazi takeover, she was denounced, and in an amazingly co-ordinated exercise designed to look like an excursion, smuggled her school’s 65 students to England. Some excursion!

Relocating to the Kent countryside she eventually got approval from the English school inspectors and went about expanding her establishment largely through the British Kindertransport scheme – the government waived visa requirements – that rescued children (mostly Jewish) from Germany. This is an atmospheric portrait of an inspiring moment in dark times. 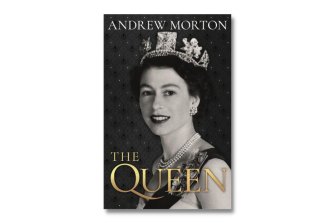 Early in World War II the Germans planned to parachute commandos into Buckingham Palace to kidnap the royal family, and the king and queen in turn started packing heaters – all observed by the somewhat implacable teenage princess Elizabeth.

It’s one of the more interesting episodes in this routine round-up of the woman most of us simply call “the Queen” – as though there’s never been another. The most poignant moments come early, wishing her parents would have a son so she would not have to become queen, and in Kenya in 1952 when at the age of 25 she accepted the inevitable with the words “It’s one of those things”. Hours later, arriving at Heathrow, she saw a line of waiting Daimlers and observed: “Ah, they’ve sent those hearses.” Social history as much as biography, it covers all bases. 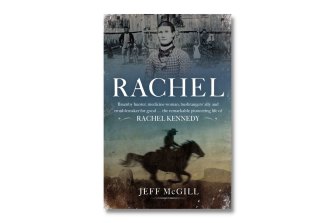 As a young woman, the eponymous Rachel, nee Kennedy, rode astride her horse not side-saddle, which was just as well because she was hunting brumbies in remote bushland. Jeff McGill, her great-great-grandson, has compiled an engaging and informed portrait of a pioneering woman, born in 1845 and raised in the Warrumbungle Mountains of western NSW, who lived and worked on the land, was a mother via two marriages, helped establish a local school, library and cricket team, hid bushrangers and battled the squattocracy – while having close relations with the Indigenous people of the area. To an extent, this is family history, but it is also a key-hole onto the history of the country itself, Rachel dying in 1930 in an utterly changed world. A truly colourful, even epic life, with a cast of colourful characters.