A Melbourne university student who allegedly choked and raped two young women he met on the dating app, Tinder, has launched Supreme Court action to be released on bail.

Brett Taylor’s barrister Pardeep Tiwana said the 25-year-old would find prison to be a "harsh regime” after being arrested a fortnight ago at his mother’s Berwick home.

Mr Tiwana said his client had cooperated fully with police, given a detailed account in his two records of interviews and accepted the sexual encounters occurred.

He said the issue would be consent and his client planned to fight the charges.

Police allege the first rape occurred in 2018 after a 19-year-old woman matched with the man on Tinder.

On October 25, 2018, Mr Taylor met the woman for dinner in Drouin before driving her to an isolated area where a sexual assault allegedly occurred. 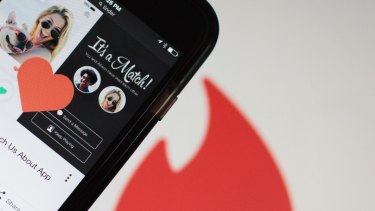 Then, in early 2020 an 18-year-old woman matched with Mr Taylor on the same dating app.

On March 24, she invited Mr Taylor to a house party she was hosting with friends at a campus share house in Burwood.

Police allege while at the house, Mr Taylor followed the woman into her bedroom and sexually assaulted her.

On both occasions, the victims reported being choked and unable to breathe, as well as being forced onto their stomachs.

In applying for bail, Mr Tiawana argued it was Mr Taylor's first time in custody and it was unlikely a trial would take place until the second half of 2020.

He said the 25-year-old had been essentially kept in "solitary confinement" due to COVID-19 restrictions, labelling the experience "harsh".

"It's been a difficult and harrowing experience," Mr Tiawana said.

The accused man's mother Rosemary Taylor told the court her son had been studying a double degree in computer science at RMIT and working at call centres and a Southbank restaurant before being arrested by police.

She said she was aware of the allegations against him but said Mr Taylor would be welcome back in the family home if released on bail.

"He's always been very respectful, loving, caring. He is welcome home," she said.

Crown prosecutor Brett Sonnet argued Mr Taylor was an unacceptable risk to the public if released, the 25-year-old telling police he’d been in contact with "hundreds" of women on the dating app Tinder at the time of his arrest.

Mr Sonnet said similarities in the two matters were "remarkable" with the second victim allegedly choked in and out of consciousness before crawling into a fetal position and attempting to go to sleep.

Police previously revealed the women had told investigators the man’s dating profile said he was a computer science student and stated "feds and narcs swipe left".

Sex crime squad police arrested Mr Taylor at his mother's home in March and again in July where he was charged with four courts of rape and four counts of assault and remanded in custody.

Justice Paul Coghlan will hand down his decision on Wednesday.

Leeds United have offered Bayern 20 million euros for Nuisance. Clubs in final stages of negotiations
Pep has already spent under 480 million on city's defence, and this week broke the club record for spending on a defender
The APL referees will be asked to soften the hand play. But the League cannot deviate from the rules
Lyon values Aouar over 40 million euros. Arsenal offered 35
Tottenham are not selling Mourinho's merch - because Chelsea still own the trademark rights. But it didn't stop Manchester United
Shomurodov is close to moving from Rostov to Genoa for 8 million euros (Sport Italia)
Pobegalov about 12 cases of covid in Shinnik: I hope we can start training by October 4
Source https://www.theage.com.au/national/victoria/alleged-tinder-rapist-launches-supreme-court-bid-for-bail-20200814-p55lsv.html?ref=rss&utm_medium=rss&utm_source=rss_national