Andrew McFadden has rejoined the Canberra Raiders' coaching staff in a bid to take the Green Machine back to the NRL finals.

The former Raiders player and assistant coach returns to the capital to fill the void left by Mick Crawley on Ricky Stuart's coaching staff. 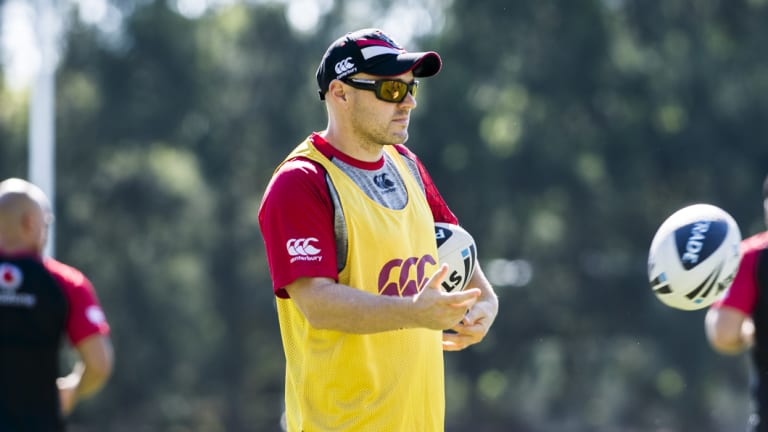 Andrew McFadden is returning to the Raiders.

McFadden returns to Canberra after a six-year stint in Auckland as both a head coach and assistant at the New Zealand Warriors.

A return to Canberra is a chance to provide more support for his wife and three kids, who McFadden has said made "a big sacrifice" to follow him to the land of the long white cloud.

A year later he coached Canberra's reserve grade team before spending two seasons in France as an assistant at the Catalans Dragons.

Again McFadden would return to Canberra to coach the under 20s in 2009 before being elevated to an NRL assistant role for three seasons. 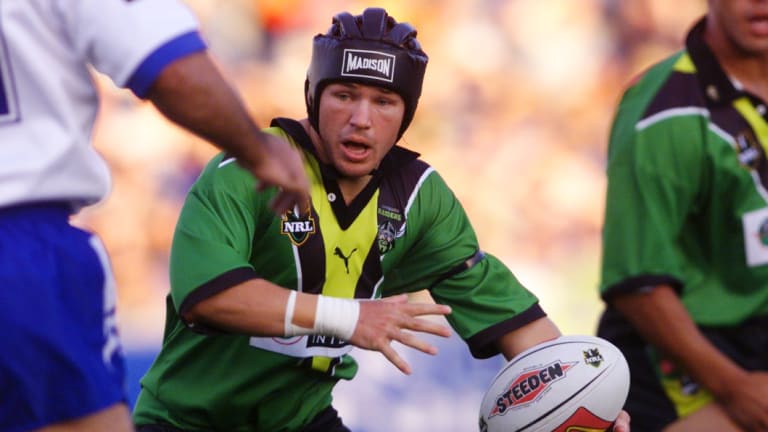 Andrew McFadden is back in green.

McFadden then touched down at Mt Smart Stadium as an assistant in 2013 before spending almost three seasons in the top job from 2014-2016, but he was unable to break the club's playoff drought.

He leaves the Warriors following their return to the finals, where he was an assistant under Stephen Kearney.

Crawley knocked back a two-year extension and left the Raiders after four seasons with the club, drawing curtains on his second stint in Canberra, having been an assistant under Neil Henry in 2007-08.

Jurgen Klopp: We are not thinking about next season, but about this one. There is much more to come
Inter is ready to buy out Sanchez from Manchester United for 20 million euros (Goal)
Werder fans are the best: they supported the team with a tractor emblem and thanked the Union with a hundred cases of beer
Flick about the Cup final with Bayer: It will not be like in the championship. They can hurt us
Holland will play in Dortmund and under 9-m number from the next season
Solskjaere and Lampard are among the contenders for the title of best coach in June in the Premier League
Umtiti injured his left knee. He won't have surgery
Source https://www.smh.com.au/sport/nrl/andrew-mcfadden-joins-canberra-raiders-coaching-ranks-20180917-p5046k.html?ref=rss&utm_medium=rss&utm_source=rss_feed

Disappearance of Juanita Nielsen remains a mystery, 45 years on

'Until the number 10 excited!': Tiny dancers prepare for ballet return

'Dealing with the weirdness': Telstra braces for the new normal

Where the bloody hell now? $60b tourism sector fights for survival

Preserved flowers are back. You can thank the pandemic

Redfern transition to tech and student hub is a step closer

We must take an 'all of us' approach to coronavirus fight

Your Daily Horoscope for Saturday, July 4

No longer business as usual

'They can never take away our beliefs': Beijing's endgame to quash HK dissent

We just want an apology and some understanding

The lifestyle choice losing appeal due to pandemic

59 things you get wrong about Australia

Inside lavish hide-out of Epstein’s madam

Want to own your very own Block?

'You hear screaming at night': Plea to find homes for hotel homeless

Carl Reiner was the perfect representation of the Jewish storyteller

Prince Andrew could be ‘covert target’

New Australian Made logo a ‘leftover of Malcolm Turnbullism’

'That was State of Origin': Reds claim bragging rights over Waratahs in bruising clash

The 12-year-old and his mate battling chuck-out culture, one repair at a time

When's it OK to call the cops? The new questions being asked in the US

I got a full bird's stuffing with my half chicken: will it ruffle feathers?

Italy has its trattoria, France its bistro; Australia has the pub

'Give me the shot': Papenhuyzen reveals whisper to Smith that led to clutch kick in epic win

Jackie Trad will be back in Cabinet if Palaszczuk government wins: Gleeson

RIDING THE WAVE: The number that will trigger a ‘second wave’ of virus

Loss of serenity in the suburbs could stymie airport's growth plans

World must stand up for Hong Kong's liberty

Winmar mediation case 'resolved' but more to be done

Could this be ‘the beginning of the end’ of Andrews’ leadership: Credlin