The Reserve Bank delivered its biggest one-off interest rate rise in more than two decades while admitting inflation was going to get worse than predicted just a month ago.

On Tuesday, the RBA lifted interest rates by half a percentage point as governor Philip Lowe said inflation was increasing significantly. The official cash rate is 0.85 per cent, but the bank has previously flagged further rate rises in coming months as it moves away from the “extraordinary” pandemic monetary support that pushed rates to historic lows of 0.1 per cent from November 2020. 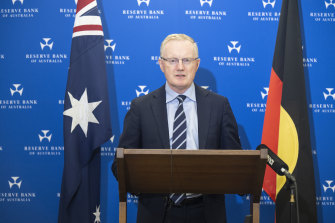 “While inflation is lower than in most other advanced economies, it is higher than earlier expected,” Lowe said.

“The Board is committed to doing what is necessary to ensure that inflation in Australia returns to target over time.”