Six months after massive government support began flowing to households hit by the COVID-19 crisis, weekly consumer spending has climbed back to levels close to the pre-pandemic norm. But the recovery will be tested as emergency income support is scaled back.

A real-time spending tracker shows purchases by those who received stimulus payments, including the Coronavirus Supplement and one-off $750 support payments, remains 27 per cent higher than pre-pandemic levels. 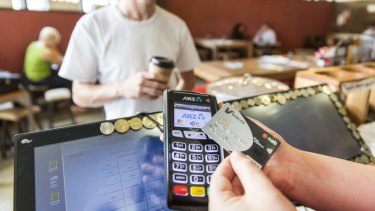 Weekly spending across the economy has returned to what was normal before the pandemic Credit:Glenn Hunt

Spending by stimulus recipients, which has been elevated since mid-April, has played a crucial role in supporting demand during the pandemic.

But purchasing by consumers who received no government stimulus payments has also steadied close to pre-pandemic norms, the tracker developed by analytics firm AlphaBeta, part of Accenture, and credit bureau illion also shows.

“The government’s stimulus to consumers has been effective in filling the gap in household spending during the height of the crisis," he said. “Achieving this outcome is like landing a plane on top of a lorry in a James Bond film. It’s a Goldilocks result.”

Without this stimulus, the economy would have fallen much further, Dr Charlton said.

A separate economic activity measure prepared by AMP economist Shane Oliver has also shown gains this month. AMP’s index, which monitors a range of indicators including restaurant bookings, hotel occupancy, consumer confidence, energy use and retail foot traffic, slumped to be 55 per cent below the previous year in mid-April but has now recovered to be 22 per cent below this time last year.

“Things have picked up,” said Dr Oliver. “But we’ve still got a long way to go.”

Dr Oliver said the strength of the recovery was in the "big test" as emergency income support programs introduced in March were wound back.

“Whichever way you cut it, that's a big reduction in the flow of money going into households,” Dr Oliver said.

Dr Charlton said next Tuesday's federal budget would play a crucial role in the next stage of recovery.

“The next chapter needs to be about building long-term confidence so that as these stimulus programs wind down, consumers keep spending and businesses who are losing JobKeeper re-hire workers,” he said. “The job for the government with this budget is to make that pivot.”

The AlphaBeta-illion spending tracker shows very strong spending during the week to September 20 on food delivery (+251 per cent compared with pre-pandemic norm), online gambling (+95 per cent) and health services (+60 per cent). However, spending continues to be especially weak on public transport (-52 per cent), pubs and venues (-34 per cent) and travel (-23 per cent)

Simon Bligh, the chief executive of illion, said the winding back of stimulus payments would reveal which consumer spending patterns had been maintained and which ones had been “changed forever” by the pandemic.

Agent Lukaku: Romelu is the best striker in the world at the moment
Marcus Rashford is the pride of all England, from the Queen to Jurgen Klopp. He again fed children across the country - and received the Order
Pjanic-Habibu: Good luck, brother. Inshallah, we will win
Klopp on Rashford's charity: I hope mom is proud of him. I'm proud
Troy deeney: I was called a black asshole, and social media said it wasn't racist. Do companies even want to change this?
Miralem Pjanic: Sorry didn't trust the players at Juventus. It's a shame when people are judged incorrectly
Wenger on why he didn't mention Mourinho in the book: he Didn't want to talk about Jose, Klopp or Pepe because they are still working
Source https://www.theage.com.au/business/the-economy/australia-s-textbook-stimulus-has-worked-so-far-now-for-the-big-test-20200927-p55zoq.html?ref=rss&utm_medium=rss&utm_source=rss_feed