The king has spoken.

And he has proclaimed Margaret River the leading wine region in Australia. Again.

The country's top authority on wine, James Halliday, and his tribe of wine scribes have waded through 10,000-plus wines over several months – often in trying times of isolation – and declared the victors of his annual awards, held in conjunction with the release of his Wine Companion, considered the bible of wine guides. 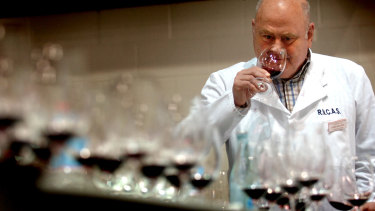 James Halliday and his tribe of scribes tasted 10,000 wines as part of the Halliday Wine Companion awards.

"This was a celebration of Australian wine, following a year plagued with fire, drought and virus," Halliday said. "They showcased the resilience and strength of this proud industry."

The move online to combat restrictions in the current climate was a hit with wine lovers, with viewers across Australia and the globe tuning in as the winemakers, wineries and wine honours were revealed.

WA's Great Southern region, Australia's biggest in terms of area, had its driest winter and spring in more than 100 years, with yields 50-60 per cent down. But the current 2020 vintage is one of the best ever.

Swan Valley temperatures resulted in rapid growth and the earliest vintage experienced by many growers, with the current vintage a standout, particularly for reds, while shiraz was the star of an otherwise excellent vintage for all varieties in the Perth Hills. 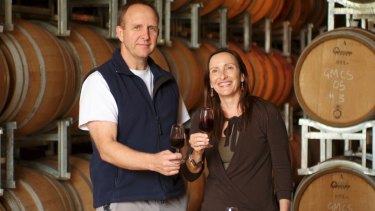 Keith and Clare Mugford from Moss Wood, in the Wilyabrup sub-region, which won best cabernet.

Halliday and his team have chosen three WA wineries among the 10 best value in Australia and one among the best new and dark horse winery tiers.

"It may seem strange that Deep Woods Estate should be in this group, but virtually every one of its 15 entries has a value rosette. It’s why the empire Peter Fogarty built is certain to continue its eye-watering growth: you can be assured prices return a sufficient profit to generate self-funded development," Halliday said.

It also helps that Julian Langworthy was Halliday's 2019 winemaker of the year.

All of the 10 wines from Flowstone appear in the 2021 companion, nine with a value rosette and four with 97 points. "This former best new winery is laying claim to best winery, not just best value," Halliday said. "It is also striking that its Queen of the Earth Sauvignon Blanc should be in the 97-point group."

Flowstone’s attention to detail is typified by the appealing label designs and that the labels, which themselves are made from 81 per cent limestone, the remainder bonding resin.

"The value all Forest Hill’s wines offer is exceptional, the style that of old money – another prime example of consistently extraordinary value," Halliday said.

Six wines pointed between 96 and 98 points laid an irrefutable claim to inclusion near the top of the totem pole. The winery also has the early days of the Great Southern in its DNA.

Best new wineries: bakkheia – Geographe, WA
Bakkheia is the left-field venture of Michael and Ilonka Edwards, with prior occupations as disparate as navy clearance diver (he) and work in fashion/lifestyle/food magazines (she). The name references bacchanalian frenzies occasioned by the consumption of vast amounts of wine. The other feature is an unusual membership scheme. Check it out.

Dark horse wineries: RiverBank Estate – Swan Valley, WA
Disappearing from the Halliday companion between 2009 and 2020, the winery burst back on the scene in 2017 when three members of the Lembo family – highly successful wedding/event operators – purchased it and lured highly talented Digby Leddin from Lamont’s Winery, and the equally exquisite Kiren Mainwaring (the former co-owner of East Perth’s Co-op Dining) on the pans.

Atalanta have signed the striker of PSV Lammers'
Suarez arrives for Barcelona training despite talks with Atletico
Morata passes medical at Juventus
Simeone plays a key role in the transfer of Suarez to Atletico
The Agent Of Gareth Bale: In real Life, Gareth was treated differently. I hope there will be no question of a return
Micah Richards: People write: Richards only works live because of BLM. I achieved this through hard work
The former Director of Barca: Martino said Messi: I know that if you call the President, he will throw me out
Source https://www.smh.com.au/national/western-australia/australia-s-wine-king-once-again-declares-margaret-river-tops-20200806-p55j6b.html?ref=rss&utm_medium=rss&utm_source=rss_national