Documents reveal the Environment Protection Authority sought a voluntary halt to logging in the Lower Bucca and other state forests from March onwards. After initially supporting such a move, Forestry Corp rejected the request after intervention by Mr Barilaro, the papers show. 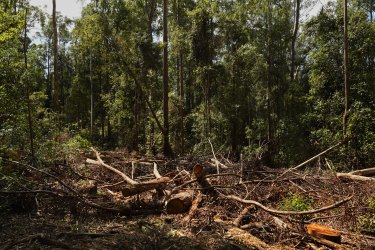 Forestry operations in the Lower Bucca State Forest, near Coffs Harbour, northern NSW. The EPA sought to limit logging in the forest after nearby bushfires but were overruled by John Barilaro, who is the minister in charge of forests. Credit:Kate Geraghty

The urgency to slow logging in state forests followed spring and summer bushfires that devastated large areas, including about three-quarters of some key koala habitat sites in northern NSW.

However, the watchdog's ability to limit harvesting was constrained by long-term plans – in this case, the Coastal Integrated Forestry Operations Approval – that provide for minimum timber take.

"The Coastal IFOA does not contemplate the degree of impacts on the environment caused by the fires," the document labelled "sensitive" said.

Forestry Corp initially agreed to a plan to avoid logging unburnt state forests and to replan logging in burnt ones. 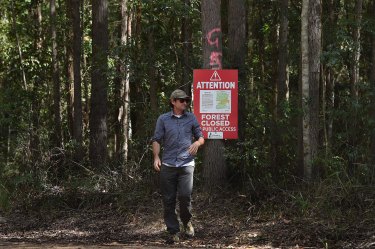 The EPA report stated Forestry Corp logging continued "because their Minister [John Barilaro] asked them to deliver on contractual obligations".

Koala protection has lately been a sensitive one for relations between the Liberals and Nationals within the Berejiklian government.

Earlier this month, Mr Barilaro cited plans to tighten the rules on the removal of koala habitat trees as a reason to threaten to move National MPs to the cross-benches.

Mr Barilaro was forced to back down and, on September 18, began a month of sick leave to deal with mental health issues. 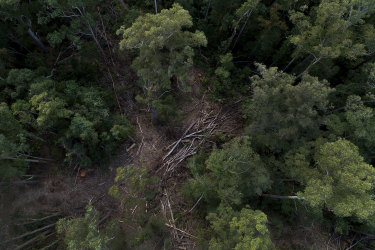 A Forestry Corp spokeswoman said the logging in Lower Bucca was "a low-intensity harvesting operation...augmented by additional voluntary precautions introduced following the fires".

The logging involved the supply of timber for "essential products like power poles and the timber flooring that many small family-run timber mill businesses produce", she said.

"The process of agreeing on site-specific operating conditions with the EPA has been a slow and challenging process, and has not delivered enough compartments alone to get close to meeting timber supply contracts," the spokeswoman said.

Independent MP Justin Field said the Liberals and Nationals were "on another collision course when it comes to managing the impact of logging on NSW forests after the fires".

"If the NSW government is serious about saving the koala from extinction, just like with the [habitat planning], Premier Berejiklian should stand up to the Nationals and side with the science and expert opinion," Mr Field said.

Mark Graham, an ecologist with Bellingen Nature Tours who has campaigned against logging, said Lower Bucca contained many tree species, such as tallowwood and grey gum, that koalas preferred.

“Forestry Corp, driven by the Coalition government, is going through and systematically logging each of these identified koala hotspots, such as Wild Cattle Creek, the Kallang Valley, Nambucca State forest, and Bucca," Dr Graham said. “These are egregiously bad operations.” 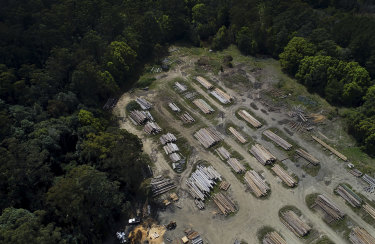 Logs pile up near the Lower Bucca State Forest, where harvesting continues despite nearby devastating fires.Credit:Kate Geraghty

Neymar wants to extend his contract with PSG, but the club has not yet started negotiations. The player's entourage is upset about this
Referee Oliver is appointed for the Bayern - Atletico match in the Champions League. He worked on the game Everton - Liverpool
Ex-judge Halsey: I'm surprised Pickford didn't get a red card. He put van Dijk's health at risk
Ander Herrera: I didn't feel love from Manchester United. The management and I had different views
Pique is ready to take a pay cut at Barca
Eto'o accused France Football of disrespect: I spent 1-2 seasons on the right, and the center forward was 25 years old
Barcelona are concerned about the shape of the Target. The club believes that he did not work enough on vacation
Source https://www.theage.com.au/environment/sustainability/barilaro-ignored-pleas-to-protect-koalas-after-bushfires-insisted-logging-continue-20200925-p55zdi.html?ref=rss&utm_medium=rss&utm_source=rss_feed