Books That Changed Me: Amra Pajalic

Amra Pajalic’s first novel, The Good Daughter, won the Melbourne Prize for Literature’s civic choice award. She is the author of a children’s novel, Amir: Friend on Line, and was co-editor of Growing Up Muslim in Australia. Her memoir, Things Nobody Knows But Me, is published by Transit Lounge. 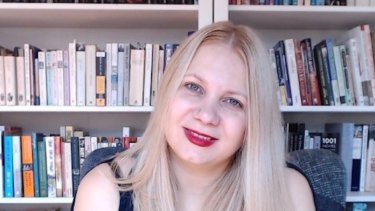 Anne of Green Gables
L.M. Montgomery
As a teenager I was obsessed with Anne and filled my diary with quotes from the books. I had so much in common with Anne: we were always getting into trouble, we were both conspicuous in our communities. She was an orphan, while I was the daughter of a mother who suffered from bipolar disorder and always did odd things, and we both had one true ‘‘bosom’’ friend for life.

Looking for Alibrandi
Melina Marchetta
For most of my adolescent reading life there weren’t any books that represented what it was like growing up in Australia to migrant parents - until Looking for Alibrandi. Melina Marchetta wrote about things I could relate to: being under surveillance by the community, the grandmother who always expected me to uphold antiquated standards in order to protect my reputation, and the racism that those from a multicultural background are subjected to.

Does my Head Look Big in This?
Randa Abdel-Fattah
This was the first young-adult book I read featuring a Muslim character at a time when there weren’t any such books. Amal is an Australian-Palestinian-Muslim who attempts to mediate her various identity hyphens. Reading about Amal made me feel more comfortable with my own hyphenated identity as an Australian-Bosnian-Muslim.

Unpolished Gem
Alice Pung
In reading this memoir about growing up with Cambodian-Chinese parents in the western suburbs of Melbourne, I realised that these everyday stories hold value to the wider community and deserve to be told and shared. This book is one of the reasons I wrote my own memoir about growing up within the Bosnian community and being parented by a single mother who suffered from bipolar disorder.