According to a current Interpol Red Notice, Philip Egglishaw is 67 years old, 1.75m tall, with a moustache and receding hairline. The “international fraudster”, as he was once dubbed, is wanted by Australian authorities for his role as the alleged mastermind of one of the country’s largest tax evasion and money-laundering schemes, known as Project Wickenby. 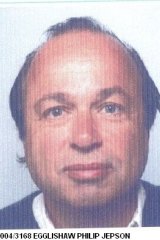 Philip Jepson Egglishaw is the subject of an Interpol Red Notice.Credit:Interpol

Mr Egglishaw, whose arrest for tax evasion and money laundering has been sought by Australia since 2008, has repeatedly slipped through the net.

The Age and The Sydney Morning Herald can reveal that despite pleading guilty to tax evasion offences in a Californian court last month, the man known as the “Bowler Hat Englishman” negotiated a fine and once again is free to split his time between his Swiss home and his estate on the French Riviera.

Meanwhile, 46 of his Australian clients were convicted, and many of them, including music promoter Glenn Wheatley, ended up behind bars. Others, such as entertainer Paul Hogan and his business partner John “Strop” Cornell, were pursued by tax authorities for years.

Things began to go wrong for Mr Egglishaw in 2004 when police raided his Melbourne hotel room and seized his computer, which contained details of numerous illegal tax schemes he operated for many of Australia’s wealthiest individuals.

His company Strachans SA, which he moved from Jersey, in the Channel Islands, to Switzerland, helped clients in Australia, the United States and elsewhere to evade billions of dollars in tax using complex offshore arrangements in various tax havens.

Over ensuing years, Mr Egglishaw has thwarted all attempts to bring him to Australia to face justice.

Not so fortunate was business partner Philip De Figueiredo. He had never set foot in Australia when he was extradited from Jersey and jailed in Queensland. His sentence was reduced after promising to give evidence against others, including Mr Egglishaw. In January 2015, after less than two years in jail, De Figueiredo was on a first-class flight back to Europe.

In 2017, Australian authorities thought they had Mr Egglishaw when a Red Notice was triggered after he left Switzerland to holiday in a $2500-a-night hotel at Lake Como. But once again they were left empty-handed. After two months in an Italian jail, he was released when the judge ruled prosecutors had run out of time to charge him.

Last month, in a Californian court, Mr Egglishaw entered into a plea deal on behalf of his now defunct company Strachans SA. Mr Egglishaw was named as a “co-conspirator”.

The guilty plea, which attracted a $US500,000 fine, related to “wilfully” conspiring with US taxpayers to evade their tax obligations.

The plea deal, which Mr Egglishaw signed on August 14, revealed the lenient penalty was due in part to the “extensive co-operation” he has been providing to the US Department of Justice and the Internal Revenue Service since 2014.

Information he provided indicated one unnamed client had avoided paying tax on the $US25 million sale of an entertainment business. Strachans hid the money in offshore structures that purchased real estate, provided credit cards, chartered private jets and even bought a collection of musical instruments for the client. 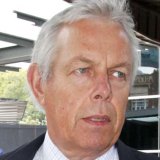 The court documents also detailed how US clients would visit Strachans office in Geneva to collect $10,000 in cash. On other occasions, Strachans employees would take cash to London to be collected.

Mr Egglishaw’s favourable plea deal was negotiated by high-profile lawyer William Burck. Only a week after inking the deal with the US Attorney for the Central District of California, Mr Burck was in New York representing Steve Bannon, the former top strategist for President Donald Trump who was arrested on August 20 and charged with stealing from a fund set up to build sections of the controversial US-Mexico border wall.

Seven years earlier, Mr Egglishaw had escaped scrutiny in the same California court when a judge ruled that the “long arm of the law” was too short to reach Mr Egglishaw, a British-born Swiss resident, or his British Virgin Islands company. 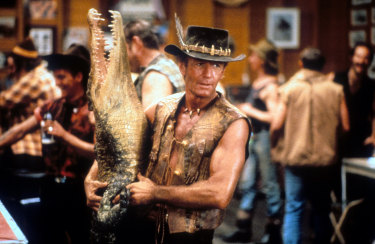 The matter, said the judge, was “a sordid tale of wayward fiduciaries and international fraudsters supposedly absconding with millions of dollars in funds from a Swiss bank account".

Mr Egglishaw and Strachans were accused of stealing $US34 million belonging to Paul Hogan that was held in a Swiss bank account. Mr Hogan needed the money to pay a settlement with the Australian Tax Office (ATO), the court heard.

Back in Australia, a criminal investigation relating to tax evasion by Mr Hogan and Mr Cornell had been dropped and the pair reached a confidential settlement with the ATO, which tax commissioner Chris Jordan later indicated was worth tens of millions of dollars.

Correspondence later uncovered by the Panama Papers investigation into the offshore law firm Mossack Fonseca, where Strachans was a client, indicated Mr Hogan subsequently settled his differences with Strachans over the missing millions.

Highlight of the month: the Rangers forward scored from 50 meters (the farthest goal in the history of the Europa League). Gerrard says he's never seen anything more beautiful 😍
Mourinho on 3:0 with LASK: Difficult opponent, but Tottenham played so that the victory seemed easy
Stefano Pioli: Milan is not an ordinary team. He plays with less dedication after the Derby
Barca players - report on salary cuts: We are not going to put up with the violation of our rights by the club
Milan are 21 games unbeaten in all competitions. Next game - with Roma
A year ago, a forest was planted at the rival CSKA stadium. The author paid attention to the felling of trees
Conceisau about the refereeing of the game with Manchester City: I Apologize to the Portuguese referees after what I saw here
Source https://www.theage.com.au/national/bowler-hat-englishman-hunt-for-alleged-mastermind-of-australia-s-largest-tax-evasion-scheme-20200926-p55zk6.html?ref=rss&utm_medium=rss&utm_source=rss_feed

'We are so heartbroken': Jarrad Lovison's family speak after arrests over his April death

Why the Wallabies won't drop a knee before Bledisloe clash

Access all areas: A teen, his Instamatic and the '67 grand final

ASIC boss steps aside after claiming $118,000 for tax accounting

'Show me the Monet': Banksy artwork fetches $13.9 million at auction

#EndSARS: What is it and why has it gone global?

Hawkins is the Cat who wants the cream

'He sets the standard': Milligan captaincy was a no-brainer for Macarthur

Ask a Reporter: Why is the LNP campaigning in safe Labor seats?

Inclusion in the evolving dictionary

Good Weekend Talks: The end of the pink diamond?

’My boss found me on Tinder’

‘I can’t keep going forever’: Has Alex Miller given us his last story?

You have given up shampoo. What's next? Soap

Enormous contribution to the understanding of Indonesian politics and society

Pickett a year after his dramatic debut

Once boring, now brilliant: Why the Storm are the NRL's great entertainers

‘We’ll give you the $10m, that’s no problem’: The lunch where Packer saved Panthers

Have the Cats learnt enough to turn tables on Tigers?

One of Sydney’s largest houses looks like Sistine Chapel inside

The US doesn't 'do left': Readers respond to Switzer's Biden concerns

What time does the AFL Grand Final start?

Your visa or your life: a quandary no domestic violence victim should face

Racing's grand slam plus an Everest, a record McEvoy is eyeing

Gadgets were on the way out. Then 2020 happened.

How to take quokka selfie: Livestreams give Chinese tourists a taste of WA from afar

How Cox Plate legends race was brought to life

In the name of the father: Grand final history repeats for Bews

'Black mass of US politics': Trump's rallies are his biggest campaign gamble

Remdesivir gets formal US approval to treat COVID-19

Remdesivir, the virus treatment given to Trump, gets formal US approval

‘My wife wants to name our baby Karen’

Huni thunders into history as boom heavyweight announces himself in style

Google's founders left just as the clouds gathered over their empire