Challenger buy now, pay later operator Limepay has appointed advisers and is eyeing an ASX listing, hoping its unique offering will help it snatch merchant customers from incumbents such as Afterpay and Zip.

Limepay was launched in 2016 as a bespoke offering for the nascent buy now, pay later (BNPL) space. The company allows retailers to operate their own BNPL platform, providing them with the framework that can then be branded as the retailer's own. 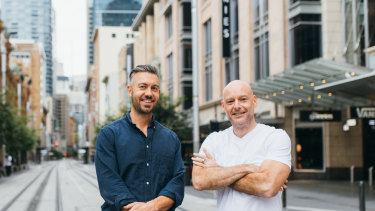 Limepay founder Tim Dwyer and chief revenue officer Dan Peters are gearing up for an IPO.Credit:

It is a different model to that of large BNPL companies such as Afterpay, which market their service to companies as an alternative checkout option, a differentiation co-founders Tim Dwyer and Dan Peters and hopes will give Limepay an edge in the hyper-competitive sector.

"Fundamentally we are a merchant-first, white-label solution as opposed to a third-party solution," Mr Peters said. "We don't own the customer relationship, we don't market to customers, we're not a marketplace."

What this means is Limepay clients, such as EB Games, are able to take the company's service, brand it as their own and then pitch it to customers at the checkout. Limepay still takes on the debt for the instalment payments, but the retailer controls all communication with customers.

In the short-term, the founders are hoping to be complementary to the major BNPL companies rather than a direct competitor, however, in time, they believe a "rationalisation" of the current glut of companies in the sector will benefit Limepay.

"There does come a point where it's 'how many of these third-party brands can I add on to the checkout?'" Mr Dwyer said.

Competition in the BNPL space has been fierce in recent years, with market leaders Afterpay and Zip joined by a number of newcomers such as Splitit, Humm and Sezzle. Almost all have recorded stellar growth during the COVID-19 pandemic, with share prices rocketing as consumers went shopping online.

Limepay is now priming to join its rivals on the ASX boards, with the company engaging stockbrokers at Ord Minnett to begin the pre-IPO process. This follows a $6 million capital raise in May from a crop of high-net-worth investors, including Telstra Group executive Michael Ebeid.

Mr Peters said it was the right time to pursue a float as the company was already burning through the capital raised earlier this year thanks to the significant number of merchants looking to use the platform. 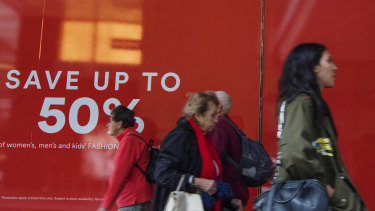 The team also acknowledged the success of other BNPL operators who have recently listed, such as New Zealand company Laybuy.

"It totally is the right time. Everyone is looking for this new sort of credit solution, and not only is the awareness there but the popularity is there," Mr Dwyer said.