The crowd claps and chants as the curtain rises: "Helen, Helen, Helen."

A striking woman stands in the spotlight, short hair, elegant green dress, bold stance. She pauses for a moment, then starts to sing. "She's 41 and her daddy still calls her baby." 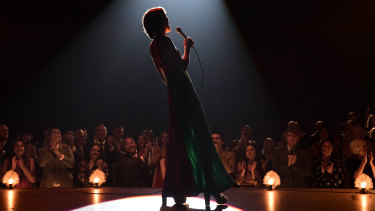 "All the folks round Brownsville say she's crazy," she sings. "Cause she walks downtown with a suitcase in her hand, lookin' for a mysterious dark-haired man."

To everyone in the theatre — everyone in the country at the time — there is absolutely no doubt that Helen Reddy is a star. She launches into the chorus of her latest hit: "Delta Dawn, what's that flower you have on? Could it be a faded rose from days gone by?"

Just before Christmas in 2018, Australian director Unjoo Moon is filming an affectionate bio-pic of the trailblazing Australian entertainer, titled I Am Woman after Reddy's most famous song, in Sydney's Enmore Theatre.

It tells what has to be considered an exceptional Australian story: how a single mother of a three-year-old with just over $US200 to her name arrived in New York after winning a television talent competition and became the queen of 1970s pop.

At a time when a woman could only have a credit card in her husband's name, Reddy overcame the entrenched sexism of the American record industry to have three number one hits and another dozen songs in the top 40.

She was the world’s top-selling female singer in 1973 and 1974, became the first Australian pop or rock singer to win a Grammy, reportedly sold 80 million albums, had her own weekly prime-time television variety show and became a feminist icon when I Am Woman became the women's movement's stirring anthem for change. 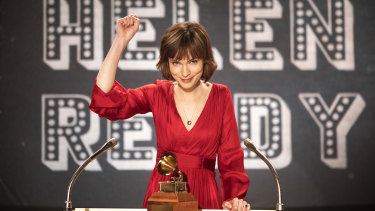 Accepting a Grammy in 1973 with a quip about thanking God "because she makes everything possible": Tilda Cobham-Hervey as Helen Reddy.Credit: Lisa Tomasetti/Stan

When she won her Grammy, Reddy famously thanked God "because she makes everything possible".

Given there have already been dramas about INXS, the Easybeats, Peter Allen, Slim Dusty, Johnny O'Keefe and Olivia Newton-John, you could argue that the film is overdue.

"She had a pretty amazing repertoire," Moon says, referring to such hits as Angie Baby, Leave Me Alone (Ruby Red Dress) and Ain't No Way To Treat A Lady. "A lot of people who've seen the film comment that they didn't realise they were all her songs. And we realised making the film what an incredible voice she has. Those songs are really hard to sing."

Moon, born in South Korea, raised in Australia and now living in Los Angeles with cinematographer husband Dion Beebe, an Oscar winner for Memoirs of a Geisha and nominee for Chicago, swapped seats with him at a G'Day USA dinner seven years ago when she realised they were on the same table as Reddy.

They spoke for two hours and Moon, who grew up seeing the galvanising effect of I Am Woman on her mother, left thinking there must already be a film about Reddy's life.

"I thought it was such a great story," she said. When she learnt that nothing had been made, Moon, who had already made a documentary on singer Tony Bennett, set out to convince Reddy it was time. "Initially we talked about doing a documentary and she felt very comfortable with that," she says. 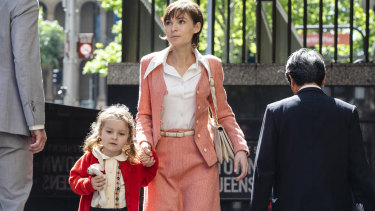 A single mother arriving in New York: I Am Woman. Credit:Lisa Tomasetti

"But her son, Jordan Sommers, was her manager, and he really believed that it should be a movie. Between the two of us, we were able to convince her of that. Then I spent up to a year with her, even before we brought on a writer, just talking to her and really digging deep to make sure there was a big enough story there."

That story involved Reddy (impressively played by Tilda Cobham-Hervey from Hotel Mumbai) and her hard-driving husband-manager Jeff Wald (Evan Peters) going from obscurity to mega success — supported by a friendship with pioneering rock journalist Lillian Roxon (Danielle Macdonald) — until his spectacular cocaine habit gets out of control. The couple divorced in 1983.

Casting agents were looking for an actor to play Reddy in five countries when Moon saw a photo of Cobham-Hervey and read that she was Australian.

"I thought, gosh, there's something about how she's holding herself that reminded me of Helen," she says. "I found that she'd done some extraordinary work — that she was in [Australian film] 52 Tuesdays, that she had a background in circus and that she grew up with parents who were [in the entertainment business], much in the way that Helen did." 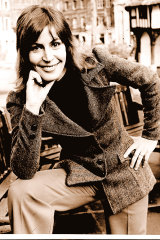 Helen Reddy at the height of her fame in the '70s.Credit:Fairfax

They had lunch in Los Angeles and "about 15 minutes in, I could pretty much tell that she was the person I'd been searching for," Moon says. "I just knew that she was going to totally embrace this character and completely melt into this role."

Cast a year before filming, Cobham-Hervey, 25, studied every video and interview of Reddy she could find. She went with Moon to a women's march in Los Angeles, learned to sing, took voice, movement and breathing classes and practised walking in platform shoes and high heels.

"I was working on a play and I was riding my bike to the theatre each night," Cobham-Hervey says. "When I was riding home, I'd put in my earphones and sing really loudly to all the Helen Reddy tracks. I got some strange looks."

They decided that the film's star would not meet Reddy, whose health had begun to fail. She now lives with dementia, aged 78, in a nursing home for retired Hollywood talents in Los Angeles. 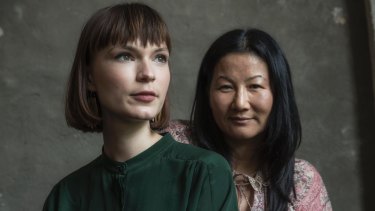 "We were telling a version of her life," Cobham-Hervey says. "It felt like I needed space to be able to develop the character rather than try to copy her."

"I feel such a deep respect for Helen," she says. "She was very much ahead of her time. The things she was fighting for and talking about are the same conversations we're having today. Women like her changed so many things in the world so that my generation has a lot more freedom."

Cobham-Hervey describes Reddy as strong, passionate and curious, with a mission to change the world. "She's had this extraordinarily huge and brilliant life," she says. "It's hard not to be inspired by someone who takes on the world like that."

The film was mostly shot in Sydney, doubling for New York, Los Angeles and Washington. "The hardest thing about it was the Australian birds," Moon says. "Every time we shot outdoors, we'd get stymied by a kookaburra or a crow."

While developing I Am Woman, Moon and producer Rosemary Blight thought it would be a perfect release with Hillary Clinton as the first female American president. But so much has happened since then: the chaos since Donald Trump's surprise election win, the rise of the #MeToo movement, Black Lives Matter protests and a pandemic that has changed the entertainment landscape.

While the film would undoubtedly have a strong life in cinemas — it has been well received on the international festival circuit starting with Toronto last September — Moon is optimistic about its release at the end of the month on Stan, owned by Spectrum's publisher Nine.

"We definitely made the film to be a cinema experience," she says. "I've seen it in five countries now and the collective experience and the response to the story — especially at the end of the movie —​ is very powerful.

"But as the magnitude of [the pandemic] became more apparent, what became really important to us was to get this message out there. There are some really big choices that are going to be made in the world, especially the US election, and I hope our story will empower people, particularly women, to make really good choices." 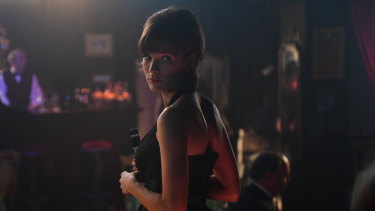 "It's hard not to be inspired by someone who takes on the world like that": Tilda Cobham-Hervey as Helen Reddy. Credit:Lisa Tomasetti

Moon, who is next making a film about five air stewardesses who rescued more than 500 civilians on the last commercial flight out of Saigon during the Vietnam War, treasures the time spent with Reddy.

Before filming, they spent an afternoon together listening to her 1978 double album Live In London, with Reddy discussing the songs and singing along. "Every time I see her, she's in great spirits," Moon says.

Screening an early version of the film for Reddy, her children Traci and Jordan and granddaughter Lily was an emotional experience. Moon's panic about the possible reaction subsided when she realised Reddy was singing along and laughing.

At the end of film, she read out loud the title cards detailing what Reddy, Wald and Roxon had done and noting the proposed Equal Rights Amendment to the US constitution, which feminists inspired by I Am Woman were fighting for in the '70s, had still not been passed.

I Am Woman screens on Stan from August 28.

Atalanta have signed the striker of PSV Lammers'
Suarez arrives for Barcelona training despite talks with Atletico
Morata passes medical at Juventus
Simeone plays a key role in the transfer of Suarez to Atletico
The Agent Of Gareth Bale: In real Life, Gareth was treated differently. I hope there will be no question of a return
Micah Richards: People write: Richards only works live because of BLM. I achieved this through hard work
The former Director of Barca: Martino said Messi: I know that if you call the President, he will throw me out
Source https://www.smh.com.au/culture/movies/capturing-helen-reddy-a-remarkable-australian-life-hits-the-screen-20200716-p55cqm.html?ref=rss&utm_medium=rss&utm_source=rss_feed