Cash incentives of $100,000 or more to entice international runners to Melbourne for spring carnival features could be scrapped permanently.

Both the Melbourne Racing Club and Moonee Valley Racing Club made the decision to take their travel incentives off the table this year, but it hasn't stopped a star-studded list of horses from nominating for both the Caulfield Cup and Cox Plate. 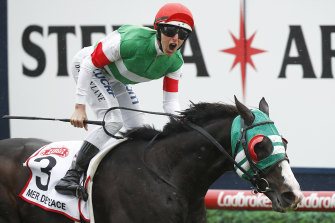 The Valley had made the decision pre-COVID that it would not invite horses this year for the $5 million Cox Plate, while the MRC was also considering binning its inducements last year after the Caulfield Cup received a prizemoney boost from $3 million to $5 million in 2019.

The Valley's chief executive Michael Browell said spring carnival prize money is likely at a level now where it proves lucrative enough to entice international involvement without the need for clubs to cover travel expenses, "particularly if the European prizemoney doesn't rebound as quickly as what it could".

"All of the big feature races across Europe, with the exception of a race like the Arc, I think they've all been cut by half or more so you can see why particularly Aidan [O'Brien] has got a strong team coming out," Browell said.

"We pay $75,000 down to 10th, so if you're bringing a horse over to run in the Cox Plate, you're hoping it will finish in the top 10. But then there's other options for them now, particularly the $2 million Mackinnon and if they want to head on to Hong Kong."

MRC chief executive Josh Blanksby said his club last year offered $100,000 to returning raiders who missed out on a top-three finish to cover travel expenses, while Browell said The Valley's previous "all expenses paid" offer would often be more than that, particularly for those horses coming out of Japan.

Blanksby said the impacts of COVID meant those bonuses were no longer justifiable.

"From a financial position, it's difficult justifying paying for horses to come out when your business is pretty much closed," he said. 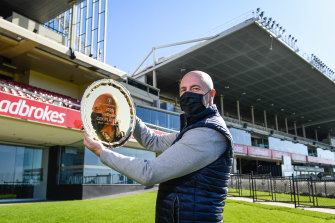 "We were paying the incentive when the Caulfield Cup prize money was at $3 million and the decision to boost it to $5 million was done when we already had the incentive out there, so we were always going to look at the incentive anyway with the prizemoney being boosted.

"Obviously COVID meant we had to do it for financial reasons, but it's great to attract a good field anyway. Compared to international standards, $5 million is a lot of money for those horses so it's really positive to see they're coming out this year."

While Browell wouldn't put a line through reintroducing the incentives, he said his club was "buoyed" by the list of Cox Plate nominations. The Ladbrokes Cox Plate Boost also offers a $1 million bonus to any horse who wins the Takarazuka Kinen, Juddmonte International or one of 11 local races and goes onto win the Cox Plate.

Blanksby, too, said his club would wait and see how strong the Caulfield Cup field is, adding that it was important the carnival continued to attract the best horses possible.

"I just think it's a global race and racing's a global sport and you want the best coming," he said.

"Just like the tennis with the Australian Open, you want the best people coming.

"It's a pretty strong component; you want the internationals coming here and allowing them to come here and it's good for the rating of the race, good for the sponsors, good for media rights, especially in international markets. For all those reasons it makes sense.

"We'll see who actually lines up on the day and how the race rates and things like that before we make those decisions [going forward], but I think the increased prize money has seen us attract a good field."

Troy deeney: I was called a black asshole, and social media said it wasn't racist. Do companies even want to change this?
Miralem Pjanic: Sorry didn't trust the players at Juventus. It's a shame when people are judged incorrectly
Wenger on why he didn't mention Mourinho in the book: he Didn't want to talk about Jose, Klopp or Pepe because they are still working
The perfect project to lose money. An idea for dreamers. Tebas on the European Premier League
The Catalan authorities refused to postpone the referendum on a vote of no confidence in Bartomeu. It will be held on November 1-2
La Liga President on Messi's departure: It won't be a drama for us. And his reputation will suffer
Ronaldo is a fan of the UFC. Rooting for Khabib, training with Conor, signed up for all the top fighters
Source https://www.theage.com.au/sport/racing/carnival-prize-money-incentive-enough-for-international-raiders-20200920-p55xdo.html?ref=rss&utm_medium=rss&utm_source=rss_feed