A childcare centre enrolled "phantom children" to defraud millions of dollars in subsidies from the federal government to fund the owner's lavish lifestyle of property purchases and overseas holidays, police allege.

Ola Ouda, 42, is the alleged leader of a syndicate which claimed $15 million in taxpayer funds, including more than $13 million in daycare subsidies and more than $2 million in COVID-19 payments. 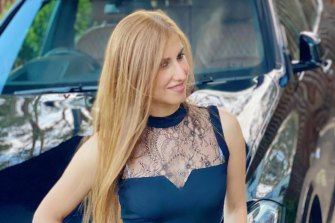 Ms Ouda was one of five people arrested and charged with fraud offences after police searched properties across the north of Melbourne on Wednesday.

Police and federal government department staff interviewed more than 70 daycare educators and parents, some of whom are considered to be persons of interest in the investigation.

Ms Ouda is the sole operator of Prime Family Day Care in Thomastown, which the Australian Federal Police said was claiming the largest amount of federal government payments in the country.

Her partner, 47-year-old Amjad Shehada, has also been charged over the alleged fraud, which police claim expanded to banking JobKeeper payments for ineligible staff at an Eltham restaurant the pair owned. 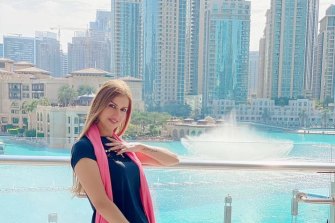 Investigators are still working out how much of the $15 million was rorted, however it is expected that the total fraud runs into the millions.

On its website, the provider said it offered "high quality childcare at a home-based setting", but police claim that at least some of the children enrolled were not receiving any care at all, despite the alleged fraudsters claiming the government subsidies.

The proceeds are said to have funded international trips and a large property portfolio in Melbourne and Dubai. Company records show the pair were born in Kuwait. On their Facebook pages, Ms Ouda and Mr Shehada posted photos of themselves taking overseas holidays, including to Paris. 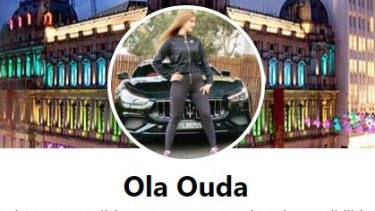 In her Facebook profile picture, Oula Ouda stands in front of a Maserati with the number plate "LBOSS".Credit:Facebook

In her profile picture, Ms Ouda is shown standing in front of a black Maserati Ghibli sports car with the number plate "LBOSS".

In a Facebook post last month, Ms Ouda shared an A Current Affair story reporting similar allegations of fraud against another childcare operator in Sydney.

"Absolutely disgusting !!!! Those criminals are destroying our industry !!!!! They should be in jail !!!!!!," she wrote. 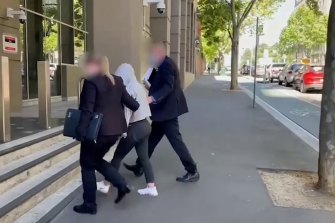 One of the five people charged by the AFP.Credit:AFP

The AFP said it had investigated the centre after receiving a report of large-scale fraud in December 2019. The business has since had its licence to claim payments suspended.

As part of its investigation, the AFP searched homes in Craigieburn, Eltham, Thomastown, Doncaster East, Epping, Roxburgh Park and Greenvale, as well as the Sydney suburb of Bankstown.

The AFP is also investigating whether the network had falsely claimed JobKeeper and other forms of COVID-19 support payments. Ms Oula and Mr Shehada are the owners of a Lebanese restaurant in Eltham.

“We allege the two main co-accused may have expanded to other fraud avenues during the COVID-19 pandemic, accessing more benefits reserved for those doing it tough during the most challenging of times," Commander Hunter said 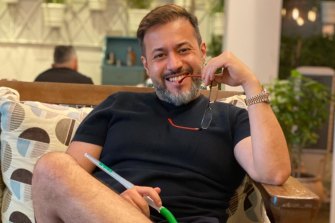 "Again, we believe these were benefits they were not entitled to. "

A 39 year-old Epping man, who was a senior office employee at the business, has also been charged with conspiring to commit serious fraud offences.

Two women, both family daycare educators from Roxburgh Park, have also been charged over their connection to the syndicate.

The accused have been bailed and will next appear in the Melbourne Magistrates Court on June 9.

Koeman before Rayo: The Cup is the shortest path to the trophy, but it did not get easier because of the relegation of Real Madrid and Atletico
Messi and his family take French lessons. Why teach him to go to the City? Canal+ journalist about the forward at PSG
Johnson on Lampard's resignation: In the world of results, it doesn't matter who you are - Mr. Chelsea or not
Alexander Golovin: Kovac is a competent specialist. Excellent work with him
Arsenal want to play the Europa League away match with Benfica on a neutral field due to a possible ban on flying to Portugal
Coach Istanbul Webo on the scandal: Tuchel did not show solidarity. I am furious, I was discriminated against
Barcelona did not pay the players for six months in December, although they took out a loan. The club promises payments in February
Source https://www.smh.com.au/national/victoria/childcare-centre-used-fake-children-to-defraud-millions-police-say-20201127-p56iki.html?ref=rss&utm_medium=rss&utm_source=rss_national

Learning from a tragic past to build a better future

Leaders eye federal election while vision falls by the wayside