A jetty design which Noosa Council outlawed for not blending in with up-market Noosa Waters surroundings is at the centre of a legal battle after a deadlock could not be broken.

However, the council is now being advised to settle the matter with the jetty owners.

In a flap over jetty’s legal challenge

Dredging river mouth best way to bring back the fish

“If the matter proceeded to a hearing, it is likely the court will allow the appeal, due to the absence of clear restrictions on the use of infill in handrails in the provisions of either the Noosa Plan 2006 or the Noosa Plan 2020.

“We have reviewed the watercourses works code and are unable to find any more specific provision that council could rely on to assist in maintain a refusal position,” the advice said.

A change of heart to settle the previous council’s refusal may well have the support of newly elected Cr Amelia Lorentson, who has already questioned the cost of the council’s legal battles on a number of occasions.

Cr Lorentson is likely to have further to say at the October round of meetings starting next Tuesday. 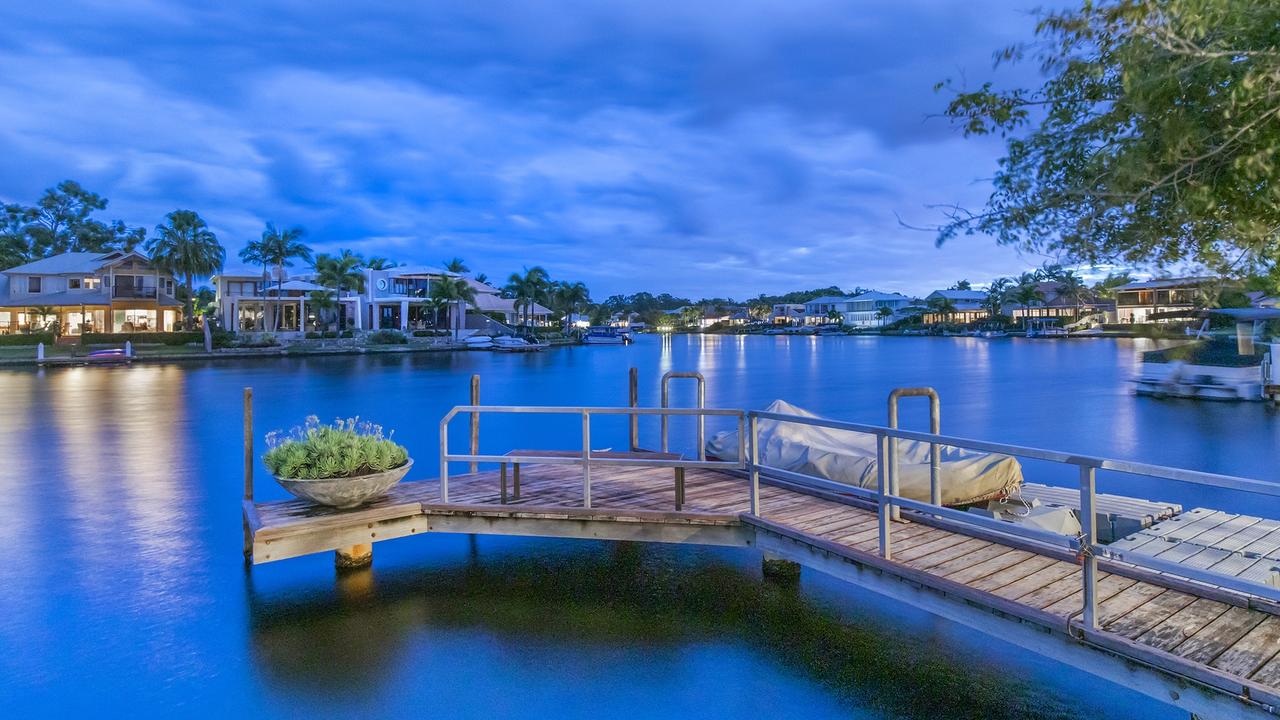 A complying Noosa Waters jetty looking good and making the most of its water surrounds.

In June she was among three new councillors who expressed doubts about the council’s role in determining the aesthetics of the area.

Council development assessment manager Kerri Coyle said the refusal of a change to a development approval at The Peninsula canal address was because the structure did not blend with the surroundings.

“The white finish, thickness of material and overall design of the structure is obtrusive on the open watercourse and landscaped surroundings,” Ms Coyle said.

“The proposed handrail is inconsistent with handrails for jetties in Noosa Waters, which are of an open style handrail consisting of evenly spaced vertical posts and a single horizontal rail, with no decorative infills,” Ms Coyle said.

She said the original jetty development approval expressly excluded the use of the “Hamptons style” of railing, but the owner constructed the jetty handrail in that fashion regardless.

Mayor Clare Stewart said in June she knew the property which was “very much a Hamptons style house”.

“So in fact the jetty as a Hamptons style jetty would actually fall in line with the whole look and feel,” she said.

Back then Ms Coyle said the council would be obtaining the views of the Noosa Waters Residents Assocation on the matter as they were “very active”.

It prompted concerns from Cr Lorentson about the danger of allowing too much control in aesthetics in a group like the association.

Lucescu on the Juventus defeat: Maybe 0:2 is a lot for such a match. We played very well
Pique may miss the match with Juventus due to removal in the game with Ferencvaros
Gnabry contracted the coronavirus. Bayern play Atletico tomorrow
Fati is the first in the history of the Champions League to score 2 goals under the age of 18
Messi scored in the 16th consecutive Champions League season and repeated Giggs' record
Bruno did not score a PSG penalty at the first attempt, but the referee asked for an Interruption due to Navas' exit from the goal line
Koeman is the fifth coach to manage 6 teams in the Champions League
Source https://www.sunshinecoastdaily.com.au/news/council-set-to-crumble-on-jetty-sight-crime/4110586/