Colombo: Sri Lanka may be compelled to buy more oil from Russia as the nation faces shortages amid an unprecedented economic crisis, its prime minister told the Associated Press.

Prime Minister Ranil Wickremesinghe, in an interview with the news agency on Saturday, said he would first look to other sources, but would be open to buying more crude from Moscow.

The country is in the midst of its worst financial crisis in seven decades and severely strapped for dollars to pay for critical imports including food, fuel and medicine. 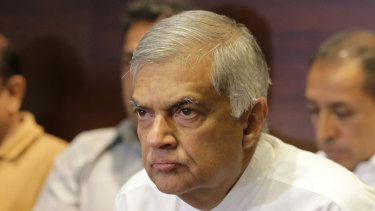 Long lines, sometimes kilometres long, are a common sight near petrol stations across the country, which has also been hit by rolling power cuts.

While Washington and its allies are trying to cut financial flows supporting Moscow’s war effort, Russia is offering its crude at a steep discount, making it extremely enticing to a number of countries.

Wickremesinghe, who is also Sri Lanka’s finance minister, also indicated he would be willing to accept more financial help from China, despite the island nation’s mounting debts.

Sri Lanka’s current predicament was of “its own making”, he said, and the war in Ukraine was making it even worse adding that dire food shortages could continue until 2024.

He said Russia had also offered wheat to Sri Lanka, the AP reported.

Sri Lanka was also trying to get oil and coal from its traditional suppliers in the Middle East.

Officials are negotiating with private suppliers, but Wickremesinghe said one issue they face is that “there is a lot of oil going around which can be sourced back informally to Iran or to Russia.”

Since Russia’s invasion of Ukraine in late February, global oil prices have skyrocketed.