Federal crossbenchers have criticised the Australian government’s plan for a taxpayer funded gas-led economic recovery, as recommended by the Prime Minister’s COVID-19 advisory body, because it is out of step with Australia’s Paris climate commitments.

Independent MPs Zali Steggall, Andrew Wilkie and Helen Haines issued a signed statement with Greens leader Adam Bandt citing research from the University of Melbourne that predicted the cumulative economic damage of Australia failing to keep temperature increases below 2 degrees to be $2.7 trillion.

“The COVID-19 economic crisis and recovery spending is going to impact Australians for years to come. Public debt incurred in response to the COVID-19 pandemic must be done in the interest of all current and future Australians,” the statement said.

Ms Steggall said she was concerned that special advisors to the National COVID-19 Coordination Commission were not being required to declare conflicts of interest given the “clear direction” the NCCC was taking on gas. 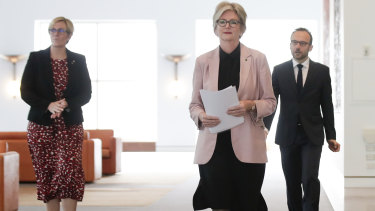 Last week the Sydney Morning Herald and the Age reported that an unpublished report by the NCCC’s manufacturing taskforce recommended "cutting red and green tape" to help the gas industry rapidly increase gas extraction and create up to 170,000 manufacturing jobs.

The NCCC, whose chairman Nev Power stepped back from his role as deputy chairman of the gas player Strike Energy after conflict of interest concerns were raised, also proposed tax incentives for the construction of gas infrastructure and letting pipeline owners charge higher prices.

The crossbenchers said that in order for Australia to do its part in meeting Paris climate goals it must reduce, rather than increase, its gas use and it raised further concerns about governance of the NCCC. 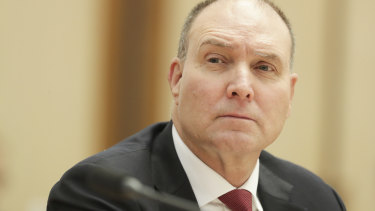 “These concerns over conflicts of interest are clearly evident in the Manufacturing Working Group’s leaked recommendations for Australian taxpayers to subsidise the gas industry, given that members have not been required to disclose conflicts of interest, despite the fact the group includes several directors of oil and gas companies,” the group wrote.

The statement comes after public hearings of the NSW Independent Planning Commission into a plan by Santos to drill 850 gas wells in north western NSW have come to a close on Saturday, with submissions to the project closing on Monday. 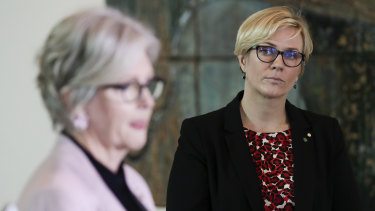 Helen Haines and Zali Steggall are among the names of crossbenchers concerned about the conflicts of interest. Credit:Alex Ellinghausen

This week the Climate Council added its voice to those opposing the planned project on environmental grounds in its submission.

“Allowing any new gas development is fundamentally at odds with protecting Australians from the impacts of climate change,” said Climate Councillor Professor Will Steffen, who gave evidence to the IPC about the proposed project.

“Santos has been attempting to downplay the impact of its Narrabri Gas Project on Australia’s emissions. Gas is a fossil fuel, like coal and oil. Burning gas emits large amounts of carbon dioxide, and depending on how the gas is mined and processed, it can also emit significant amounts of methane, a much more potent greenhouse gas than carbon dioxide," said Professor Steffen.

Nick O'Malley is National Environment and Climate Editor for The Sydney Morning Herald and The Age. He is also a senior writer and a former US correspondent.

Barcelona's Interest in Isak Increased after Koeman's appointment. Larsson has a high opinion of the player (Mundo Seportivo)
Manuel Pellegrini: When you play against Real Madrid and var, it's too much
PSV and Porto are Interested in Barcelona midfielder PUC. He doesn't want to leave the club
Puyol about Barcelona: If we want to win the championship, we need to perform very well
Schalke sacked Wagner. The team has not won the Bundesliga since January
Iacini on 3:4 with Inter: Even a draw would be an unfair result, given how many chances Fiorentina created
Ramos Pro 3:2 with Betis: the Referee tried his best and didn't do anything intentionally
Source https://www.smh.com.au/environment/climate-change/crossbenchers-condemn-government-s-plans-for-a-gas-lead-recovery-20200804-p55ii9.html?ref=rss&utm_medium=rss&utm_source=rss_feed