TikTok has been forced to removed harmful content from its platform in Australia, with the eSafety Commissioner turning up the heat on the Chinese social media giant to take down cyber bullying material targeting children.

The social media platform, which has 1.6 million users in Australia, received six notices from the Office of the eSafety Commissioner last year to remove material that was focused on children between the ages of 13 to 15 and mainly related to impersonation accounts and mean videos posted about targeted individuals.

One complaint was from parents of an eleven-year old child who wanted assistance because they thought their child would be cyber bullied for material their child had posted. 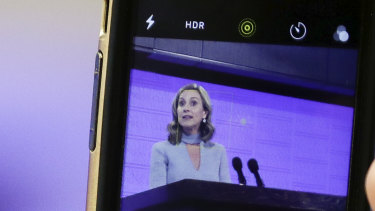 The eSafety Commissioner Julie Inman Grant said in the last financial year complaints relating to TikTok made up approximately 7 per cent of all cyber bullying complaints received by the agency.

"Apps like TikTok, which have chat functions, need to be managed carefully by parents," she said.

"Be aware and make use of any built-in safety features, such as making an account private and locking contacts to people who are already connected and known in the real world to your child."

TikTok is facing a global backlash over security concerns, with the platform facing a potential ban in the US. The platform, owned by Chinese company ByteDance, is also under pressure over fears that the user data on TikTok could be accessed by the Chinese government.

Melbourne teenager Harvey Petito is one of Australia's biggest TikTok stars with 1.6 million followers on the platform and he said cyber bullying was not a problem unique to TikTok.

"There is some bullying on TikTok, but it’s no different to what happens on Instagram," the 16 year old said. "I usually just delete those kind of comments and then block the account, and it’s usually just someone hiding behind a fake account anyway." 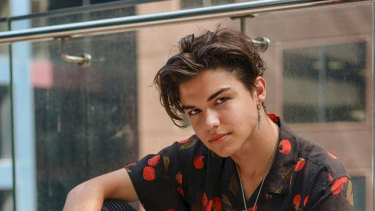 TikTok published a 'transparency report' last week which outlined the removal of almost 50 million videos globally in the second half of last year for violating the platform's community guidelines or terms of service.

Of the videos removed around 3 per cent fell under TikTok's harassment and bullying policy.

A spokesperson for TikTok said the platform occasionally received requests from governments and law enforcement to remove content.

"We deeply understand the psychological distress that abusive content can have on individuals, and we do not tolerate abusive content or behaviour on our platform," the spokesman said.

"We are deeply committed to ensure the safety of users on TikTok, to help promote a safe and appropriate app experience, and remove any content that violates our community guidelines and suspend or ban accounts involved in severe or repeated violations."

A spokesman for Communications Minister Paul Fletcher said TikTok was classified as a tier one social media service in Australia which enabled the eSafety Commissioner to make removal requests against TikTok's own terms of service.

"The eSafety Commissioner plays an important role in keeping Australians safe online," the spokesperson said. "The commissioner works closely with social media companies to make sure they are upholding their responsibilities to their Australian users."

Ms Inman Grant said all social media platforms had the potential for cyber bullying, by the very nature of social media.

"Talk to your child about deleting content that they no longer want people to see," she said. "Stay involved – talk regularly with your child about how they use these apps, and whom they connect with online."

For more tips on dealing with cyber bullying, visit the eSafety Commissioner’s website or ReachOut

Young people can also contact the free, 24-hour phone and online counselling service at Kids Helpline or on 1800 551 800.

Bayern want to sell Boateng in the summer. The club has no offers yet
Solskjaer on the Europa League: a Trophy would be a big step forward for Manchester United. We want to win something
Juve have contacted Zidane, Pochettino, Inzaghi, Spalletti and Gasperini about working at the club. The Real Madrid coach refused
Coach Of Brentford: We went from a mid-level team to the third team of the season. This is an incredible achievement
Burnley are not going to sell Tarkowski for less than 50 million pounds
Lester wants to rent Trincou at Barca with the obligation of ransom for 50 million pounds
Scott Parker: Fulham have a lot to progress. And I am happy about it
Source https://www.smh.com.au/technology/cyber-bullying-content-targeting-children-pulled-from-tiktok-20200713-p55bjt.html?ref=rss&utm_medium=rss&utm_source=rss_feed

When the surreal is everywhere, how do you make a nonsense film?

No COVID caution as Splitit raises $100m for global expansion