Former North Melbourne coach Dean Laidley has completed an inpatient rehabilitation program in Geelong and will return home after successfully varying the conditions of his bail.

Mr Laidley is charged with stalking, using a carriage service to menace and other offences after his arrest outside a woman's home in St Kilda on May 2. 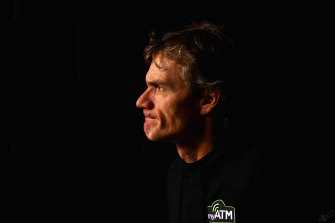 The 53-year-old was granted bail on May 11 over allegations he sent dozens of aggressive phone calls and text messages to a woman.

His case returned to Melbourne Magistrates Court on Tuesday, when Mr Laidley's lawyer, Rob Stary, applied for bail to be varied so Mr Laidley could continue treatment as an outpatient from his home in Moonee Ponds.

Mr Laidley was staying at a Geelong rehabilitation facility, after facing allegations he sent dozens of aggressive phone calls and text messages to a woman.

Police allege that between April 4 and May 2, Mr Laidley tried to contact the woman more than 100 times in phone calls, voice and text messages and emails and that he also took photographs of her home and car in an underground car park.

Police also allege that on April 4, Mr Laidley was verbally abusive and aggressive and called the woman a "slut" and a "c---" and also said, "I am going to ram you with the car when you leave".

The former coach appeared via videolink and was not in court. His bail was connected to a charge of stalking.

Photographs which showed Mr Laidley wearing a woman's wig and make-up while being interviewed by officers inside a police station are the subject of a separate investigation by Victoria Police's professional standards command. 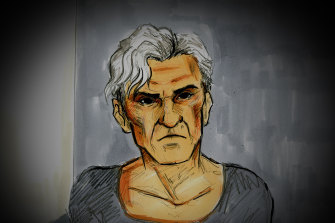 A sketch of Mr Laidley at an earlier hearing.Credit:Nine News

On May 11, Mr Laidley was granted bail to stay at the rehabilitation clinic after the court heard he had problems with mental health, substance abuse and gender dysphoria.

He will next face court on December 14.

Klopp on the win over Ajax: it wasn't radiant football, but we scored three points
Bayern scored 4+ goals in the 20th match at Flick. He has managed the team for less than a year
Bayern extended their record streak to 12 consecutive wins in the Champions League
Serie A clubs won 3 matches out of 4 in the opening round of The Champions League. Only Inter drew
Miranchuk made his debut for Atalanta, coming on as a substitute in the Champions League game with Midtjylland
Miranchuk scored on his debut for Atalanta, coming on as an 80th-minute substitute
Lukaku has scored 9 consecutive games in European competitions. He has 10 goals in that time
Source https://www.smh.com.au/national/victoria/dean-laidley-to-return-home-after-completing-rehab-in-geelong-20200929-p5607r.html?ref=rss&utm_medium=rss&utm_source=rss_feed

Cat's grand final chance at least 10 years in the making

Now staples in our homes, flowers have long had the power to seduce us

Where to score the new iPhone 12

'We were not worthy': Real Madrid stunned by COVID-depleted Ukrainians

The smouldering feud between Facebook and Apple is erupting

Scott out of tournament after positive COVID test

‘Political stunt’ pushes Satanism to be taught in schools

Revealed: Regions major parties are most under pressure