WA's approach to the coronavirus pandemic is underpinned by an effective COVID-19 vaccine being found, and quickly.

But does the state government have an exit strategy to its "island within an island" stance if an effective vaccine doesn’t emerge in the next few years and those around it, both interstate and internationally, start to bring their borders down and adapt to the new normal? 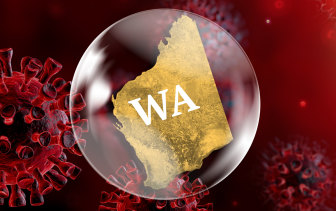 Does WA have an exit strategy to eventually get out of its COVID-free bubble that doesn't involve accepting the virus back into the community? Credit:WAtoday

It’s a significant problem to contemplate, and one borne from WA achieving elimination of the virus when most countries are implementing suppression models to reduce community transmission to manageable levels.

While eradicating coronavirus locally has provided immediate short-term benefits to WA’s public health system and way of life, the strategy is futile without a vaccine.

“The trouble with the elimination strategy is it’s all contingent on finding a vaccine that is 90 per cent-plus effective, similar to the measles vaccine ... and for it to be taken up by everyone in Australia and in fact most of the world,” Australian National University infectious disease expert Peter Collignon said. 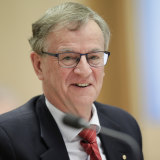 “I think that is a big ask because if you develop a vaccine that’s only 30 or 50 per cent effective, well that’s what influenza is, and we can’t stop transmission of influenza with a vaccine of that efficacy.

“If a coronavirus vaccine is found that is only 50 per cent effective, then WA is going to have to continue [to keep its borders closed] for years and years until it’s willing to accept a certain amount of risk.”

The Commonwealth has closed international borders and WA Premier Mark McGowan has repeatedly said the state’s hard border with the eastern states would not be removed until community transmission was eliminated, which required 28 days without a mystery infection being recorded across the country.

On Thursday, he veered from his messaging, implying opening the state would also result in West Australians spending their tourism dollars elsewhere in the country and losing their jobs to those in the eastern states.

“The benefit to opening to the Northern Territory or South Australia for Western Australia is not there, there is no benefit," he said.

“All we will do is we will lose jobs.”

University of Notre Dame political analyst Martin Drum said while the majority of West Australians supported Mr McGowan’s hard border stance, public sentiment would begin to shift come Christmas as more realistic timeframes for a vaccine sunk in and other states with the virus under control began opening to one another.

“Over the next month or two, that’s when it gets interesting,” he said of the state government’s next move.

"People understand McGowan and the government's stance even where they have family over east, they still understand it because of the circumstances, but it just starts changing when you have lower levels of community transmission.

"You can probably announce the lowering of the border a month out from Christmas and still give people time to book flights, etcetera, to make plans for the summer holidays, but any later than that and it starts getting tricky and you start copping a lot of flack from people that would like to see their family, in particular over Christmas."

“I have long argued there is no public health upside from keeping our state borders closed to those jurisdictions which are in the same or a better position than WA,” he said.

“I’m sure that over time that will become the prevailing public view.

“We can’t have this situation where state borders are going to be closed based on arbitrary political judgements and not for proper public health reasons for months on end.

“We need a predictable exit strategy, based on objective, predictable public health criteria and I would like to see some evidence that the state government is giving itself the tools to re-open our economy to other Australian jurisdictions in a COVID-safe way.”

Prime Minister Scott Morrison has flagged the possibility of opening Australia’s international border to other countries with low community transmission, such as New Zealand and Japan. 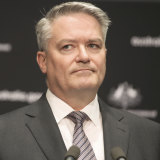 However a spokesman for the McGowan government said the state had not been told of any future changes to the international border.

“International arrivals are a matter for the Commonwealth Government, however, we have not received any indication that changes will be made for their border arrangements at this point,” he said.

“We’ll continue to work productively with the Commonwealth on these issues.

“Any significant increase to international arrivals at this point in time would put severe strain on hotel quarantine systems.”

The spokesman did not directly respond to whether there was an exit plan out of the pandemic which did not involve WA having to accept the virus back into the community in some capacity.

Asked if the state government had considered a future scenario for if a vaccine continued to elude scientists long-term, he said, “WA’s current health advice is not based on a vaccine".

“Our hard border continues to be one of our most effective weapons in stopping the spread of COVID-19 into our state and for that reason the hard border will stand until the health advice says otherwise,” he said.

Professor Collignon said he believed nation-wide elimination – the requirement for WA to open its interstate border – was still possible, despite Victoria’s second wave.

However, he argued travel should be permitted across Australia if the infection rate in a region is less than one in every 300,000 to 400,000 people.

“The best exit strategy is if we have a 90 per cent effective vaccine that is taken up by everyone ... but if you ask me if that’s going to happen any time soon, no I don’t think it is, I think if everything goes well we’re talking two or three years for that to happen,” he said.

“My own view is we should accept the suppression to low level strategy is what we should aim for all around Australia, and that probably means we will get elimination for periods of time but we will probably get re-introductions at times, like New Zealand has had.”

Nathan is WAtoday's political reporter and the winner of the 2019 Arthur Lovekin Prize for Excellence in Journalism.

Bartomeu about VAR: In the match against Real Madrid, a non-existent penalty was awarded. We need fair football
Ian Wright: it's a Pity Ozil isn't playing, but Arteta's tenacity is admired
Josep Bartomeu: it was Important to start a new era for Barca with Messi. The Interests of the club are above all
Spider-man is a Barcelona fan. Tom Holland photographed in a Catalan t-shirt
Neymar made the world team of 5 players. There is no goalkeeper in it
Zidane on Barca's reaction after Classico: Real Madrid are focused on their goals. I don't mind talking
Pep on winning the Champions League: I will try. I have already answered this question 250 times
Source https://www.theage.com.au/national/western-australia/does-wa-have-an-exit-strategy-out-of-its-covid-free-bubble-20201001-p56116.html?ref=rss&utm_medium=rss&utm_source=rss_national