Fresh fruit and veggies, cooking oil and staples like bread and pasta are among grocery items expected to climb in price as supermarkets and local stores face increasing costs along their supply chains that will be passed on to shoppers already feeling the cost of living squeeze.

Vegetable and fruit prices rose by 6.6 per cent and 4.9 per cent, respectively, in the first three months of 2022, according to the latest CPI figures. But shoppers who are hoping for the pinch on their wallets to ease will find little respite, experts say. 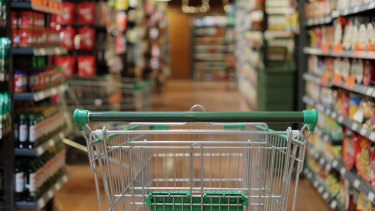 Experts predict grocery prices will keep rising for the rest of the year.Credit:iStock

“In terms of looking forward, we don’t see any relief for the rest of the year,” said Sean Smith, the chief of Frugl, an app that tracks and compares grocery prices. “Overall, the prices are going to go up. And that will continue.”

A perfect storm of factors has pushed retail costs higher. These include border closures during COVID which has led to critical labour shortages that big business has now flagged as a priority for the new Labor government. Additionally, floods in Queensland and Northern NSW have adversely impacted crops and transportation, while Russia’s war on Ukraine has exacerbated matters by reducing global supply of oil and wheat.

Farmers and retailers have tried to absorb these rising costs over the past few months, Smith said. But “our view is that they’ve really reached breaking point, and they just can’t absorb any more”.

What will cost more?

Soft drinks, instant coffee, cooking oil, some canned goods and beef sausages are among the grocery items that have seen the sharpest price rises. Since the end of 2021, shoppers are now paying 50 per cent more for a 2-litre bottle of Coca Cola and Moccona instant coffee, according to Frugl data provided to The Herald and The Age. Meanwhile, Crisco’s sunflower oil has increased 20-30 per cent.

Baked beans and spaghetti in tomato sauce have risen by more than 30 per cent in some instances, while an 8-pack of beef sausages has increased by as much as 20 per cent.

National Farmers Federation chief economist Ash Salardini pointed to the long-lasting impacts of Russia’s invasion of Ukraine. Together, the two countries make up 30 per cent of global grain supply and are known as the world’s breadbasket. They are also key exporters of vegetable oils.

“Things like bread, anything that requires wheat – I daresay you’re going to be paying 20 to 30 per cent more,” Salardini told this masthead.

Most of that has already been priced in, but there’s further to go, he said. “Don’t expect any drops in the next 12 months. If you see 5-10 per cent increases, don’t be shocked.”

Frugl’s Smith believes the cost of fresh produce, like fruit and vegetables, will climb in coming weeks and months. “I don’t think this is coming. It’s happening now,” he said. “The fresh aisles ... are just quite bare.” This will push up demand elsewhere. “If there’s a shortage in fresh [produce] – there’ll be a shortage in frozen as well.”

Coles boss Steven Cain has remarked that the current inflationary pressures are the worst he has seen in some time, while Woolworths chief Brad Banducci said his supermarkets had seen 2-3 per cent price rises.

In response to cost of living pressures, both supermarket giants have lowered the price of hundreds of everyday items. Aldi and IGA noted the entire industry was facing cost pressures that would inevitably be passed on to consumers to some degree.

“We remain committed to passing on the smallest cost increases sustainable and maintaining our price gap to the competition,” an Aldi spokesperson said.

IGA stores have individual relationships with local suppliers. However, cost increases in items supplied by wholesale distributor Metcash, IGA’s parent company, will likely be copped by the customer.

“Where they have legitimate reasons to increase prices, we will need to pass on these cost increases to our independent retailers,” an IGA spokesperson said. “We help to address the impact of this on shoppers by seeking to supply our retailers with a wide range of products at different price points to provide shoppers with pricing options.”

Australian Farmers Markets Association chair Jane Adams urged Australians to shop at local businesses and markets as a way to reduce costs and ensure a viable alternative to supermarkets, which have much longer supply chain links.

“If the farmer’s input costs are within better control, that balance can be passed onto the consumer,” Adams said, pointing out that local producers have greater control and flexibility over things like packaging.