Edith Cowan University will vacate its Mount Lawley campus to move to the Perth CBD under a $695 million deal announced by the state and federal governments on Sunday.

The new campus will be located west of Yagan Square on the Wellington Street bus station and falls under the Perth City Deal, a joint effort between federal, state and local governments to kickstart major projects in the city centre. 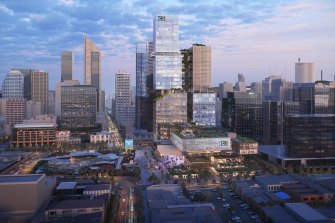 An artists impression of the new ECU campus.

The long-awaited deal was expected to bring more than 9200 students and staff from the uni's technology, arts, business and law and cyber security schools to the city by 2025.

Prime Minister Scott Morrison said the project would be a 'game changing' investment in education, culture, jobs and lifestyle that Perth would benefit from for generations to come.

“This is a JobMaker investment which will generate employment for thousands of hard-working
West Australians, it will boost those businesses that are already in the CBD and it will drive
new businesses to open,” he said.

Premier Mark McGowan said the state government was tipping $150 million in grant funding and offering the land for the project.

He said as part of the deal the current ECU site will revert back to WA government control and the state would now start 'masterplanning'.

ECU Vice-Chancellor Steve Chapman said the city deal model was achieving great outcomes for the university and the city.

“This is an outstanding result for ECU and for the state. We are delighted to be working with all
levels of government to create Perth’s first comprehensive university campus in the heart of
the city,” he said.

“It is a transformational project which will change the face of our city and shape the future for
ECU and its students. 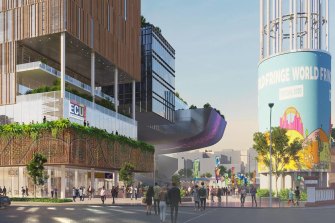 The new ECU campus will be located west of Yagan Square.

“This campus will be where technology, industry and creativity meet to deliver the innovative
thinkers, adaptive learners and global citizens who will be the leaders of tomorrow.”