After years of back and forth between state, federal and local governments and delays due to a certain pandemic the Perth City Deal has finally been inked and it is set to change the CBD forever.

City deals are partnerships between all levels of government and private enterpise to give investment a kick up the bum. A number have already been signed for towns such as Western Sydney, Launceston and Darwin. 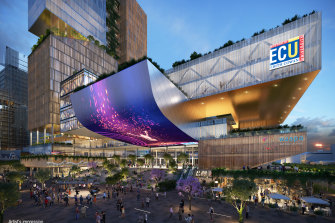 Perth's City Deal, announced on Sunday, is a whopper.

Coming in at $1.5 billion it will see unis increase their presence in the city's heart, better cycling infrastructure, better sports facilities and upgrades to ageing icons such as the Perth Concert Hall.

Below are the key projects that will be undertaken as part of the deal:

The plan was expected to inject more than 25,000 students and staff into the city as well as 4100 construction jobs and 1000 ongoing jobs.

WA Premier Mark McGowan said the deal would have flow on effects for small businesses including retail, restaurants and bars and return vibrancy to the city.

Federal Finance Minister and Senator Mathias Cormann said the city deal had been worked on for 'some time' and was 'ambitious' .

“We have negotiated an ambitious City Deal that unlocks Perth’s incredible future potential while
continuing to develop it into a vibrant, exciting and liveable capital city," he said.

The deal was welcomed by WA Property Council exectutive director Sandra Brewer who said it would give Perth a competitive edge in attracting new investment to the city post-COVID. 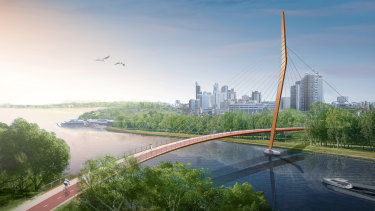 The new causeway bridge will form part of the Perth City Deal.

“While we have called for a more ambitious City Deal that covered more of metropolitan
Perth, today’s announcement unlocks a range of opportunities for new housing, office
and entertainment developments that will reignite our CBD and drive growth," she said.

“We’re pleased that a significant proportion of City Deal funding will go to fixing some
of the challenges with CBD transport, such as poor pedestrian access, incomplete bike
paths and wayfinding – all helping to create a more people-friendly city."

Andrea Pirlo: Messi is still on top. With such players, we must hope that they do not have the best day
The figures of Robert Lewandowski, which frightens not only the locomotive
Who will be the top scorer in the Champions League?
La Liga President on the departure of Ronaldo and Neymar: it is better to leave because of taxes than because of anything else
Kane and Son gave each other 29 assists in the Premier League. Only Lampard and Drogba (36) did it more often
Veron about Messi: Playing in Barca gives him discomfort
Mitryushkin on the move to Fortuna: Germany is a country of goalkeepers. I can learn a lot here
Source https://www.theage.com.au/national/western-australia/esports-stadium-and-space-robots-what-the-1-5-billion-perth-city-deal-will-mean-for-our-city-20200920-p55xds.html?ref=rss&utm_medium=rss&utm_source=rss_feed

Keeping track of this gravy train is a tough station

All Blacks hungry to take chance to lift trophy in Australia

Promises from 2017 the Palaszczuk government has failed to deliver

State of pay: Origin stars agree to give up $1.5m in match fees

Two period terraces sell in one line for $2.1m

Privatisation crusade has long been core business for tribal Libs

No crowds at the Cup, but bookies banking on big online bets

'They know the drill': women happier working from home than men

The perfect headwear for 2020, according to a royal milliner

Australians massively overestimate role of oil and gas in economy

From the Archives, 1980: "The video-disc is going to change your life!"

Cometh the hour, cometh the Dan - our lockdown hero

In the Bible Belt it's love thy neighbour, not thy politics

Slow and steady easing gets epidemiologists' stamp of approval

Renovated Australian Museum to re-open with a roar

Thanks, Victorians, for a job well done