The Australian Federal Police will be given powerful new cyber tools to break into the networks of online paedophiles and terrorists using computer servers on the "dark web".

The new permission and capability will allow the AFP to break into the computer networks of criminals operating domestically for the first time. The agency will be given $88 million to bolster its cyber capabilities under a $1.66 billion cyber security package to be unveiled on Thursday. 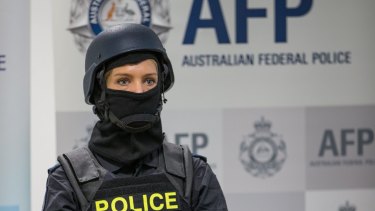 Australian Federal Police will be given powerful new tools to go after online criminals.Credit:Jason South

Releasing the nation's new four-year cyber security strategy, Prime Minister Scott Morrison will say the new powers are needed to "track criminals in the darkest corners of the internet to protect our families and children".

"Criminals are scamming money off our elderly by stealing their internet banking details. Businesses are being locked out of their systems by ransomware attacks. 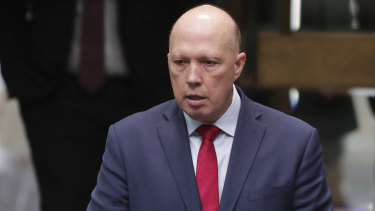 "And some foreign governments are using the internet to steal health data and have the potential to turn off banking or energy systems."

The strategy will put new obligations on the operators of critical infrastructure such as power plants, communications and ports so they can better fend off serious cyber attacks, including giving them $66 million to assess their networks for vulnerabilities.

There will also be a massive broadening of what is considered "critical infrastructure" under laws passed in 2018, allowing the Home Affairs Minister to step in and compel the operators to improve their defences against sabotage and spying - with banking, finance, health, food and grocery added to the list.

Small and medium-sized businesses will also be given more support to upgrade their cyber security systems, and the government will work with large companies and service providers to provide small businesses with better information and "secure services" such as threat blocking and antivirus training.

For a number of years the federal government has been considering the best way to give law enforcement "offensive capabilities" to go after serious criminals using the "dark web" on domestic servers. The dark web is a part of the internet which allows users to interact anonymously and therefore can more easily evade traditional law enforcement or investigation methods.

Under a previous proposal floated within government, the Australian Signals Directorate - Australia's premier foreign cyber intelligence agency - was to be enlisted by the security agencies such as the AFP to help track down serious criminals using domestic servers.

Instead, under this plan the AFP and the Australian Criminal Intelligence Commission will be given the tools and enhanced powers to go after individuals and networks engaging in serious criminal activity.

Mr Morrison said the government would protect the nation's vital infrastructure and services from cyber attacks, but it wanted to support businesses to protect themselves so they can succeed in the digital economy.

"We want to enlist all Australians in the fight to create a more cyber safe Australia – you are our secret weapon in our cyber security strategy. And we want to give you the tools to protect your family and your business," Mr Morrison said.

The $1.66 billion is substantially more than what was put into the 2016 cyber security strategy, representing the growing threat of criminal networks and state actors looking to launch large-scale cyber attacks, as well as the use of the dark web obstructing law enforcement agencies.

It's time to learn the names of new Borussia heroes. Now there are 17-year-old boys making goals
Paulo Fonseca: it's Important to bring Smalling back to Roma. We have only 3 Central defenders
Arteta about 2:1 with West ham: Arsenal made life difficult for themselves with losses, but they fought and believed in victory
Palace midfielder Townsend: Could have beaten Manchester United with a bigger difference. We had moments
Philippe Coutinho: I am motivated and I want to work hard to make everything work out well on the pitch
Torres on Chelsea: I Thought I could remain a top player, but I was unstable. Although there were enough successes
Neville on the broken penalty against Manchester United: an Absolute disgrace
Source https://www.theage.com.au/politics/federal/federal-police-given-new-powers-in-1-66-billion-cyber-security-package-20200805-p55ix4.html?ref=rss&utm_medium=rss&utm_source=rss_feed