The Bokarina Beach skyline has a new addition with the first crane erected on a $78 million luxury beachfront apartment project.

The Seanna Residences at Bokarina Beach is due to come out of the ground over the next 18 months, after sods were first turned in mid-September.

Builder Tomkins has been tasked with the 63-apartment job on behalf of developer Clark Group.

Builders appointed to breathe life back into $78m project

The project had been part of the RGD stable before RGD Group Pty Ltd and RGD Constructions Pty Ltd went into administration in May. 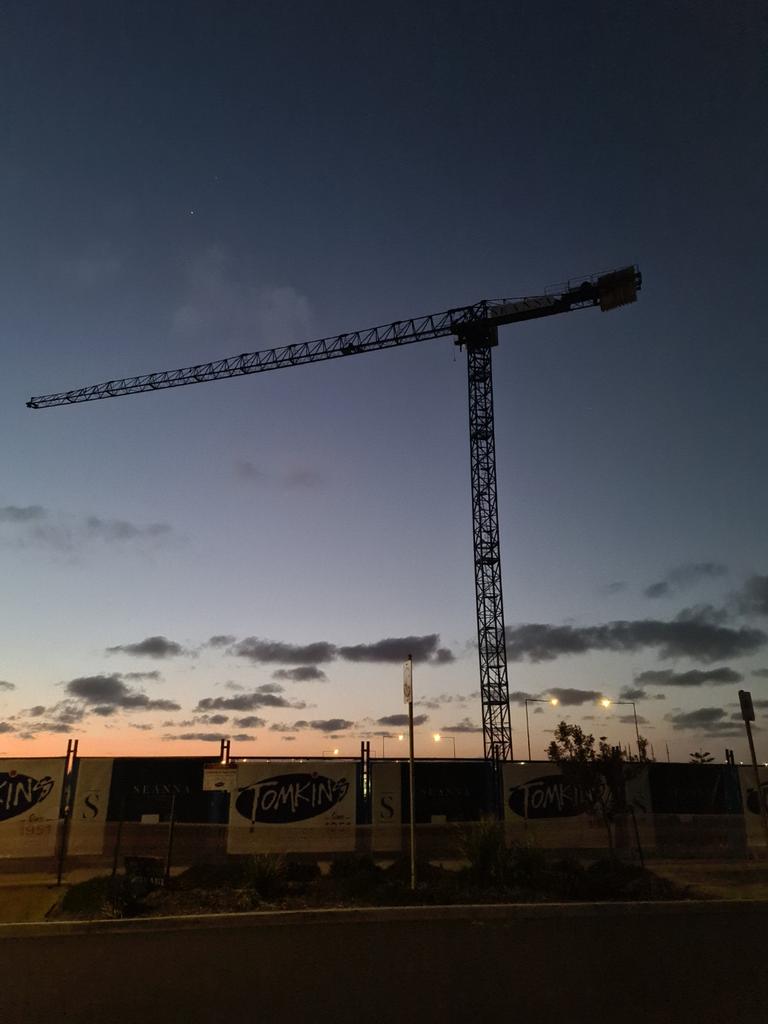 IN THE AIR: The first crane has been erected on the Seanna Residences site at Bokarina Beach.

But the project was back on track after Clark Group took on the development opportunity, as well as Southbank at Birtinya Island.

The project is expected to be completed by December next year and is anticipated to create up to 400 jobs for local contractors and suppliers.

Seanna Residences is being built beside Walter Iezzi's Oceanus project, with the two set to change the face of Bokarina Beach forever.

The two new unit developments are part of more than half a billion dollars' worth of projects under way, in design or pre-sold in Stockland's Oceanside precinct spanning Birtinya and Bokarina Beach.

Bruno Fernandes: I'm 26 years old, I can't be tired. If I was tired now, then by the age of 30-32 I would not be playing at all
Chelsea will announce Tuchel's appointment today. He will lead the team in the game against Wolves tomorrow
Tottenham's Cup rival is coached by a rock star. Invited Mourinho to play the tambourine in his group, loves The Doors and prefers Jagger Messi
Puyol presented Barca's form for the match against Real Madrid. It combines the colors of the club and the flag of Catalonia
Barca has the highest revenue in the 2019/20 season - 715.1 million euros. Real Madrid, Bayern Munich, Manchester United and Liverpool are in the top 5 (Deloitte)
Van de Beek has no intention of leaving Manchester United. Solskjaer believes in the midfielder and will give him a chance
Lampard couldn't say goodbye to the Chelsea players. The Czech briefly informed them of his resignation before training
Source https://www.sunshinecoastdaily.com.au/news/first-crane-goes-up-on-78m-luxury-development/4147968/