A food importer and wholesaler has snapped up a large office warehouse on a 7652 sq m site at 1 Kingston Park Court. The deal, struck at a price above $8 million, was negotiated by Richard Wilkinson and Jonathan Mercuri from Colliers International. “The record building rate in Melbourne’s South East suggests the market is still extremely strong,” Mr Wilkinson said.

After a four-week sale campaign, Suite 6 at 670 Canterbury Road sold to a local investor on a 5.6 per cent yield, Gorman Commercial’s Stephen Gorman and Nathan May said. “COVID-19 isn’t stopping yield seeking investors from chasing well leased investments,” Mr Gorman. The property sold at a building rate of $4,346 per sq m.

A development site close to Koornang Road retail strip and Carnegie station has sold for $2.95 million through Allard Shelton’s Michael Ryan and Joshua Colosimo. The 1105 sq m block with two titles at 29 & 31 Jersey Parade fetched a land rate of $2669 per sq m.

A 383 sq m ground floor office located directly opposite Brighton beach at 1/36 The Esplanade has sold for $2.55 million. The property was marketed by Nichols Crowder’s James Glen and Matt Nichols and attracted six offers, all from Brighton-based owner occupiers and investors. 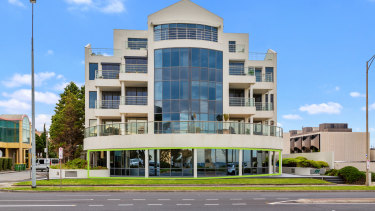 Brighton-based owner occupiers and investors were keen on 1/36 The Esplanade.Credit:

A vegan Mexican restaurant will open in Shop 1 at 457-459 Lygon Street after signing a two-year lease with a two-year option at $30,000 per annum net plus GST. Teska Carson’s Reece Israel said 127 sq m former restaurant was ideal for the tenant’s proposed use given its food and dining related fit-out. 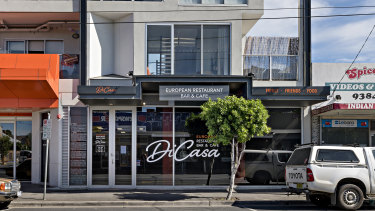 The group behind Purple Emerald in Flinders Lane and its offshoot the Purple Emerald Lounge Bar in Northcote has signed a 10-year lease for a fully fitted restaurant and bar at 113 Chapel Street. Emmetts’ Andrew Milligan said the rent was reflective of rental rates in prior to Covid-19, which ranged from $700 to $900 per sq m.

Heavens Salon will move into a shop at 422 Bourke Street in a deal negotiated by Retail Ream Partner Cam Taranto and Ben Tremellen. It’s the hairdresser's third city location as it has other salons in Brighton and South Yarra. The lease was stuck on a seven-year term at $135,000 per annum for the 120 sq m space on behalf of the Sydney-based landlord, Mr Taranto said.

Plastic fabricator Plasmac has leased a 730 sq m office warehouse with a large front yard for $62,500 per annum net on a 3+3 year lease. “Plasmac had been looking for newer larger premises and we had been showing them a number of buildings,” Crabtrees Real Estate’s Rod King and Joseph Monea said.

Jose Mourinho: I Don't know when bale will recover from injury, but he is happy to be at Tottenham
Barcelona agreed with Suarez to terminate his contract (RAC1)
Leipzig have agreed to transfer Turkish League top scorer Serlot for 20+4 million euros
Cavani is still without football: he hunts hares and wild boars at night, does ballet, reloads on fishing
A macaw parrot sat on the head of a Brazilian soccer player during a training session
Mount about Kep: We will protect it. We all make mistakes
Real Madrid offered to sign Cavani
Source https://www.theage.com.au/business/companies/food-importer-swoops-on-office-warehouse-20200804-p55ibb.html?ref=rss&utm_medium=rss&utm_source=rss_business