Leah Harris knows this article will only add to her already substantial workload.

"But I’m ready for it," says Spotify’s local creative producer of podcasting. "We want to get into the ears of Australians and hopefully push that content out to a global audience, too."

Launched in 2008, Spotify quickly became the world's most popular music streaming platform. According to research company Roy Morgan, its Australia user base has grown from an estimated 3.6 million people in 2017 to 8 million this year. 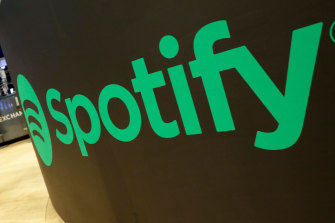 Currently, Spotify has three Australian original titles (Search Engine Sex, I Can't Stop, Gee Thanks) and three exclusive titles (Generation Betoota, Vice Extremes 2 and The Dad Kit). The company will announce two more in each category before Christmas and intends to increase its investment in local original and exclusives by 30 per cent next year, resulting in an additional 15 to 20 titles.

As Aussies, we want to hear our stories in our vernacular and our tone.

Harris's job is to develop and fund local original formats instead of acquiring exclusive rights to existing series. She is open to ideas from all Australians, including those with no industry experience.

"My number one thing is that anyone who wants to pitch an idea must know their audience," she says. "Who are they, where do they live, what might they eat for dinner? Once you know who you're talking to or who you're creating [a podcast] for, you can't go wrong." (Print readers will find a link to Spotify's submission form in the online version of this article.)

While news, sport, comedy and true crime are among Spotify's most popular podcast genres, Harris will consider all suggestions. She wants these initial titles to attract sizeable audiences; once Spotify has established a larger podcast following, she'll explore more niche proposals.

Over the past year, the number of podcast episodes on Spotify jumped from 450,000 to 1.5 million. Most are international titles but in Australia, two-thirds of the top 20 podcasts are local. 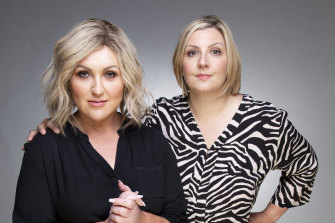 Pop culture series Shameless, the satirical Betoota Daily News Bulletin and Australian True Crime, hosted by former radio presenter Meshel Laurie and journalist Emily Webb, all appear regularly in the top 20. What they have in common, Harris believes, is a distinctly Australian feel.

"As Aussies, we want to hear our stories in our vernacular and our tone," she says.

Spotify does not disclose the proportion of Australians who use its free advertising-supported service compared to those who pay a monthly fee for its premium offering, which starts at $11.99. Last year, the company began testing a tool called Streaming Ad Insertion, allowing sponsors to target highly-specific audiences such as car restoration enthusiasts or parents with infants.

Over the past 12 months, the number of hours spent listening to podcasts on Spotify's Australian service more than doubled.

"Audio has had a resurgence over the past few years," Harris says. "You can listen while you’re walking or holding your baby at night; it gives you an intimate connection that you don’t always get with video."

Hans-Dieter flick: I Hope Alaba will sign a contract with Bayern. Our club is one of the best in the world
Diego Maradona: Messi gave Barca everything, brought them to the top. He was not treated the way he deserved
Federico Chiesa: I hope to leave my mark in Juve. We will achieve great results
The Coach Of Benfica: I don't want us to look like the current Barcelona, it has nothing
Guardiola on returning to Barca: I'm happy at Manchester City. I hope to stay here
Fabinho will not play with West ham due to injury
Ronald Koeman: Maradona was the best in his time. Now the best Messi
Source https://www.theage.com.au/culture/tv-and-radio/got-an-idea-for-a-podcast-spotify-australia-wants-to-hear-it-20200925-p55z8s.html?ref=rss&utm_medium=rss&utm_source=rss_culture