A data security breach involving online examination tool ProctorU which is used by Australian universities is under investigation.

A University of Sydney spokeswoman said it met with ProctorU on Thursday and confirmed an investigation into a confidential data breach was under way. 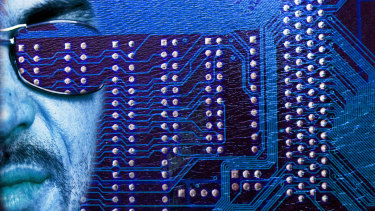 "Any breach of security and privacy of this type is of course deeply concerning and we will continue to work with ProctorU to understand the circumstances of the breach and determine whether any follow-up actions are required on our part," the spokeswoman said.

"We’ll also review our experience of online exams and proctoring this year to inform our approach to assessments in 2021.

"We met with ProctorU’s CEO and compliance officer today, who confirmed they are investigating a breach of confidential data relating to users of their service."

The spokeswoman said the university understands the data relates to people who were registered as users of ProctorU’s services on or before 2014.

"We don’t believe our current students are directly impacted by this breach as we began using ProctorU’s online proctoring services in 2020, in response to the COVID19 pandemic," the spokeswoman said.

Universities around Australia have used ProctorU to oversee online exams following the coronavirus pandemic lockdown which forced a quick transition to online learning and assessment.

University of Sydney student newspaper Honi Soit reported on the data breach and said it had also affected other universities. It said the data breach "follows heavy student criticism of the university’s use of the service, arguing ProctorU violates student privacy".

ProctorU allows exam proctors to supervise students via their computer camera while they do their exams online.

Honi Soit reported that hackers had published a database of hundreds of thousands of ProctorU user records, including records belonging to University of Sydney staff. It said the data includes names and addresses, user names and unencrypted passwords.

A spokeswoman for the University of NSW said it had been advised "that no records relating to UNSW are contained within the database and therefore our data is not affected".

James Cook University which was named in the Honi Soit article said it does not use ProctorU. The University of Queensland which uses ProctorU said its security had not been breached.

Anna Patty is a Senior Writer for The Sydney Morning Herald with a focus on higher education. She is a former Workplace Editor, Education Editor, State Political Reporter and Health Reporter.

Godin will terminate his contract with Inter and move to Cagliari (Fabrizio Romano)
Wolverhampton made red and green uniforms to make the 12 Portuguese players at the club feel good. New level of care 🔴 🟢
Jose Mourinho: I have too many players at Tottenham. I don't like it
FIFA allowed players to change the national team if they played one official match other than the world Cup
Tiago is still in Liverpool: he came for a new challenge, and Klopp won't even have to sell anyone
Tiago on moving to Liverpool: I Want to win as many trophies as possible. I will give my heart to the field
Ex-agent of Levandovsky sued the player's company and demands about 9 million euros
Source https://www.smh.com.au/national/hackers-hit-university-online-exam-tool-20200806-p55j6h.html?ref=rss&utm_medium=rss&utm_source=rss_feed

The pandemic election: Premier puts it on the line over borders

Real estate boom is the toast of the town

An old flame: PM pushes his plans for gas

Dodge career complacency and get your best foot forward

COVID-19 restrictions cause decline in deaths in NSW

The most dangerous form of domestic abuse is not a crime in NSW, but momentum is building for change

The good times with China are over. Get used to it

Renters turning to buyers as cost of debt falls

Your Daily Horoscope for Saturday, September 19

Union boss and environmentalist bury the hatchet in the Hunter

Streets, laneways and parking spots: City's plan to turn venues inside out

Creativity the icing on the grammar cake

Another blow to the arts and theatre community

How an airconditioning duct crystallised as an award-winning sculpture

Laneways set to light city's path to reopening and recovery

I never thought I'd miss my commute, but I do

Since when did old people's lives become worth less?

The art of flattery: How a property developer courted a council

Evacuations Ordered as Bobcat Fire Grows to More Than 55,000 Acres

Misery for Giants as Saints march into finals

Teams Assess Damage as Riverside Fire Grows to Over 137,000 Acres

Trump to block TikTok, WeChat downloads in US, officials say

As it happened: Saints make finals for the first time since 2011

From B student to billionaire: the man who built Netflix

'If you'd rather not meet, just forget it': how fate brought two namesakes together

How can I preserve an opened bottle of wine?

Fiona Stanley: 'The argument that we can either have health or the economy makes me angry'

How much does it cost to apply for an Aussie partner visa? It shocked me

When to let it go: a former dictionary editor's last word on pedantry

'The Offing' reads like an allegory for our times

How to get a junk food thief to eat their words

Merrick Fry brings a force of concentration to each work

Collective will is vital for Victoria's revival

Australia cannot wait for climate decision to save Reef: foundation