Paul Hogan, or at least his alter ego Mick Dundee, probably hasn't thought too much about the great Australian swimwear label Seafolly plunging into administration, reportedly another victim of the global COVID-19 pandemic. 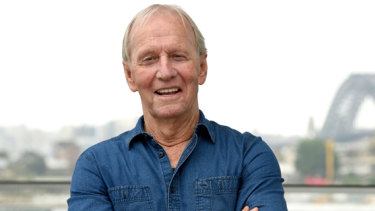 But Dundee might want to take note. Both he and Seafolly are two of Australia's most successful cultural exports, and right now it seems the world's fascination with the Land Down Under may be waning.

Of course timing is not on their side either, just as those fabulous Tourism Australia commercials featuring Kylie Minogue, which were meant to cheer up the British and convince them to jump on a flight over, became null and void as the bushfires, and then the pandemic, swept us all up. 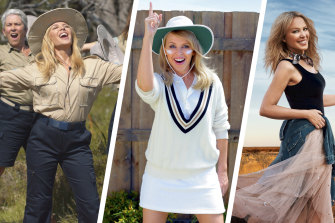 Collette Dinnigan, Speedo, Zimmermann, Bonds, RM Williams, Uggs, Blundstone boots, Drizabone, Billabong, Quiksilver and Rip Curl have all enjoyed global success in years past, largely because of their heavily marketed Australian heritage (and some still do). In more recent times it was Seafolly which truly flew the Australian flag on the fashion world stage, selling hundreds of millions of dollars worth of bikinis each year. 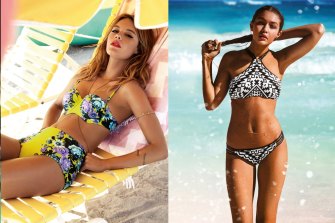 Seafolly took Australian swimwear to the world, with the likes of supermodel Gigi Hadid, right, among its many ambassadors.

Which is why news last week that administrators from KordaMentha had been appointed and begun the process of selling the business came as such a shock.

Seafolly was founded in 1975 in Bondi Beach by Jewish immigrant Peter Halas, who escaped the Holocaust and war-torn Hungary to eventually make it to Sydney where he met his wife Yvonne. 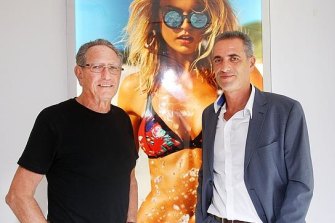 Halas forged a career in Sydney's cut-throat rag trade, working as a manufacturer’s sales agent, selling sportswear and swimwear on commission to hundreds of small customers. Then came the free-spirited 1970s, the sexual revolution and the advent of a new Australian beach culture.

After eight years, an exhausted Halas wanted out of the rag trade, and sold out of Waterlilly.

But it wasn't long before he got right back into the swimwear business, using his $18,000 payout to found Peter’s Folly in 1975, which later became Seafolly.

Business became so good that in 2014, private equity firm L Catterton Asia - part of the giant LVMH luxury group - bought a controlling stake in Seafolly from the Halas family for a whopping $70 million.

Over the years Miranda Kerr, Jess Hart, Shanina Shaik, Kristy Hinze and Gigi Hadid have all modelled the swimwear, which has been sold around the world and worn on countless beaches.

Yet now a question mark hangs over the future of this great Australian export.

Ironically, on the same day Seafolly went into administration a press release lobbed into my inbox announcing Paul Hogan's new film The Very Excellent Mr. Dundee would be premiering directly on the Amazon Prime streaming service on Friday July 17.

Even Hoges has fallen victim to the pandemic. The film had originally been slated for cinema release in April but that was canned after the coronavirus outbreak forced the unprecedented closure of movie theatres.

To be fair I have not seen the film but judging by the promo, it sounds torturous.

Hogan is playing a fictionalised version of himself, enjoying a quiet life and all the perks of retirement in Brentwood, California, but he can’t seem to stay out of the headlines.

When his granddaughter Lucy (Charlotte Stent) finds out he’s been offered a knighthood for services to comedy and tells all her friends, Hogan reluctantly accepts the offer and has six weeks to stay out of trouble before the ceremony.

When Hogan appeared in the original Crocodile Dundee film, the global fascination with all things Australian was at an all-time high.

That was in 1986. Olivia Newton John - who stars in his new flick - was not only a global superstar, but she also had a chain of Aussie themed lifestyle stores across the globe called Koala Blue doing a roaring trade in Australiana kitsch.

But a lot has changed since the eighties, and while Hoges will probably never get into the bikini business, it's probably a good thing he won't have to sweat on box office sales either, given the predicament Seafolly and so many other Aussie icons have found themselves in lately.

Could we be witnessing the demise of Australiana as we know it? This may not be such a bad thing.

Marotta on the match with Bayer: I am very optimistic. Inter wants to win the Europa League
Manchester United are unhappy with the way Borussia was leading the negotiations for Sancho. The Germans did not want to communicate directly
Liverpool have announced the purchase of defender Tsimikas from Olympiakos
Bordeaux appointed ex-assistant Blanc Gasse as head coach
Sterling on the win over Real Madrid: Manchester City were incredibly hungry. We have the strength to succeed in the Champions League
Galliani about Pirlo in Juve: Andrea was laughing like a madman when I called to congratulate him
Villarreal will pay no more than 20 million euros for Valencia captain Parejo and midfielder Coquelin
Source https://www.smh.com.au/culture/celebrity/has-australia-finally-fallen-out-of-fashion-20200701-p5585n.html?ref=rss&utm_medium=rss&utm_source=rss_culture