Greater Western Sydney have decided not to offer veteran Heath Shaw a new contract, raising the strong prospect that the defender has played his final AFL game.

Giants general manager of football Jason McCartney praised the 325-gamer for his longevity. 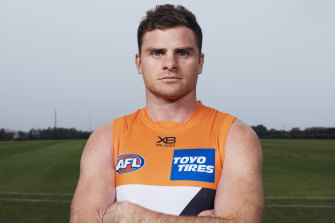 "Heath is an unbelievable competitor and has done a remarkable job to get himself up to play consistently over such a long period of time," McCartney said in a statement.

Shaw played 173 matches for the club where his surname is etched into the history books, Collingwood, before switching to the New South Wales newcomers.

After winning a premiership at Collingwood, Shaw played 152 games at his second home which included All-Australian honours in 2015 and 2016 and the Kevin Sheedy Medal for best and fairest in 2015.

The 34-year-old thanked the Giants for – in his description – giving him the opportunity to rejuvenate and refresh a somewhat flamboyant character back in 2013.

"If you'd told me 10 years ago that I'd be a life member, a club champion and two-time All Australian and have played off in a grand final at a club that didn't exist a decade ago, I would have taken a leaf out of Darryl Kerrigan's book and said, 'Tell 'em they're dreaming,'" said Shaw.

"I don't think an interview has gone past where I haven't said how thankful I am to this club for a second chance, or told everyone how really special and unique this club is.

"I'm a competitive beast so I held on to the thought of another year with the Giants to try get us back to where we should be, but sometimes the decision is taken out of your hands which makes it easy."

The Messi Foundation won a lawsuit against the ABC newspaper. They wrote about the organization's tax fraud
Mbappe announced the death of 8-year-old Luca, who was battling cancer. The striker dedicated a goal to him on Saturday
Lippi finished his career as a coach. He won the 2006 world Cup with the Italian national team
Acts Kolisevski: Pirlo's perfect, because that gives us confidence. He is not afraid to produce young players
Laudrup on Hazard's injuries: it's sad to see months go by for such an outstanding player
The journalist apologized for statements to Fati: I wanted to extol the beauty of his movements
Khabib on meeting with Ronaldo: I was wondering how he keeps this fire going for 17 years. Motivation, discipline, as I understand it
Source https://www.smh.com.au/sport/afl/heath-shaw-misses-out-on-new-gws-contract-20200929-p560e2.html?ref=rss&utm_medium=rss&utm_source=rss_feed