The nationwide YHA Australia chain of hostels has been accused of systematically underpaying backpackers by classifying them as volunteers but requiring them to do regular work. 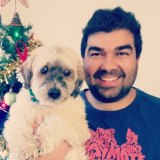 One man classified as a volunteer, Afshun Zareey, said he worked as a desk attendant and activities co-ordinator doing tasks including cleaning on late night shifts at three YHA properties in NSW and Queensland.

While Mr Zareey's claim has settled on confidential terms, his lawyer Rory Markham of Adero Law is preparing a class action against the hostel company which he estimates could cover up to 4000 backpackers and recoup $15 million in lost wages.

Mr Markham, the managing principal at Adero, said the YHA offered beds to backpackers who worked for its hostels but not for long enough to fairly compensate for the work done.

The not-for-profit hostel group rejected the accusations, saying volunteers help out at its properties to gain skills and facilitate a cultural exchange, and are not employees.

"This form of 'voluntourism' enables young people to have a holiday in Australia, seeing more of the country and facilitating cultural exchange."

In Mr Zareey's statement of claim, which was filed before his case settled and has been seen by the Herald and The Age, he claimed $23,399.58 in pay and entitlements for work at YHA hostels in Sydney, the Blue Mountains and Brisbane.

Across the months that Mr Zareey worked and stayed at the YHA hostels between October 2018 and October 2019, Adero calculated his accommodation was only worth $3891.58 based on the hostels' enterprise agreement.

They felt like they were powerless ... I think that was a really common theme that was among most backpackers.

Its 2015 agreement allows the hostels to deduct about $180 per week for a bed from workers' wages.

That arrangement allegedly left Mr Zareeey underpaid more than $19,000. He said most backpackers agreed to work only for accommodation because they had few alternatives.

"They felt like they were powerless," said Mr Zareey. "I think that was a really common theme that was among most backpackers."

The YHA disputed that Mr Zareey was an employee in its initial response to his claim, also seen by this masthead. It said he had acknowledged he was a volunteer.

Mr Markham disputed that, arguing the nature of the work and the notion it was done on the promise of a bed in return meant the backpackers were employees.

Unlike most backpackers, who are in Australia on short-term visas and often speak English as a second language, Mr Zareey has residency here and grew up in America. He said that made him better able to pursue his case, which he began considering after an alleged altercation at a YHA that he would not discuss due to the settlement.

The YHA, which is a not-for-profit, has more than 50 hostels across every state and territory around the country but has been battered by the coronavirus, with several closed due to the tourism downturn.

Adero has not formally filed its class action but is taking registrations on its website for members of the potential action.

The firm has come under fire from critics for running class actions, and taking a cut of winnings for its fees when the Fair Work Ombudsman, which is the wages regulator, is meant to help workers get proper pay without charging.

A Fair Work Ombudsman spokesman did not address specific questions about the YHA dispute or Mr Markham's criticisms, instead encouraging workers to contact it directly.

Pirlo about 1:1 with Verona: Juve do not need a slap in the face to Wake up and play intensely
Everton and Liverpool in the top 2 at the end of the round in the Premier League for the first time in 27 years
Arteta about 0:1 with Leicester: I Don't know why the hell our goal was canceled. It is difficult to create space when 10 people are sitting behind the ball line
Rodgers on 1-0 with Arsenal: Leicester deserved to win. Vardy is a world-class player
Juve without Ronaldo could not beat Verona and Crotone in Serie A
Vardy has scored 11 goals in 12 games against Arsenal in the Premier League. Only Rooney has more
15,000 Teddy bears were planted at the Heerenveen match as part of a campaign to fight cancer. Toys sold for 230 thousand euros
Source https://www.theage.com.au/national/hostel-chain-accused-of-15m-underpayment-to-volunteers-20200918-p55wyl.html?ref=rss&utm_medium=rss&utm_source=rss_national