How other rookie-filled State of Origin teams have performed

After their biggest defeat in Origin history capped off their 3-0 series loss the year before, Wayne Bennett returned as coach and brought a record 10 rookies with him.

With the likes of John Doyle and Carl Webb bolting into the team, the Maroons shocked NSW 34-16 in the series opener at Suncorp Stadium. Queensland lost Game II but won the series when Allan Langer returned from the English Super League to star in the decider.

Destroyed by the Super League war, Queensland were forced to pick nine rookies and were expected to be easy pickings for NSW. 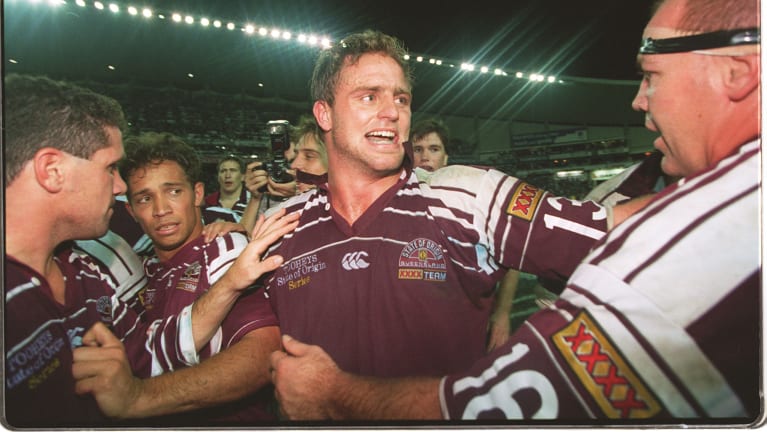 Upset: Billy Moore celebrates with his Queensland side after game I in 1995.

But the Maroons' spirit shone through under rookie coach Paul Vautin, holding the Blues scoreless as a solitary penalty goal got them home 2-0 in the lowest- scoring Origin match. An almost unchanged team backed it up to win the series 3-0.

Queensland came from behind the previous year to claim the series, prompting the Blues to pick nine debutants. While a number had played in the Super League Origin series, NSW were still an inexperienced side for Game I. 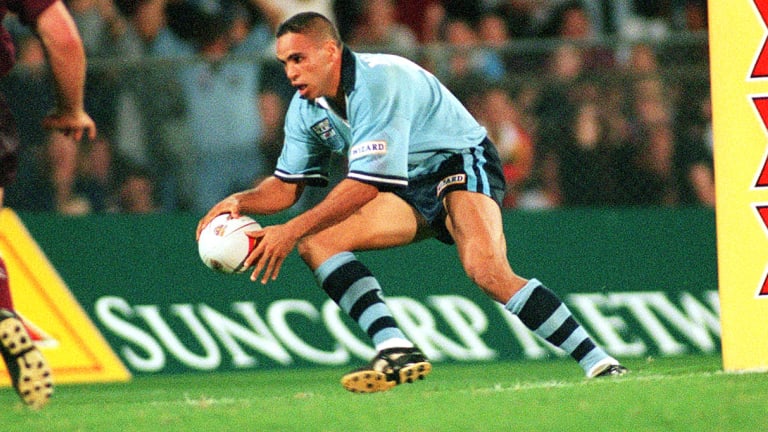 Anthony Mundine scores a try in his first Origin in 1999.

Anthony Mundine scored the Blues' only try but four Mat Rogers penalty shots and a field goal helped Queensland to victory. Two more debutants came in for Game II, which the Blues won, before the Maroons drew the decider to keep the Shield.

The departures of Peter Sterling, Brett Kenny and Wayne Pearce in short succession prompted a changing of the guard for NSW, as new coach Jack Gibson made 13 changes and picked eight rookies. 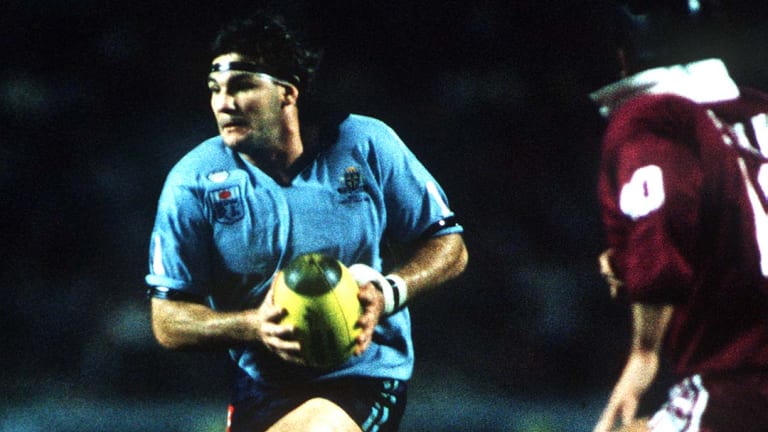 Gavin Miller was recalled as captain after a five-year hiatus as a player, but it didn't end well for NSW as they were thumped 36-6. Seven more debuted across the series, but NSW were whitewashed 3-0 for a second successive year.

Embarrassed by Allan Langer's return in the 2001 decider, new coach Phil Gould trotted out eight debutants in 2002 and was rewarded with a 32-4 flogging of Queensland. 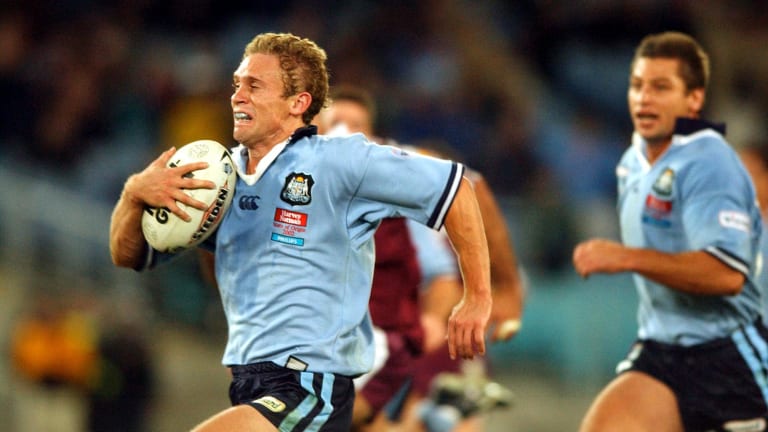 Rookie Brett Hodgson was most impressive, running a remarkable 374 metres and scoring a try, while Jamie Lyon and Timana Tahu also crossed. Queensland ended up drawing the series 1-1, but the Blues had found a side to win the next three series.

Goalie of the banner of Labor, who was hit by lightning: everything is good at the moment. Back soon
Ole Gunnar Solskjaer: I Think it was a penalty against Aston Villa
Philadelphia played in t-shirts with the names of black people who died at the hands of the police
Kompany tries everything at Anderlecht: he coached without a license (terrible), played 15 matches and invested 3 million euros in the club
Aston Villa coach on Manchester United penalty: A shameful decision
Paul Pogba: Winning the Europa League and the FA Cup are two of Manchester United's goals for this season
Manchester United's first ever Premier League win 4 consecutive games with a difference at least 3 goals
Source https://www.theage.com.au/sport/nrl/how-other-rookie-filled-state-of-origin-teams-have-performed-20180604-p4zjfc.html?utm_medium=rss&utm_source=rss_feed

'I want to keep coaching here': Why Pay believes he's the man for Dogs job

Walters on radar of Bulldogs and Broncos before crucial clash

Are the inmates running the Asylum? Broncos reveal switch to player power

Bumper dingo breeding season despite - or because of - bushfire smoke

Why the AFL grand final should be in NSW

The godfathers of coaching and how they shaped the modern game

High horses: the fight to save Australia's alpine brumbies

'We can beat this together': Readers respond to coronavirus lockdown, take two

One in three Melbourne CBD apartments sold at a loss in March quarter: CoreLogic

‘WE GOT SO CLOSE’: What Australia has to do to eliminate the coronavirus

The tragedy of Mary and William, and a federation in chaos again

More than dumb luck: how For Dummies became an empire by showing people what to do

Dumb luck? No way. The billion-dollar smarts of the 'For Dummies' empire

The Crown backpedals as Netflix announces a sixth season

WARNING TO WOOLIES SHOPPERS: Customers at risk after virus case

‘Scarring in the economy’: Job losses continue to batter the US