Is Shore School to blame for fostering a culture of toxic masculinity among its graduates, such that one must spend the next 20 years “unpacking and rejecting” the school’s “outdated, offensive attitudes”? That may have been Rob Sturrock’s experience, but even as a rough contemporary of Rob’s, mine was quite different.

Like any institution of its size, Shore has both strengths and flaws. And one of its strengths is the world view inculcated in those with ears to hear it. 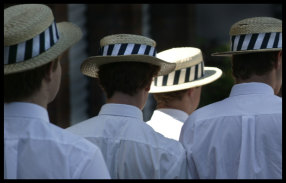 Shore said the list was not indicative of the values it taught at the school.Credit:Jim Rice

Shore does not hide its identity as a Christian school, seeking to form men of character. The Christian gospel lies at the heart of this: that Christ took upon himself sinful humanity’s due punishment, enabling forgiveness to all who turn to Him in faith. This is the birthplace of Christ-like virtues of selfless, sacrificial service; of taking responsibility and doing good; of humility and generosity.

This is the gospel I learned at Shore, in weekly chapel services, assemblies and Christian studies classes. I arrived at the school as an average, agnostic 12-year-old Aussie – probably, yes, with an above-average sense of entitlement. But by the time I left this message of God’s loving sacrifice on my behalf had gripped me, and was beginning to radically change me. I was converted to Christianity in my final year. I’m now a minister in a Sydney Anglican church.

But the “problem” with this gospel, and of teaching it in a place like Shore, is that it just as often has the potential to harden a person. After six years of chapel and Christian studies classes, a Shore boy can become very skilled at saying “no” to it. Worse, he can become expert in flicking the switch: polite and humble when it suits, boorish and lewd in the company of mates. 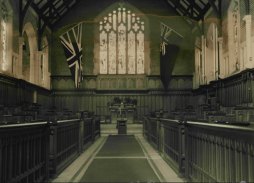 That, I think, may be part of what lies behind the muck-up day checklist. If you’ve been exposed for six years straight to Christian teaching, one obvious way to “muck up” is to swing to the other moral extreme. (Or at least propose it, with attention-seeking irony – who knows if the boys involved were intending on carrying through.)

All of which is not to say that there is a simple cause-and-effect between the rejection of the gospel, and abhorrent muck-up day plans – as if Christians are the only people capable of being moral. But it does help make sense of the incongruity we feel between the promotional slogans extolling the school’s Christian foundations and last week’s events.

It’s also true that many factors contribute to a person’s moral formation. We’re being disingenuous if we expect the school to do it all (indeed that’s probably part of the problem). In my case, my parents were involved and available during my childhood; their admiration for one another set the household tone. Growing up with a sister helped me learn how to honour women. I had a world outside the private school bubble through my involvement in the local rugby league club.

In many ways, there is a cultural tug-of-war within the school. Certainly, an element of macho culture exists, where bravado is prized, and a regatta win or a rugby premiership is the highest ideal. But that is only one subculture, largely arising from the boys, not the staff; one that the school, at least in my time, did what it could to moderate. The staff offered another version of masculinity: gospel-centred, academically curious, civic-minded and playfully good-humoured. A favourite refrain of the then-headmaster, Bob Grant, still echoes in my mind: “From those to whom much has been given, much will be expected” (Jesus’ words).

As the school investigates the causes of the muck-up day plans, there will doubtless be calls to jettison its Christian foundations. I believe this would be misguided. Ultimately, the gospel is the only force humanity knows which is able to replace entitled, selfish, hearts with those that are gentle, humble and generous.

Pirlo on Ronaldo's optimal position: Start from the left inside and move to the center. He can play alongside Morata or Dybala
Mikhail Butovsky is probably the best doctor in our sport. A serious conversation about rudeness to doctors, salaries and leaving CSKA and Spartak
Naumov about the defeats of Zenit, Loko and Krasnodar in the RPL after the Champions League: Lack of professionalism in the players and the ability of the coaches
Ronaldo violated the coronavirus Protocol. An investigation is underway. Italian sports Minister on the departure of the player from Turin
Sports Director of Khimki about 2:0 with Rostov: We proved that we are a team and can win on the road
Jaka defeated Arsenal and Leicester did not create anything except the goal. We will try to take points from Manchester United
Pirlo about 1:1 with Verona: Juve do not need a slap in the face to Wake up and play intensely
Source https://www.theage.com.au/national/how-shore-s-christian-values-helped-humble-and-shape-me-as-a-man-20200929-p5607w.html?ref=rss&utm_medium=rss&utm_source=rss_national