Greens Senator Nick McKim has defended his actions after being deported by Papua New Guinea for trying to access the Manus Island detention centre, saying the incident highlighted the "veil of secrecy" that hung over Australia's offshore processing system.

Senator McKim, who was deported on Friday, rejected the PNG government's claim he had failed to seek official permission to visit the centre. 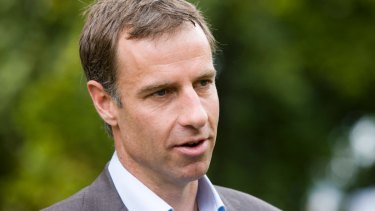 "And people like me, and journalists who want to expose the truth, are simply prevented from doing so. And that is what enables the terrible human rights abuses that we've seen over the last six years."

Senator McKim said he had previously been granted a six-month, multiple-entry visa for PNG, and had emailed immigration officials to request permission to visit the Manus Island detention centre, but received no response.

"I walked up on the public road to the gate of the centre and politely asked to go in," he said.

"They said I demanded to be let in. I did not ... I have acted in the same way that I have acted on all of my other trips to Manus Island. I always treat officials with respect."

Senator McKim said his passport was confiscated after he tried to enter the East Lorengau facility and he was later issued a deportation notice.

"I've done nothing wrong here," he told the ABC from Brisbane.

“It is regrettable that he appears to have attempted to circumvent the processes that are known to him and in doing so, placed undue pressure on a junior ICA [Immigration and Citizenship Authority] officer who was simply performing their duties,” Mr Kantha said. 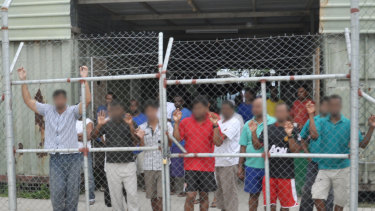 “Mr McKim has demonstrated a flagrant disregard for PNG and contempt for the organisations he claims to represent.”

Thousands of activists rallied in Sydney, Melbourne and Adelaide on Saturday in protest against offshore processing, marking the sixth year since the Rudd Labor government reintroduced offshore detention for asylum seekers who arrived by boat.

Refugee Shaminda Kanapathi, who has been on Manus Island since 2013, was to address supporters via video link on Saturday.

"All of the men who remain detained on Manus are highly depressed and stressed now. We have become very vulnerable and completely powerless," the 28-year-old told AAP on Friday. 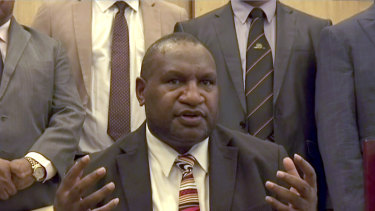 James Marape was due to kick off a six-day visit to Australia on the weekend.Credit:Australian Broadcasting Corporation

"We have no control over what happens to us, even the most intimate decisions are made for us.

"Our lives have stopped. And every minute passes, and we have lost six years already."

There will be 27 rallies held across capital cities and regional towns.

The prime minister of Papua New Guinea is demanding a deadline for ending the offshore processing of asylum seekers on Manus Island.

James Marape will urge the Morrison government to fix a timeline when he arrives in Australia for an official six-day visit this weekend.

"We would like it to be ended as soon as possible," he told ABC radio.

About 450 asylum seekers remain in PNG and another 350 are being held on Nauru.

Klopp on players who have played less than 5 matches: They will receive a gold medal. If you are not from the Premier League, something from me
Messi may move to Manchester City (Fox Sports)
Salihamidžić on the transfer San to Bavaria: It can make the difference in the game. Now we have top-level variability on our flanks
Cavani is close to a contract with Roma
Balotelli can move to Boca juniors
Rummenigge on Havertz: Bayern will not pull his transfer this year
Bayer sports Director Feller on Havertz: We agreed that if possible, he could leave this summer
Source https://www.theage.com.au/politics/federal/i-did-nothing-wrong-deported-senator-nick-mckim-defends-manus-efforts-20190720-p5291e.html?ref=rss&utm_medium=rss&utm_source=rss_feed

Week in Politics: States locked in border battle while Australia faces battle for our borders

National Guard and Protesters Face Off During Demonstration at Mount Rushmore

Better than Semi, but will the Eels be able to hang on to Sivo?

Powerhouse decision an investment in 'museums not just motorways'

How suburb lockdowns are decided

'Brutal': Caravan clamour off the charts as young people rush for the road

Anger lingers over deadly summer of bushfires in Eden-Monaro

Tune in, lock down: Clarkson says Hawks prepared for life in the hub

From hope to hotspots: How coronavirus cases are surging in the suburbs

After decades of protests, Washinton and the NFL will consider changing the Redskins name

'Crisis is settling in': New PM part of Macron move to reboot France

Why today’s by-election is so important

'Everyone is getting stuck on the motorway': More traffic delays at Queensland border

Retail figures soars to record-high in May

The story behind the Ghislaine Maxwell throne photo in Buckingham Palace

Hamilton makes a statement as Formula One gets back on track

Spam email campaign a ‘blight on our democracy’: Kristy McBain

Mile-Long Line of Cars Wait for Coronavirus Testing in Houston

Andrew 'was visitor to Epstein home before girl was raped': lawsuit

COVID-19 TRAIN SCARE: Passenger on board with 59 others is rushed away

‘Racist’ team name ‘on the way out’

Householders craving more space in the wake of COVID-19

The secret hidden beneath this VW SUV

People Gather at Brooklyn’s Brighton Beach Ahead of Holiday Weekend

After months in lockdown, have we forgotten how to party?

The power of one: Putin settles in for an extended stay

American Flag Unfurled From Gatlinburg SkyBridge Ahead of Independence Day