Fitzroy's median house price is $1.5 million. Someone tell 1986. Back then, Melbourne's original blue collar suburb was stuffed with more pubs per capita than anywhere in Australia, and was considered a slum to all but the students, artists and musicians flourishing in its cracks.

Not now. Yarra council seeks benefactors to sponsor artists to stay in the hood. Brunswick Street rents eat businesses for breakfast. Times have changed, but not Marios, rock solid home to artists and lasagne lovers for 32 years. 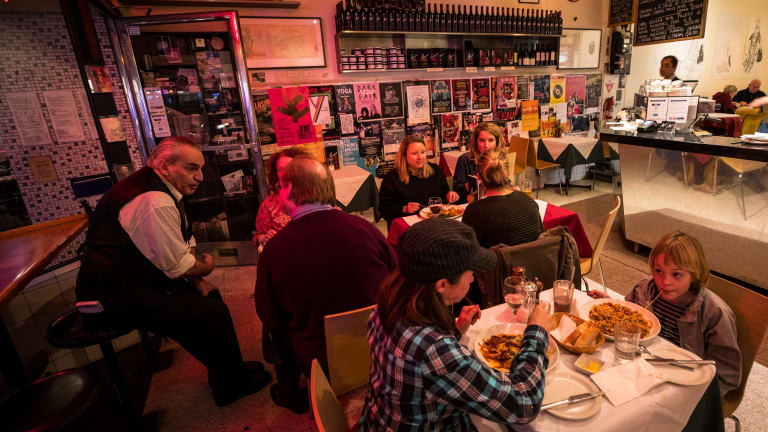 Marios has kept its traditions alive since 1986.

Long before Maccas started slinging their pancakes late enough to capture the laziest demographic, Marios was answering the call of Fitzroy's bohemian night owls with Melbourne's original all-day breakfast. Eggs after noon mightn't seem revolutionary now, but it set the tone of Marios, a place whose reputation is owed less to what it serves than how it is used.

The food is Italian, but Marios doesn't sit with the Tiamos and Pellegrinis, the first-wave Italians that soothed the homesick and taught the rest of us to drink espresso. 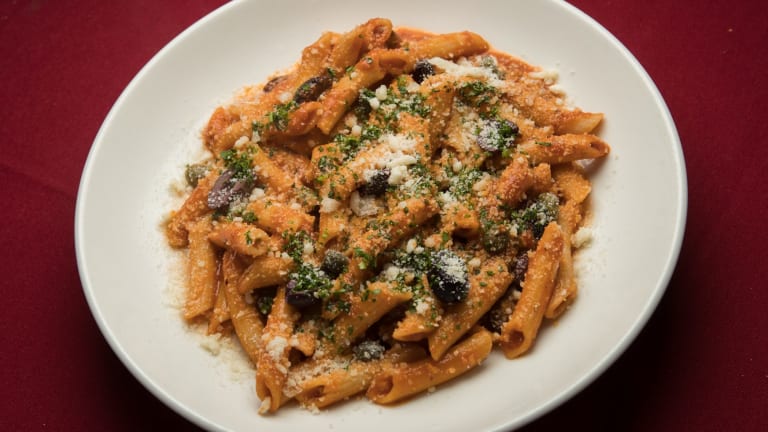 It was founded by Mario Maccarone and Mario De Pasquale, two fine-dining expats seeking something else – a spot to run a little catering op, and maybe do cafe service on the side. Maccarone at the time was managing the band Bachelors from Prague. The Comedy Festival digs and RRR were doors away. The Fringe Festival's parade once commandeered the streets. The scene was set for success, and it came. Here was somewhere to sit solo, get a good coffee, breakfast at the brunching hour of night owls or have an affordable plate of pasta after 10pm.

A payphone at the back had talent agents queuing to seal deals likely started at the linen-clad tables. A black and white TV played silently, giving the room a hum. The walls were plastered with local artists' work, displayed for free. The first exhibition was in '88 and it has rotated every three Mondays since.

Industry respect solidified when the Marios built the late great Continental on Greville Street, a live music venue where punters could dine well and musos were given proper dinner and not just their rider beers. Before the internet, Marios was ArtsHub in the flesh.

In 2018, red light still stains the solo window diners – and there are many. The notebooks are laptops now. Plebs and Kylie Minogues alike are served by the same waistcoated waiters who were dishing up the puttanesca 30 years ago. 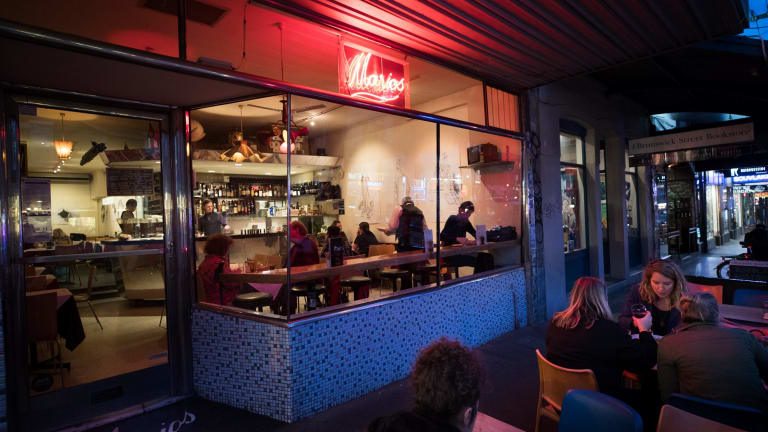 The red guiding glow of Marios.

The menu staples are the same. Lasagne of rib-sticking intent. Puttanesca pinging with garlic, anchovies and tomatoes. Breakfast offers a fancy signature of crushed peas and feta, but most people are happy to build their own. Coffee is ground to order. The jams are De Pasquale's.

It isn't Tipo. This isn't food for Instagram but for sinking into like an armchair. The sizing is not incomparable. There's garlic bread to start, luminous, squishy, wicker-basket-bound. Crisp green salad is heftily crowned with plump avocado cheeks. The dense flourless chocolate cake a la mode was devised 30 years ago and there's been no good reason to change it since. I don't love one evening's greyish coq au vin. I also don't really mind. 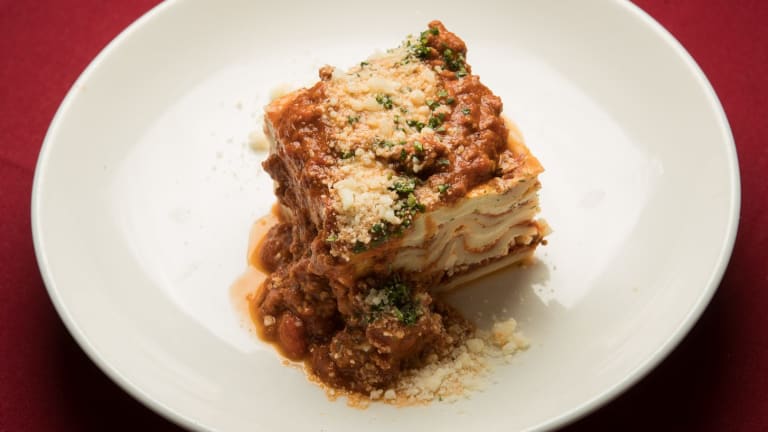 Lasagne of rib-sticking intent at Marios.

Marios doesn't need us to call it an icon. This is a place where it's easier to eliminate which Aussie celebs haven't filled a seat.

But we can join the cheers to a vision so carefully honed it took 26 years to allow soy milk. Both bloodyminded and all-embracing, long may it keep the spirit of Fitzroy alive. 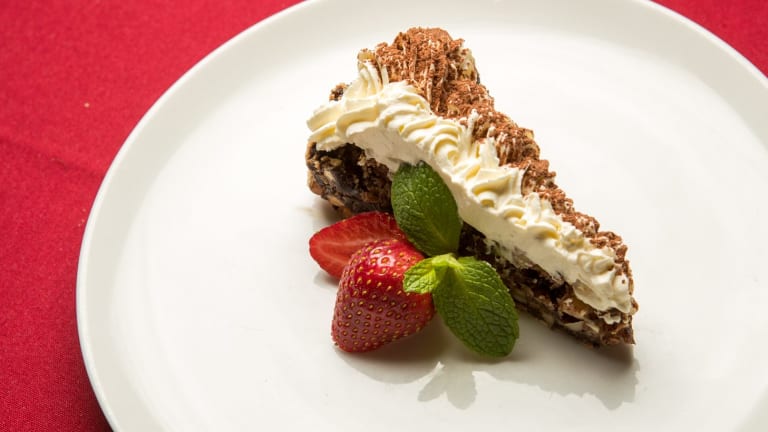 Chocolate cake a la mode, a stayer for 30 years. 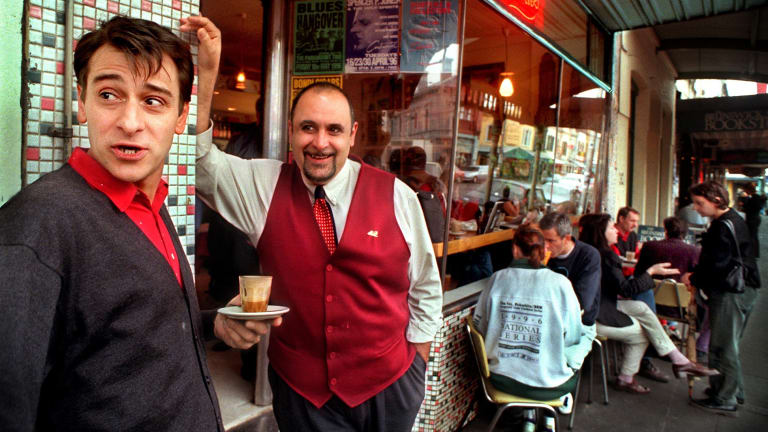 Mario Maccarone (left) and Mario De Pasquale at Marios in 1996.

Dani Alves on Ramos' foul: Real Madrid have taught us to do more than we are used to
Barcelona played the best match at Setien. Even Griezmann scored: a perfect parachute after a heel pass from Messi
Arsenal have nothing to celebrate, they have to take every opportunity. Mourinho responded to the gunners' joke about Tottenham
Kike Of Setian: I understand less and less VAR
MATIC has extended his contract with Manchester United until 2023
With the death of Morricone, part of the world's cinema goes. De Laurentiis on the composer
Josep Bartomeu: Setien is doing a great job. We have full confidence in him
Source https://www.canberratimes.com.au/lifestyle/icon-review-marios-20180913-h15bh3.html?ref=rss&utm_medium=rss&utm_source=rss_feed