The chief executive of one of Sydney's biggest councils has told staff he is intending to resign amid widespread talk of a fraught relationship between him and the mayor.

Inner West Council CEO Michael Deegan, a former Labor staffer and one-time head of Infrastructure Australia, emailed the council's 1600 employees on Monday to say he was seeking union advice about negotiating to end his contract. 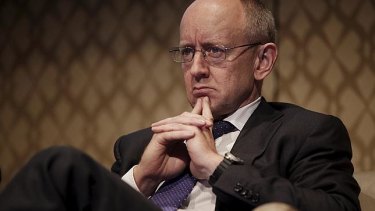 It comes as Liberal MLC Scott Farlow launched a scathing attack, in the NSW upper house, on Mr Deegan as being hand-picked by Federal Labor Leader Anthony Albanese and Labor mayor Darcy Byrne, with whom he now shares an icy relationship.

Neither Cr Byrne nor Mr Deegan would comment when contacted by the Herald on Thursday, but multiple local government sources say the pair haven't spoken in months.

The United Services Union, with whom Mr Deegan said he was seeking advice, also declined to comment when contacted, as did a council spokesperson. 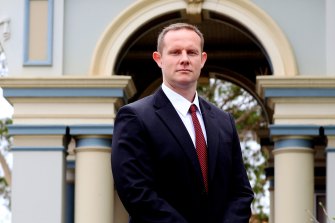 Darcy Byrne, mayor of Inner West Council, has been referred to a tribunal over misconduct allegations.Credit:Edwina Pickles

But, in a blistering attack under parliamentary privilege on Tuesday, Mr Farlow accused Mr Deegan of "trying to negotiate himself a fat golden handshake to walk away from the council, just as the relationship between him and the mayor goes sour."

There has also been mounting tension at the council over Mr Deegan having not undergone a performance review since his appointment in February 2019.

Cr Byrne revealed to a parliamentary inquiry into council grants that the Office of Local Government had recently referred him to the NSW Civil and Administrative Tribunal over code of conduct allegations that he breached conflict of interest provisions. Through his lawyers, he has denied the allegations.

The allegations relate to Cr Byrne proposing a notice of motion in March 2019 that councillors who made potentially defamatory statements about others, including him, apologise.

Cr Byrne used his opening statement as a witness before the inquiry to accuse Office of Local Government head Tim Hurst of attempting to intimidate him against giving evidence regarding government grants by referring the allegations to the tribunal. 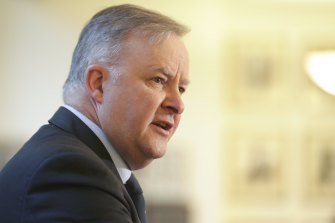 Mr Hurst declined to comment on the allegations regarding the inquiry as the matter was before the tribunal.

In parliament, Mr Farlow accused Cr Byrne of calling for the abolition of the Office of Local Government because he was facing six allegations of misconduct.

"Seemingly Mayor Byrne thinks that if you defund the council police they cannot come after you," he said.

"The CEO of the Inner West Council, Michael Deegan, was hand-picked by Mayor Darcy Byrne and his former boss, the Federal MP Anthony Albanese," he said, adding Mr Deegan had been selected by his "close friend" Mr Albanese - then Federal Minister for Infrastructure - to run Infrastructure Australia.

Mr Albanese's office declined to comment on Mr Farlow's speech when contacted by the Herald.

Mr Deegan was subject to a finding of misconduct in public administration last year by the South Australian ombudsman.

Its report found Mr Deegan, who had worked as the chief executive of SA's Department of Planning, Transport and Infrastructure, had not made efforts to disclose his conflict of interest when he signed off on a freedom of information request into his own credit card spending.

Hans-Dieter flick: I Hope Alaba will sign a contract with Bayern. Our club is one of the best in the world
Diego Maradona: Messi gave Barca everything, brought them to the top. He was not treated the way he deserved
Federico Chiesa: I hope to leave my mark in Juve. We will achieve great results
The Coach Of Benfica: I don't want us to look like the current Barcelona, it has nothing
Guardiola on returning to Barca: I'm happy at Manchester City. I hope to stay here
Fabinho will not play with West ham due to injury
Ronald Koeman: Maradona was the best in his time. Now the best Messi
Source https://www.theage.com.au/national/nsw/inner-west-council-boss-foreshadows-resignation-amid-tense-relationship-with-mayor-20200924-p55yw0.html?ref=rss&utm_medium=rss&utm_source=rss_feed