The vendor, Winnipeg Textiles, will lease back the 7821 sq m warehouse and office for a 2.5 year period.

Colliers International agent Charlie Woodley, who negotiated the deal, said "the infill market location is a key focus for developers, investors and occupiers." 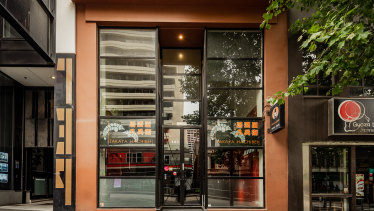 Cadence managing director Charlie Buxton said "West Footscray is one of the fastest gentrifying suburbs in Melbourne and we envisage strong underlying land value growth whilst we undertake a value-add strategy. This is our second industrial syndicated investment this financial year and while the Victorian lockdown has presented challenges, we have continued to stay active, closing multiple deals in Victoria and around Australia," Mr Buxton said.

The property is on the corner of Indwe Street, opposite Hansen Reserve and located between West Footscray and Tottenham railway stations.

Investors have been digging deep into their pockets for the second week of auctions.

A high-net-worth family paid $8.3 million - $1 million over the reserve - for an industrial holding at the top of Church Street on the Yarra River.

The family of Australia's chief science officer, Alan Finkel, had owned the 2520 sq m property at 53-58 Church Street for decades.

Gross Waddell agent Alex Ham said about 50 people attended the auction and five bidders competed for the leased property, which sold on a stunningly sharp 2.9 per cent yield.

A yield that low indicates the acquisition is not just an investment but a land banking opportunity.

Three tenants lease the buildings on the site returning $217,500 a year. Buyers advocate Heath Bedford acted for the buyer.

A double-storey restaurant at 143-145 Bourke Street is going to market for the first time in more than 50 years.

Formerly the Izakaya Hachibeh Japanese restaurant, the 205 sq m restaurant is squished between new towers on the east end Bourke Hill - Quest on Bourke on one side, Metropolitan apartments and the Citadine hotel on the other. The Southern Cross office towers are a short walk away.

The building, remodelled in the late 1970s, is on a 166 sq m parcel of land with rear entry to Coromandel Place and a direct line to Golden Age's new strata office project at 130 Little Collins Street.

Records show the Freeman family paid just $80,000 for the property in 1969 and can expect around $5 million this year. 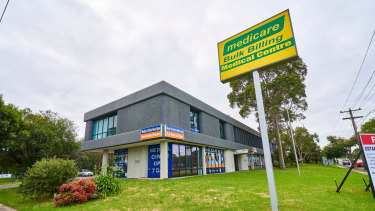 The carwash portfolio, which is going to auction on December 10, is expected to fetch around $7 million.

The 26-year-old franchised chain has 20 sites and is one of the country's biggest carwash and detailing businesses. The three sites have 10-year leases in place.

Mr Roda said the sales will help "free up capital and underpin the next growth phase of the business".

"We are looking for more sites around the country. The industry has proven to be robust since we started 26 years ago and operations have rebounded strongly since the various state lockdowns."

Mr Hawthorne said: "Each site is on a large, high-exposure landholding with flexible zoning, suitable for multiple development outcomes in the future."

A law firm has purchased 255 Coventry Street in South Melbourne for $2.7 million on a 4 per cent yield, about 12 months after it first went on the market.

The sitting tenant, Hoxton Hair, has been cutting and dying in the shop for about 15 years and has one year remaining on its lease and a five-year option. 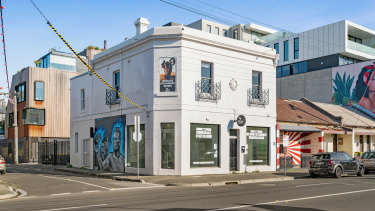 Windsor-based Dragonfly Flowers & Designs is making its first foray north of the Yarra into the Brunswick Street precinct.

Fitzroys agent Lewis Waddell has leased 154 Johnston Street on a five-year term (with two five-year options) paying $75,000 a year. The double-storey 240 sq m building is on the corner of Hartford Street with room at the rear for on-site parking.

Mr Waddell also recently leased 127 Greville Street, Prahran to online florist Honeybee and Blossom, who sold so many flowers during lockdown that it opened a bricks and mortar shop.

Florists and plant shops performed well during COVID because more people were working from home and putting more time and energy into their work and living spaces, he said.

A doctor has snapped up the former ANZ branch in Mount Waverley for $7.2 million, with plans for a new medical clinic. The 1000 sq m building is on 4500 sq m of land at 533 Blackburn Road, on the corner of Lionel Road, near Waverley Private Hospital.

Already converted into a medical centre, it was sold vacant with a permit for 19 health practitioners by CBRE agents Sandro Peluso and Marcello Caspani-Muto.

There had been strong levels of interest from healthcare groups during 2020 with owner-occupiers and super-clinic developers keen to get a foothold, Mr Caspani-Muto said.

"An underlying permit for 19 practitioners holds substantial value for medical groups who can turn the property into a one stop shop with GP, physiotherapy, radiology and pharmacy services," he said.

The property, which has parking for 57 cars, is next door to the fully leased office complex at 541 Blackburn Road, which fetched $21.83 million last year.

Also changing hands is the Woodleigh Waters Medical Clinic at 137 Moondarra Drive, Berwick for $5.05 million on a yield of 5.8 per cent; and the Kingsway Medical Clinic at 5/40-42 Montclair Avenue for $1.296 million.

Agent about Wendel in Zenit: A risky deal, may not be justified
Shevchenko about Ukraine at Euro 2020: Goal-minimum-exit from the group
Tottenham are Interested in Southampton's top scorer Ings. He has 7 goals in 13 Premier League games
Midfielder Loko Berkovskiy focuses on de Bruyne: I give passes more often, I don't hit many goals, but I draw conclusions
Ex-coach Genoa Nicola took charge of Torino
Lampard on 8th place Chelsea: I can handle the pressure
Wegorst-the first in the history of Wolfsburg to score 12 goals in the 1st round of the Bundesliga. He is in the top 3 of the goalscoring race
Source https://www.smh.com.au/business/companies/inner-west-gentrification-lures-buyers-20201126-p56i83.html?ref=rss&utm_medium=rss&utm_source=rss_feed

Germany warns of border closures amid fear of virus mutations

Minister blows whistle on water safety ahead of Australia Day heat, amid spate of drownings

'Coming towards me at great speed': Inside Queensland police's X-Files

Beach houses on sale for less than $400k

Inquest to hear man stabbed himself before he was Tasered twice

Biden can make a big difference simply by not being Trump

Jazz writer caught the light of music and oceans in words

Banking drama Industry focuses on the little fish, not the 1 per cent

A sober and weird look at the madness of love

Tokyo Olympics ‘unlikely’ to go ahead

When we’ll know if we can fly overseas

No freight? No worries: Northam artist bikes, trains works to Sculptures by the Sea

No freight? No worries: Northam artist bikes, trains works to Sculpture by the Sea

How hooning could save lives

Woods has fifth back surgery, will miss Torrey Pines and Riviera

Stars align for BHP to scrap its UK dual listing

West Australian barley could be bound for bottles of Corona

At least one tennis player has class

In one of his final acts, Trump declassifies documents on FBI's Russia probe

Why are sea shanties suddenly all over social media?

Out of office, a financial minefield awaits Donald Trump

'These people have no idea': Spanish star Bautista Agut apologises after comparing lockdown to prison

Australia's frailty has been exposed and Paine is under huge pressure

The rise of natural solutions in joint health

Greater Brisbane '100 per cent' on track to see restrictions lifted

Dad shamed for showering with daughter