Actress Kelly Preston, whose credits included the films Twins and Jerry Maguire, died on Sunday, her husband John Travolta said. She was 57.

Travolta confirmed his wife's death in an Instagram post late on Sunday, US time. He said she died after a two-year battle with breast cancer. 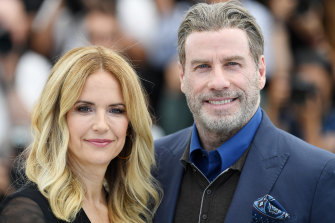 Kelly Preston, pictured with her husband John Travolta at the Cannes Film Festival in 2018, has died at age 57. Credit:Pascal Le Segretain/Getty Images

"It is with a very heavy heart that I inform you that my beautiful wife Kelly has lost her two-year battle with breast cancer," Travolta said of his wife of 28 years. "She fought a courageous fight with the love and support of so many."

Preston had a lengthy career on film and television and at times appearing in films with her husband. They had three children together. 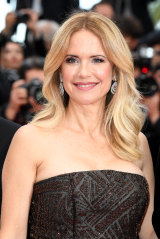 Preston and Travolta were married at a midnight ceremony in Paris in 1991 while the couple were expecting their first son, Jett.

In January 2009, Jett Travolta, 16, died after a seizure at the family's holiday home in the Bahamas. The death touched off a court case after an ambulance driver and his attorney were accused of trying to extort $25 million from the actors otherwise they would release sensitive information about their son's death.

Travolta testified during a criminal trial that ended in a mistrial and was prepared to testify a second time, but decided to stop pursuing the case. He cited the severe strain the case and his son's death had caused the family.

Both Preston and Travolta returned to acting, with Preston's first role back in the Nicholas Sparks adaptation, The Last Song, which starred Miley Cyrus and her future husband, Liam Hemsworth.

They had two other children, daughter Ella Bleu in 2000 and son Benjamin in 2010.

Travolta and Preston met while filming 1988′s The Experts.

They last starred together in the 2018 film Gotti, with Travolta playing John Gotti and Preston playing the crime boss' wife, Victoria.

Barca presidential candidate Font about 2:8 from Bavaria: Humiliation. No need to prolong the agony, Bartomeu-resign
Frankie de Jong: Barca have a lot of problems, the match with Bayern showed that. A lot of things need to change
Philippe Coutinho: it was unusual to Play against Barca, but I have a contract with Bayern
Bartomeu does not intend to retire after 2:8 from Bayern
Bayern punished Barcelona for an 8-man defense. In this match, Messi was the problem, not the solution
L'equipe put Setien one for 2:8 with Bayern. For the first time, such an assessment was received by a coach
Pozornik! Barca fans met the team at the hotel after 2:8 from Bayern
Source https://www.theage.com.au/culture/celebrity/kelly-preston-actress-and-wife-of-john-travolta-dies-at-57-20200713-p55bnt.html?ref=rss&utm_medium=rss&utm_source=rss_culture