A man has been charged after allegedly detaining two 15-year-old boys while falsely identifying himself as a police officer.

Police were made aware of a video where the 36-year-old allegedly detained the boys on October 10 in Gympie while telling them he was a police dog squad member. 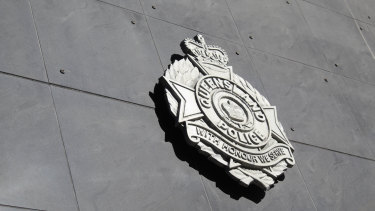 Several endangered animals were also found at the property.

Police also believe the man has been detaining people and identifying himself as a police officer since 2017 in Brisbane and Gympie.

The 36-year-old Jones Hill man has been charged with two counts of assume designation or description of a police officer, and a count of falsely representing to be a returned soldier.

He has also been charged with 15 counts of deprivation of liberty, four counts of common assault, two counts of possessing restricted items, and one count each of threatening violence and unlawfully possessing a weapon.

He has been denied police bail and will appear in Gympie Magistrates Court on Monday.

Investigations into the endangered animals are continuing with Queensland Parks and Wildlife and the Department of Fisheries.

Police are appealing to anyone who may have had similar interactions to come forward.

Goodbye, Dad Buba Diop. Thanks to you, I lived the most memorable tournament of my childhood
Nuno about 2:1 with Arsenal: We played amazing, very proud. Jimenez recovered
Arsenal scored 13 points in 10 opening matches - the worst result in 39 years
West Brom can be bought by us investors. The Chinese owner of the club wants 150 million pounds
Lampard on Mourinho's words about ponies: You have Kane, Son, bale and alli. We are all fighting to win the Premier League
Mourinho on winning the Premier League: Tottenham are not in the race, because we are not a horse, but a pony
Laurent Blanc: I will return to football, but in children's. Now coaches are being asked to increase the cost of players, I don't like it
Source https://www.smh.com.au/national/queensland/man-allegedly-detained-15-year-old-boys-and-posed-as-a-police-officer-20201026-p568if.html?ref=rss&utm_medium=rss&utm_source=rss_national

Pauline Hanson and a sad koala steal the show

It was a heroic effort – but did the online Fringe really cut it?

The effortless genius of the man they call Chick

'Too big': Government to separate Health and Human Services departments

Warner, Cummins to miss rest of white-ball series against India