Propelled by the Oils' unmistakable brass-studded attack, it is an uncompromising song of rage on behalf of the First Nations people acknowledged in the song's title and represented more broadly by the guest performers. 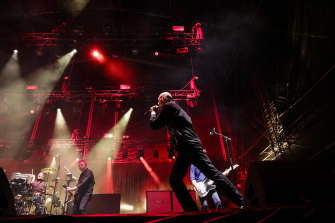 Hirst told Koori Radio that he lives on Gamaragal land on Sydney's north shore, but most of his schooling was on Gadigal turf, south of the Harbour.

"I love the place, and the more I read about its history and discover middens close to where I live … the more I'm drawn to the fact that over 232 years, Europeans have just been here a fraction of the time and we’re only still catching up," Hirst said.

"Hopefully this song will spread the Gadigal name a bit further and people will start to understand that the Gadigal people, part of the larger Aboriginal Nations, are the original Australians here and we've got to pay more attention to that." 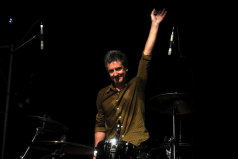 Lawrie is a senior Mirning elder, whale songman and pioneering indigenous rocker with his band Coloured Stone. Invited to the Makarrata sessions by Hirst late last year, Lawrie found himself contributing clapsticks and the refrain of "wenyo, wenyo, wenyo", a welcoming greeting in his language.

"Midnight Oil, we've been brothers and friends for a long time, since the time we started playing, 1983 onwards," Lawrie said from Adelaide, where he is deeply engaged in the fight to defend the Great Australian Bight and its whale sanctuary from commercial oil drilling interests.

"We love rock music," he said. "Music is healing to us. When we play we heal the land, we heal our people, we heal anyone who wants to get up and dance with us. That's what our passion is and also our culture. It's looking after country and doing the right thing by planet Earth."

Midnight Oil and Sony Music have pledged proceeds from The Makarrata Project to organisations seeking to advance the Uluru Statement from the Heart: a call from First Nations people for greater representation and autonomy in government affairs.

Lawrie said recent challenges presented by bushfires, floods and the COVID pandemic could benefit from consultation with the country's original owners.

"I can show you a letter that my grandfather wrote to the government more than 100 years ago, to work together in harmony, but they never answered him back and to me that's not fair," he said.

"I just hope that one day the government's going to do the right thing. It's unfair that Aboriginal people don't get a right and an opportunity to look after their own affairs and do it their way, because they do it in the right way. These are people who know the land, who hold the wisdom … We're saying, 'Can't we work together in harmony and be friends?'" 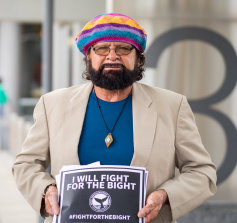 Hirst told Koori Radio there may be other songs previewed from The Makarrata Project prior to its scheduled October release. "It's dedicated to a greater awareness of what is contained in the Uluru Statement From the Heart. We really need to get behind it, especially the 'makarrata' part of it," he said, referring to the Yolngu concept of truth-telling, resolving conflict and moving forward.

Gadigal Land is released on Friday. Midnight Oil will perform the song as part of the live-streamed National Indigenous Music Awards on Saturday night from 7pm.

Atletico showed a photo of Suarez in three sets of uniforms
Lemar is Interesting to Leipzig
Chelsea midfielder Loftus-cheek is wanted by West ham, Southampton and Aston Villa
Khimki want to sign Mirzov, Djordjevic and Grigalava (RB-Sport)
Barcelona will issue a transfer for desta for 20+5 million euros at the beginning of next week
Nigmatullin about Mandzukic's transfer to Loko: if it had happened 5 years ago, I would have treated it well. They often come to us to finish playing
Petr Cech on Mendy: A versatile goalkeeper. Should increase competition at Chelsea
Source https://www.theage.com.au/culture/music/midnight-oil-s-gadigal-land-is-an-uncompromising-song-of-rage-20200806-p55j89.html?ref=rss&utm_medium=rss&utm_source=rss_feed