Millions of Australians are asking electricity retailers for help with their bills or expect do so shortly, in the latest indication of the worsening economic hardship inflicted by coronavirus.

As the nation's jobless rate passes 7 per cent and workers face reduced hours, the Australian Energy Regulator said 94,000 customers had been accepted for payment plans up to the end of March, excluding Victoria, which has different reporting arrangements, and more than 1000 customers were seeking assistance each week. 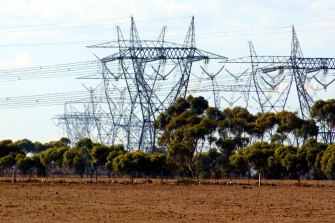 Millions of Australians are contacting their electricity retailers seeking assistance with bill payments as the coronavirus downturn impacts the economy. Credit:Jamie Davies

New research provided to The Sydney Morning Herald and The Age suggests the problem could become even more acute, with one in five Australian households expecting to contact their retailers seeking bill relief in the near future.

"It indicates that millions of Australians are looking to their retailers for support," ECA chief executive Lynn Gallagher said.

"Almost half (49 per cent) are feeling less able to pay their energy bill than before the crisis and 67 per cent are expecting a higher electricity bill with the impact of social isolation and working from home," Ms Gallagher said.

Electricity bills were the most pressing issue for households, with three out of four listing power prices as one of their top three cost of living concerns, she said.

The Australian Energy Market Commission's Retail Energy Competition Review, released this week, said some retailers had "reported they are expecting the level of bad debts to double", while the level of debt customers are in when they enter hardship plans had jumped 15 per cent since December.

Ms Gallagher said half of all bill payers who sought bill relief from their retailer "did not receive help that was useful".

In March the regulator and Energy Minister Angus Taylor issued a statement of expectations to retailers warning them not to disconnect households in financial distress.

Some relief could be on the horizon for customers if wholesale power price reductions are passed on by retailers to lower household power bills.

Wholesale prices have been falling sharply across the nation following an influx of cheap renewable energy into the grid and a slump in power demand caused by offices, small businesses and factories temporarily shutting down.

The nation's largest energy retailer, AGL, has told customers it would cut retail prices by an average of 2.5 per cent in South Australia and 1.2 per cent in Queensland. Its prices remain flat in NSW.

Mr Taylor said he wanted retailers to pass on wholesale electricity prices, which "are the lowest they have been since 2015, with 10 straight months of reductions".

"The government has a clear expectation these large reductions in wholesale prices will be passed through by retailers," Mr Taylor said.

Mike is the climate and energy correspondent for The Age and The Sydney Morning Herald.

Business reporter for The Age and Sydney Morning Herald.

Goretska Pro 8:2 with Barca: This is only the first of three steps
Matteus on the defeat of Barca: it is Painful to see what happened to the team that inspired us for so many years
Bartomeu met with Pochettino this week. He could replace Sethien at Barca
Salihamijic Pro 8:2 with Barca: Bayern are very happy, but they want more
Recently, Mueller did not want to renew his contract with Bayern. Now he's turning the football around
The baby may get angry and leave. Luis Suarez Miramontes about Messi
Joan Laporta: bartomeu's Words are a manifestation of cowardice and failure
Source https://www.theage.com.au/politics/federal/millions-of-households-seek-help-with-power-bills-amid-covid-downturn-20200702-p558dh.html?ref=rss&utm_medium=rss&utm_source=rss_feed