New pandemic rules: When you are right and everyone else is wrong

Although the easing of restrictions is welcome, it's given rise to a new challenge for those living with others. How do you handle conflict when you and your partner or flatmates differ on how to interpret the new rules?

John Gottman, professor emeritus at the University of Washington and co-founder of the Gottman Institute, has studied relationships for more than 40 years. One approach he uses is to ask couples to engage in a 15-minute conversation to resolve a conflict presented by one of them.

Interviews were videotaped, and exchanges later coded for negative emotions such anger, contempt and fear/tension, and positive expressions such as affection, joy and humour. 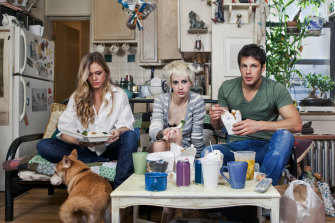 Avoid criticism, defensiveness, stonewalling, and most of all, contempt when dealing with others in your space.

What can we learn from these and related studies to help those living together when facing this new and unprecedented challenge?

1. Talk regularly, but not face to face or amid distractions. Set aside time once — or better, twice — a week to talk about exactly what "easing" means to each household member. Twenty to 30 minutes is ideal. If you have children, wait until they're in bed. Turn off phones and screens, but if possible, discuss while doing something that avoids face-to-face interaction, such as taking a walk or washing up. Looking at one another directly is more likely to trigger aggression and defensiveness; moving about diffuses anxiety.

2. Listen fully and pick up signs of distress. Simply showing you've noticed emotional discomfort avoids escalation, and means the other person feels reassured you care about how they're feeling.

4. Strive for equality. Gottman and Levenson also found same-sex couples maintained equal respect for one another's views more often. They suggest this may be because there are fewer implicit biases about who's "in charge" in same-sex relationships. Try not to assume you know "better".

5. Avoid negativity. Gottman has found the most toxic responses are those that show criticism, defensiveness, stonewalling, and most of all, contempt. Avoid them.

6. Expect to compromise. If each of you feels confident their suggestions will be considered thoughtfully, you'll be more likely to find one solution (among many) that suits everyone well enough.

8. Be quick to repair. If you sense negativity escalating, say or do something to defuse the situation. Gottman refers to this as "repairing".

9. Keep talking. Everything is changing, so talk regularly, prioritising honesty and kindness.

Ole Gunnar Solskjaer: I Think it was a penalty against Aston Villa
Philadelphia played in t-shirts with the names of black people who died at the hands of the police
Kompany tries everything at Anderlecht: he coached without a license (terrible), played 15 matches and invested 3 million euros in the club
Aston Villa coach on Manchester United penalty: A shameful decision
Paul Pogba: Winning the Europa League and the FA Cup are two of Manchester United's goals for this season
Manchester United's first ever Premier League win 4 consecutive games with a difference at least 3 goals
Brunu has scored 7 (4+3) points in his last 3 games for Manchester United
Source https://www.smh.com.au/lifestyle/life-and-relationships/new-pandemic-rules-when-you-are-right-and-everyone-else-is-wrong-20200617-p553dy.html?ref=rss&utm_medium=rss&utm_source=rss_lifestyle

'I want to keep coaching here': Why Pay believes he's the man for Dogs job

Are the inmates running the Asylum? Broncos reveal switch to player power

Bumper dingo breeding season despite - or because of - bushfire smoke

Why the AFL grand final should be in NSW

The godfathers of coaching and how they shaped the modern game

High horses: the fight to save Australia's alpine brumbies

'We can beat this together': Readers respond to coronavirus lockdown, take two

One in three Melbourne CBD apartments sold at a loss in March quarter: CoreLogic

‘WE GOT SO CLOSE’: What Australia has to do to eliminate the coronavirus

The tragedy of Mary and William, and a federation in chaos again

More than dumb luck: how For Dummies became an empire by showing people what to do

The Crown backpedals as Netflix announces a sixth season

WARNING TO WOOLIES SHOPPERS: Customers at risk after virus case

‘Scarring in the economy’: Job losses continue to batter the US

For years I kept dating the same type of man, until I had a revelation

House ‘not for faint-hearted’ lacks toilet

'Market is starting to worry': Wall Street is getting nervous about the idea of President Biden

Depp wrote message to wife on mirror in his own blood, court hears

Ticketing nightmare looms as Western Derby crowd looks set to be capped at 30,000